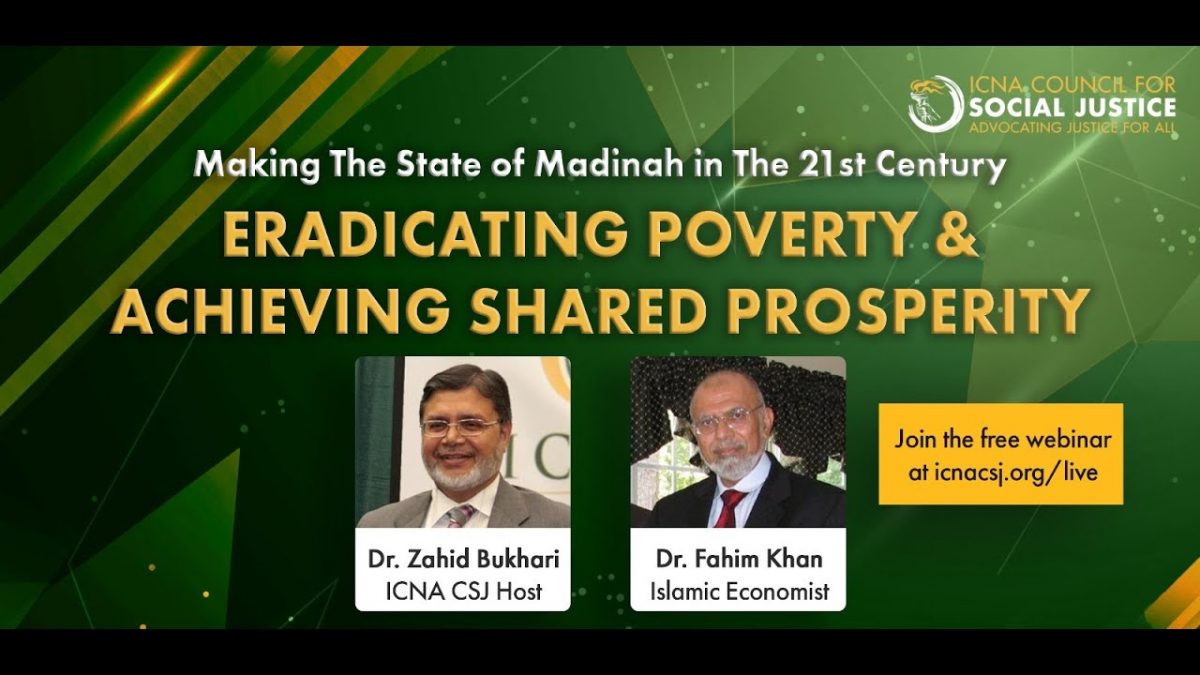 A renowned Islamic economist proposes a mosque based economic activity as a model for governance in any country that shows how to develop an institutional framework to make people, not the government, responsible for making the country not only hunger-free and poverty-free but also its Economy moving towards Shared Prosperity and sustainable development.

Mosque in the Model is not any mosque but it is a mosque that will reflect Madinah Mosque that had served as an economic institution as well 1400 years ago. The starting point in the model will be the concept known as Muwakhaat that our Prophet Muhammad (peace and blessings be upon him) introduced for the welfare of deprived people who migrated from Makkah to Madinah in 622 AD.

The model will be a guide to economic planners for policies in all Muslim countries and NGOs in all Muslim communities on how to properly channelize the spendings as Zakat, Sadaqaat, Khairat, and infaq, using the concept of waqf in an organized and planned way to help poor people in getting out of poverty trap.

Dr Fahim Khan – with Masters degrees in Political Economy and Ph.D. in Economics from Boston University, USA, has more than 40 years of experience in economic policy & planning as well as in teaching & training in Economics – will explain this model. He served in senior positions in Ministry of Planning of Pakistan, International Islamic University and in Islamic Development Bank, Jeddah. He also served as Adviser to the Governor of State Bank of Pakistan and has been a member of the Committee on Transforming Financial System.