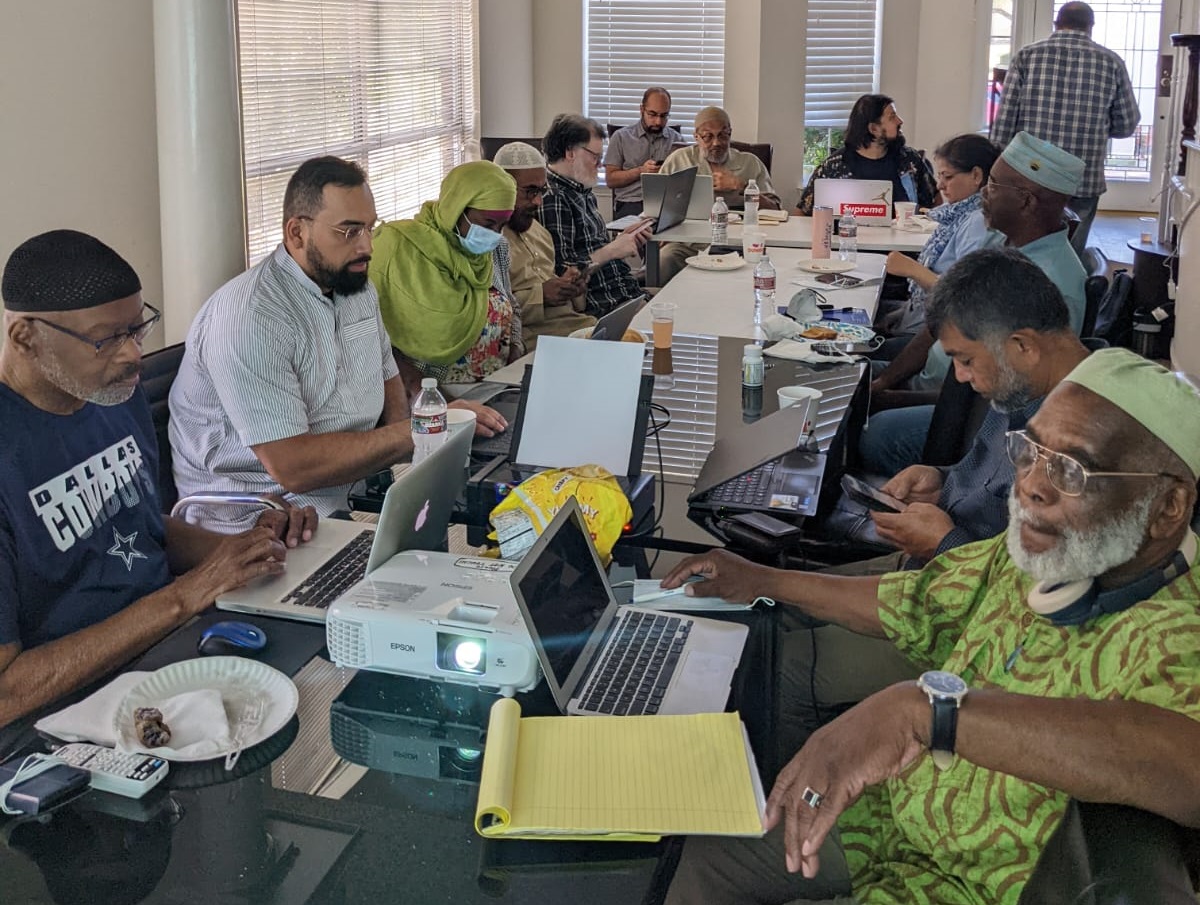 The Muslim Alliance for Black Lives, MABL, held its National Leadership Summit in Dallas, Texas on July 23-24. Members of MABL’s Steering Committee had met virtually every week for the last 14 months due to precautions imposed by the Covid-19 pandemic. The National Leadership Summit was the first in-person gathering of chapter convenors and co-convenors as well as national department heads and guests. Twenty-four representatives from Dallas, Fort Worth, Houston, New York City, Trenton, NJ, and North Carolina were in attendance physically with an additional six other persons joining the proceedings virtually from Seattle, WA, Waco, TX, Fort Worth, and New Jersey.

MABL is a pioneering grassroots initiative of ICNA Council for Social Justice that attempts to leverage the diversity of the Muslim community in the United States for the benefit of inner-city residents, particularly African American Muslims. The Muslim community in the United States is recognized as being one of the most well-resourced bodies of Muslims in the world. Yet, due in part to structural racism and systemic denial of earning potential existing in this country, inner city Muslims, oftentimes African Americans and Latinos, are too often under-resourced in their efforts to establish viable masajid and organizations. MABL exists as a conduit to bring human, material, financial resources, information, and social justice advocacy to these impacted neighborhoods. The MABL National Leadership Summit continued the ongoing process of strategizing ways to alleviate and eliminate these inequities in inner city Muslim communities.