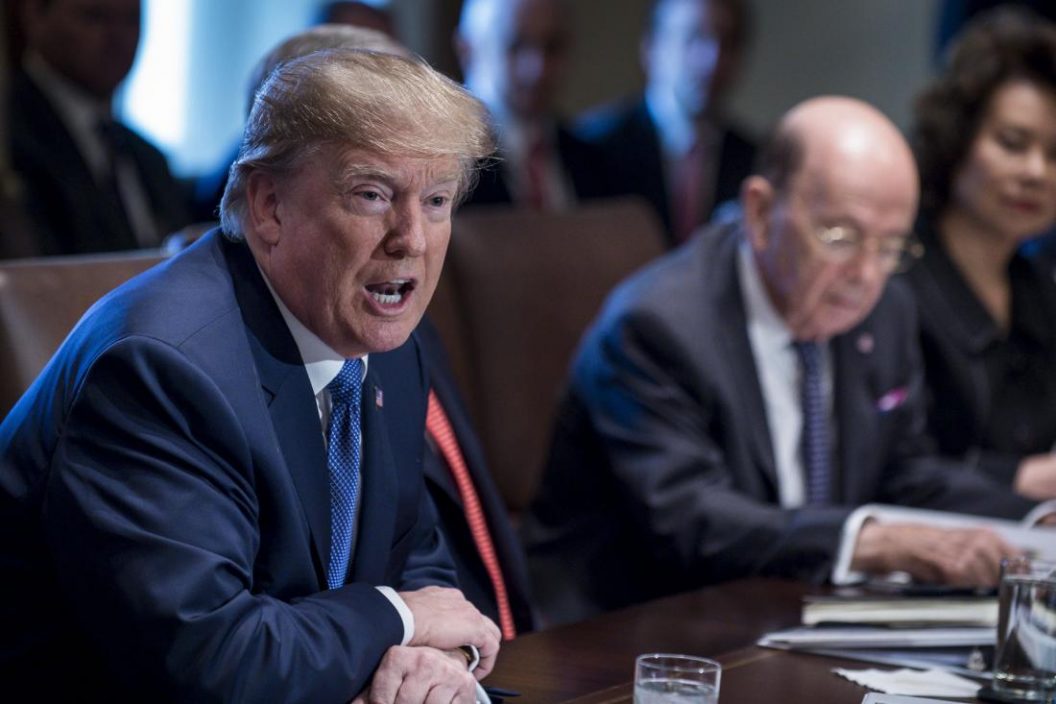 In the past, Trump has often brought up the Diversity Visa Program– and each time he does, its always been followed by a vow to scrap it. The program was originally enacted in hopes of promoting diversity by giving the opportunity for 50,000 people from countries with low immigrant populations in the United States to get a permanent resident card.

But a recent interview with a lawmaker indicates that Trump may very well be close to getting his way this time. The lawmaker stated that negotiations on the topic of immigration are taking place behind closed doors, and that those negotiating are looking for a compromise on a pathway to citizenship for dreamers (undocumented immigrants who crossed the border as children with their parents)— but potentially at the cost of the Diversity Visa Program.

This isn’t the first time someone’s tried repealing the program; one can date this act back to 2005. Several bills have been on the house floor regarding immigration reform and the program has been under fire multiple times since then, but never has one managed to fully repeal the program. Recent outrage is fueled by Sayfullo Habibullaevich Saipov’s attack in Manhattan, where he drove his truck in a designated bike lane which killed eight and injured eleven. The outrage from this event may increase the odds of the program’s repeal, as Saipov was an Uzbek who came to America on the wing of the Diversity Visa Program. Opposers of the program are using this to claim that the lottery is a dysfunctional program. Though instances like this are infinitesimal, this narrative paired with the desperation from both sides to have something in place for dreamers, may lead to the Diversity Lottery becoming the lost bargaining chip in these negotiations.

In spite of any discouragement, the concern regarding the Diversity Visa Program is, quite frankly, ignorant and baseless. Trump’s comments show a lack of knowledge as to how the program itself even works. Firstly, he and other dissenters of the program claim that countries pick the worst of the worst to be shipped over to the United States– but that’s just false. Individuals, not countries, place their names in the lottery– and contrary to comments from the White House, they are not brought to the country with no vetting or security. All potential diversity visa holders undergo the same vetting as under every other immigration process– including reviewing of passports, police and medical records, photographs, and English translations of verifying documents. All are interviewed by officers and undergo strict background checks, as eligible visa recipients must not have a criminal history. In addition, to be eligible for the program you must come from an eligible country and have the equivalent of a high school education and two years of work experience.

Concerns regarding national security are also brought forth, but the only terrorists who came on the wing of the Diversity Visa Program were mainly radicalized in the United States, such as Saipov. Not to mention, the Diversity Visa Program is not the program of choice for terrorists entering the United States because the odds of actually winning are infinitesimal as millions around the world apply each year, and the vetting process is extremely thorough.

Though this program could definitely be improved on as with all other programs, such as focusing on on the verifiability of documents abroad, it is definitely not one weak enough to be scrapped, and is essential to our country’s philosophy. People may be willing to compromise this program to save the dreamers, but as the child of an immigrant who came to America on the Diversity Visa Program, I tell the President and congress that this program is something we most definitely need in place to ‘Make America Great Again’. My parents contribute to this economy and its industries, developing the software programs for our government and training our government officials in foreign languages. We’ve put our blood, sweat, and tears into this country just to call ourselves a part of it, and we are just as a part of America as our white neighbors.

This lottery program is the embodiment of the American dream. It extends the golden ticket of freedom and economic opportunity to all, and getting rid of it would be a kick back against the American spirit. Call your congressperson to tell them you want the Diversity Visa Program!