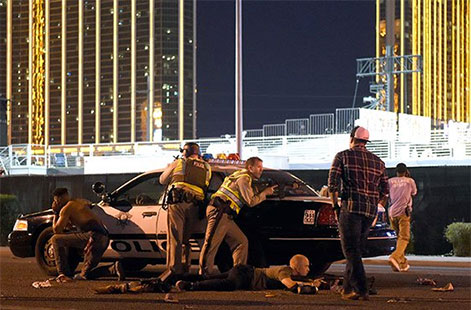 The Islamic Circle of North America expresses its strongest condemnation of the horrific shooting that took place last night in Las Vegas, Nevada. The indiscriminate attack killed 58 and injured 515 according to the latest media report​​s.

“Our prayers and sympathies are with the victims of this cowardly attack” said Javaid Siddiqi, President, ICNA.

We are alarmed at the rise of cases of domestic terrorism and gun violence in our country. There should be no place in our society for indiscriminate violence of this magnitude. There have been 213 mass shootings this year according to Gun Violence Archive, causing the deaths of many innocent men, women and children across the country.