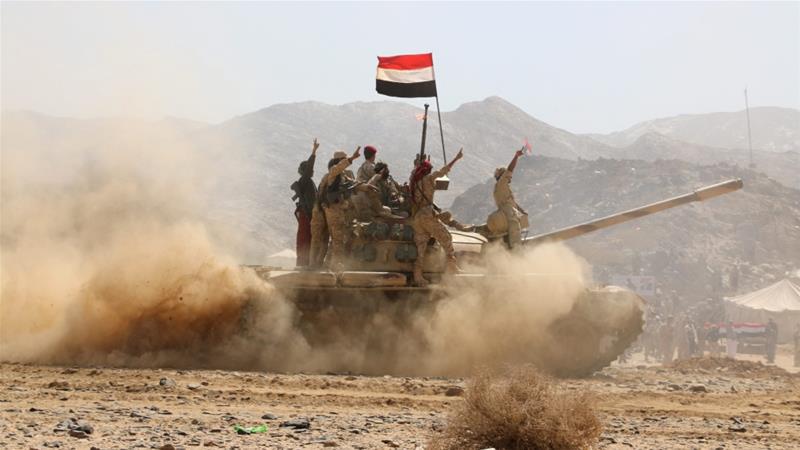 For three years, Yemen, the Arab world’s poorest country, has been wracked by a bloody war between the Houthi rebels and supporters of Yemen’s internationally recognised government.

The Houthis and the Yemeni government have battled on and off since 2004, but much of the fighting was confined to the Houthis’ stronghold, northern Yemen’s impoverished Saada province.

In September 2014, the Houthis took control of Yemen’s capital, Sanaa, and proceeded to push southwards towards the country’s second-biggest city, Aden. In response to the Houthis’ advances, a coalition of Arab states launched a military campaign in 2015 to defeat the Houthis and restore Yemen’s government.

Here are some key facts about Yemen’s complex war:

Civilian casualties in Yemen are high.

Getting accurate information on the death toll is difficult, but Save The Children estimated at least 50,000 children died in 2017, an average of 130 every day.

The United Nations High Commissioner for Human Rights, has estimated that Saudi-led coalition air attacks caused almost two-thirds of reported civilian deaths, while the Houthis have been accused of causing mass civilian casualties due to their siege of Taiz, Yemen’s third-largest city.

Millions of Yemenis have been displaced.

The United Nations Office for the Coordination of Humanitarian Affairs (OCHA), estimates that more than 3 million Yemenis have fled their homes to elsewhere in the country, and 280,000 have sought asylum in other countries, including Djiboutiand Somalia. As reported by Al Jazeera, internally displaced Yemenis often must cope with a lack of food and inadequate shelter. Many Yemenis who have not fled are also suffering, especially those in need of healthcare.

Many foreign countries are involved in Yemen’s war.

In 2015, Saudi Arabia formed a coalition of Arab states to defeat the Houthis in Yemen. The coalition includes Kuwait, the United Arab Emirates, Bahrain, Egypt, Morocco, Jordan, Sudan and Senegal. Several of these countries have sent troops to fight on the ground in Yemen, while others have only carried out air attacks.

The US government regularly launches air attacks on al-Qaeda and Islamic State of Iraq and the Levant (ISIL, also known as ISIS) targets in Yemen, and recently admitted to having deployed a small number of troops on the ground. The US, along with other western powers such as the UK and France, has also supplied the Saudi-led coalition with weapons and intelligence.

Iran has denied arming the Houthi rebels, but the US military said it intercepted arms shipments from Iran to Yemen this March, claiming it was the third time in two months that this had occurred. Iranian officials have also suggested they may send military advisers to support the Houthis.

Events in Yemen are viewed as part of Saudi Arabia’s ‘cold war’ with Iran.

Saudi Arabia shares a long, porous border with Yemen, and it fears what it sees as Iranian expansionism through its support for Shia armed groups. Commentators in the Arab Gulf States often claim that Iran now controls four Arab capitals: Baghdad, Damascus, Beirut and Sanaa.

In Syria, Saudi-backed rebels are fighting against Bashar al-Assad’s government, which is supported by Iran. Lebanon is another arena of conflict: Iran sponsors Hezbollah, the Shia militia and political movement, while Saudi Arabia supports the predominantly Sunni Future Movement.

Tensions between Saudi Arabia and Iran were ratcheted up even further earlier this year, when Saudi Arabia executed Shia Muslim leader Nimr al-Nimr and Iranian protesters attacked the Saudi embassy in Tehran.

Yemen was ruled for a millennium by Zaydi Shia imams until 1962, and the Houthis were founded as a Zaydi Shia revivalist movement. However, the Houthis have not called for restoring the imamate in Yemen, and religious grievances have not been a major factor in the war. Rather, the Houthis’ demands have been primarily economic and political in nature.

In 2013, Yemen’s National Dialogue Conference was launched, and was tasked with writing a new constitution and creating a federal political system. But the Houthis withdrew from the process because it left Yemen’s transitional government in place. Further inflaming matters was the fact that two Houthi representatives were assassinated during the conference’s proceedings.

The government’s decision to lift fuel subsidies in July 2014 angered the Yemeni public and sparked massive street protests by Houthi supporters and others, who demanded that the government step down. The Houthis proceeded to take over Sanaa in September, forcing the government to flee.

The Houthis were assisted in their advance by former Yemeni President Ali Abdullah Saleh, who was overthrown by protests in 2011, and his supporters.

Al-Qaeda and ISIL have spread as a result of the chaos.

Yemen has long been home to an al-Qaeda franchise, regarded as one of the most dangerous branches of the organisation. Yet the armed group was able to expand its footprint in Yemen amid the chaos following the ousting of Saleh in 2011, taking control of territory in southern Yemen.

Since the start of the war last year, al-Qaeda has launched several attacks on Houthi rebels, whom it views as infidels. In 2015, al-Qaeda took over Mukalla, a provincial capital and the fifth-largest city in Yemen. However, in April 2016, 2,000 Yemeni and Emirati troops launched a ground raid on Mukalla and drove al-Qaeda from the city.

ISIL announced the formation of a wilaya, or state, in Yemen in December 2014. In March 2015, it claimed its first attack in Yemen: suicide bombings in two Sanaa mosques used by Zaydi Shia Muslims, which killed more than 140 people.

Providing aid to civilians in Yemen is very difficult.

Across Yemen, aid organisations are facing major obstacles to helping Yemenis in need of food, medicine, and other essentials. The Houthi siege of parts of the city of Taiz has prevented critical medical supplies from arriving.