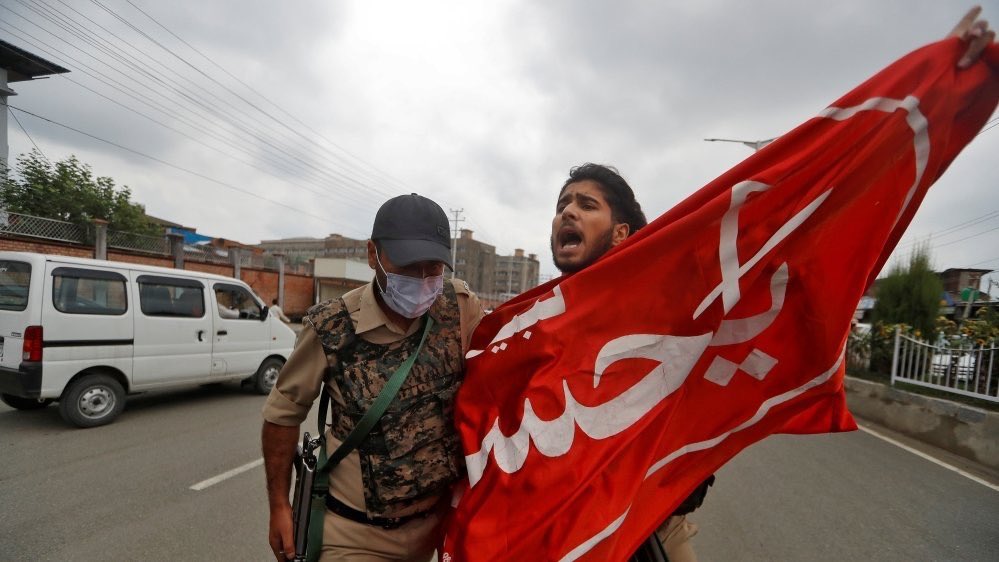 In Srinagar, police fired tear gas and warning shots to disperse Shia Muslims who were attempting to participate in Muharram processions. Dozens of worshippers and people were detained.

Security restrictions by Indian forces ban the procession; however, hundreds of Shia Muslims took to the streets to congregate.

Yahoo News reports that government forces used batons to beat journalists who were covering the procession, and that authorities erected steel barricades and barbed wire to block the crowns.

Police inspector Vijay Kumar said that, “We respect the religious sentiments and practices of all, but at the same time, it is also our joint responsibility to defeat the ill designs of vested interests who try to disturb the peaceful atmosphere,” alluding to the idea that Muslims are not peaceful when they congregate.

It is obvious that the dispersing of crowds is Islamophobic in essence, as Modi and BJP were encouraging and promoting an annual Hindu pilgrimage in the valley to the Amarnath Shrine. This shrine draws hundreds of thousands of visitors, and was promoted during the height of India’s COVID-19 surge back in March of this year.

Tear gas and shots are common tactics used by Indian forces against Kashmiri protesters, civilians, men, women, and children. The Indian forces have created generations of Kashmiris who are blinded, disabled, or abused by Indian tactics, trying to suppress Kashmiri independence.

Indian forces do not respect Muslim worship, but rather will utilize Muslim congregation as a means to attack Kashmiri citizens. The occupation of Kashmir is thus an occupation of territory, but also a means to destroy the Kashmiri conscious.

Each year, the Kashmiri Shi’a community is met with brutal force & violence from the indian armed forces and state police that occupy Kashmir. Mourners are beaten, detained, and jailed during ceremonies and during juloos (processions). Pic: Danish Ismail. pic.twitter.com/IjvVvYMSlW