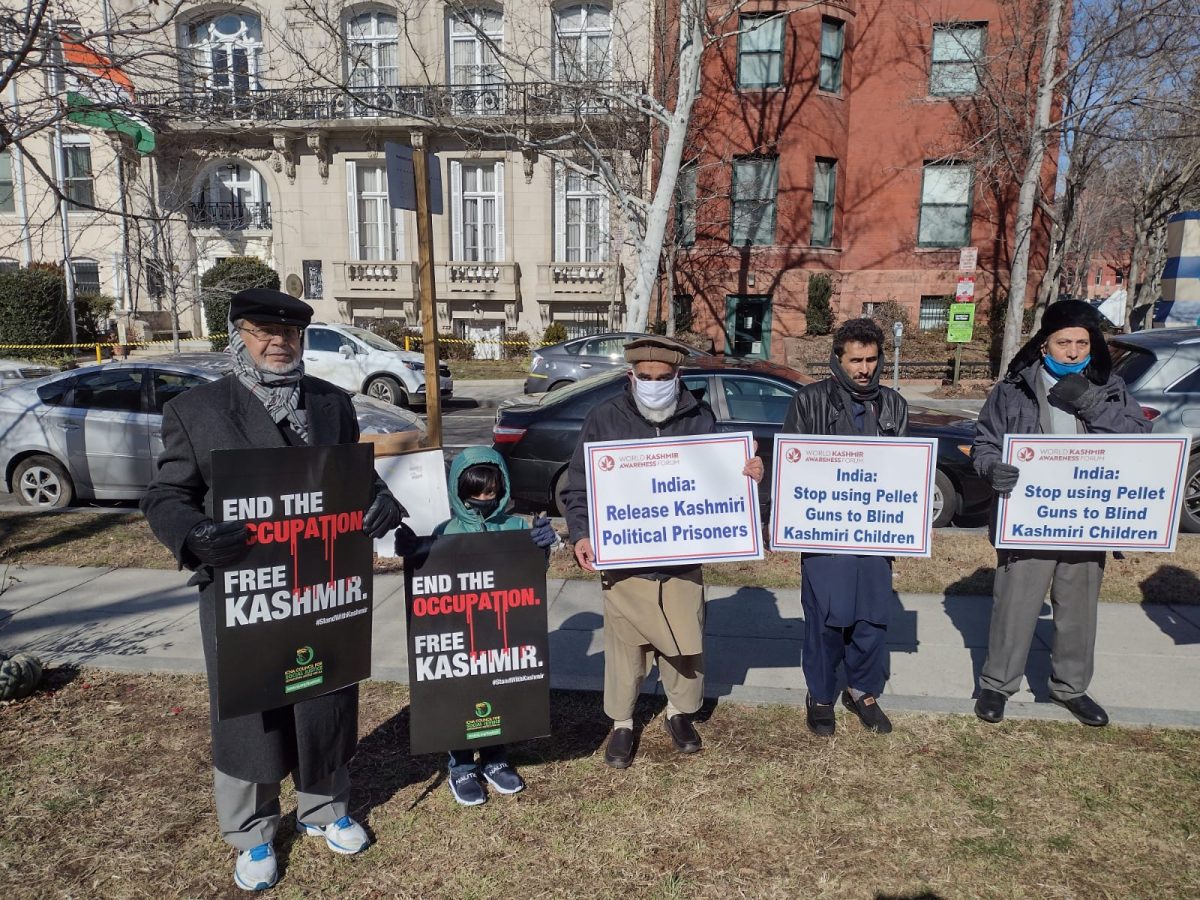 On February 5, many people around the world observe Kashmir Solidarity Day. The day is meant for expressing solidarity with Kashmiris in occupied Kashmir. Since the partition of South Asia in 1947, the Kashmir valley has suffered from decades-long occupation by the Indian government. In 2019, Kashmir’s semi-autonomous status was revoked, further allowing the Indian state to carry out occupation and settler colonialism in Kashmir.

Since partition, far-right Hindu groups have been targeting Kashmiris and Muslims in India. Now, in 2022, there are heightened anti-Muslim sentiments spreading like wildfire across India, leading to the targeting, discrimination, and killing of Muslims in India.

In Srinagar recently, Indian police arrested a journalist under an anti-terrorism law, accusing the joiurnalist of glorifying terrorism, as reported by Al Jazeera. Many countries around the world use the guise of terrorism to target Muslims – Uyghurs in camps in occupied East Turkestan are claimed to have ties to terrorist groups in China.

The targeting of Kashmiri journalists is a longstanding tactic of Indian police to crackdown on press freedom in Kashmir, not allowing for and actively silencing those who speak about Kashmiri oppression.

With the solidarity day this past weekend, we stand with the Kashmiri people in their fight for freedom. The tactics used by the Indian government are oppressive, discriminatory, and strike resemblance to other settler colonial projects around the world – in Palestine, in East Turkestan, and so on. As Hindutva has spread across India, anti-Muslim sentiment is not only on the rise, but violent. https://www.nbcnews.com/news/world/hindu-extremists-india-escalate-rhetoric-calls-kill-muslims-rcna12450

With escalating calls of Hindu nationalist leaders calling for the killing of Muslims, it is utterly important to raise awareness as to what is happening in India, and call in good-faith actors to help stop the rising oppression of Kashmiris and Muslims in India.