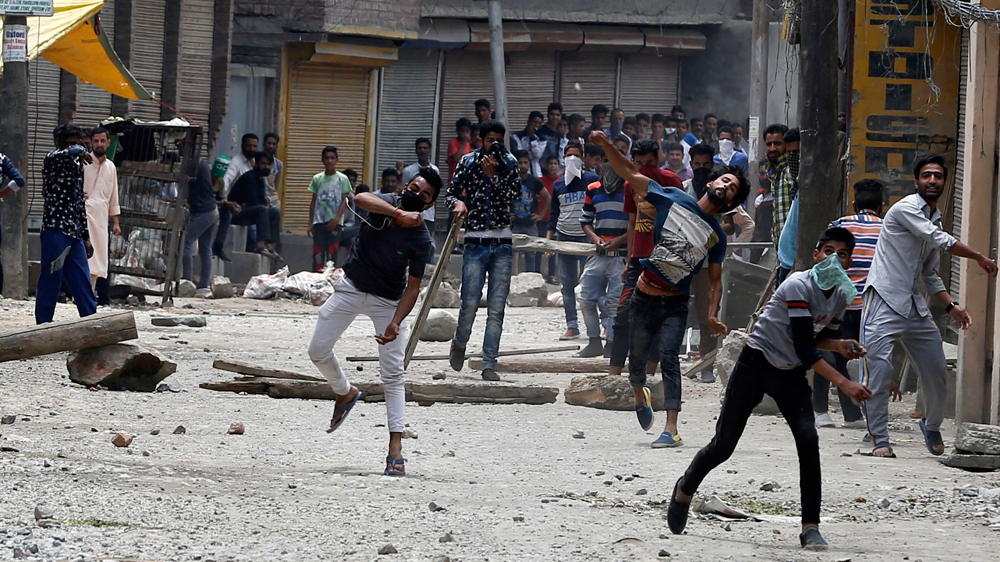 Location:
Heart of Asia, with historical links to both South and Central Asia. Kashmir shares borders with India, Pakistan, China, Afghanistan and with a small stripe of 27 miles with Kyrgyzstan and Tajikistan. It is the only nation in the world which shares its borders with three nuclear powers – India, Pakistan and China.
Area:
86,000 square miles, more than three times the size of Belgium, the Netherlands and Luxemburg combined. Larger than 103 sovereign countries.
It is also larger in size than the following 35 members countries of the United Nations combined: Antigua & Barbuda; Bahamas; Bahrain; Barbados; Brunei Darussalam; Cape Verde; Comoros; Cyprus; Dominica; Gambia; Grenada; Holy See; Jamaica; Kosovo; Lebanon; Luxemburg; Maldives; Malta; Mauritius; Micronesia; Monaco; Montenegro; Qatar; Saint Kitts &Nevis; Saint Lucas; Saint Vincent & the Grenadines; Samoa; San Marino; Sao Tome & Principe; Seychelles; Singapore; Tonga; Trinidad & Tobago; Tuvalu; Vanuatu.
Population:
20 million (estimate) including 2.0 million refugees in Pakistan and 2.3 million expatriates. Bigger than 129 independent nations.
Status:
Historically independent, except in the anarchical conditions of late 18th and the first half of the 19th centuries, and when incorporated in the vast empires set up by the Mauryas (3rd century BC), the Mughals (16th to 18th centuries), and the British (mid-19th to mid‑20th centuries). All these empires included not only present‑day India and Pakistan, but other countries as well. Under the British raj, Kashmir had internal autonomy.
Cause of Dispute:
India’s claim that Kashmir is its territory is based on nothing more than an Instrument of Accession signed by the Maharajah in order to obtain India’s military help against a popular insurgency.  This accession was conditional on a reference to a popular vote (not yet held) under impartial auspices. The Indian claim is rejected by the people of Kashmir. It has never been accepted by the United Nations, never legally validated.
Solution:
Demilitarization of Kashmir (through withdrawal of all outside forces) followed immediately by a plebiscite under impartial control to determine the future status of Kashmir.
Great Power Policies:
When the dispute was first brought to the United Nations, the Security Council, with the firm backing of the United States, Great Britain and France urged the solution that the future of Kashmir shall be decided in accordance with the wishes and will of the people.
Likely Possibilities:
Only two. Either ascertaining the wishes of the people about their future or the continuance of the status quo with violent repression and carnage in the Indian‑occupied part and chronic conflict and the danger of nuclear war in the subcontinent of South Asia.
Immediate Necessity:
The intervention of the international community to bring the violence in Kashmir to a quick end. Initiation of a political dialogue between the genuine Kashmiri leadership and the Governments of India and Pakistan to set the stage for a democratic and peaceful solution. And an appointment of a person of an international standing like Bishop Desmond Tutu or Kofi Annan or President Mary Robinson as a special envoy on Kashmir.
Conclusion:
The world powers, including the United States can, and should, lead the effort to achieve a fair and lasting settlement of the dispute ‑ fair to the people most immediately involved and fair to its own commitments to democracy and human rights. By doing so, the United States can strengthen the principles of a just world order.  It will also earn the gratitude of generations in Kashmir, in Pakistan and even in India itself.