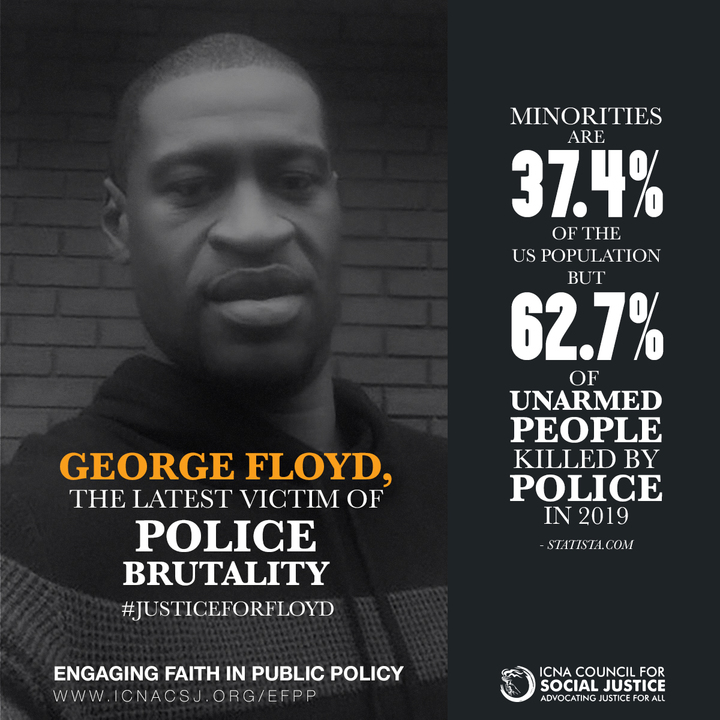 On Monday, May 25, 2020, George Floyd was murdered by four Minneapolis police officers.

George was being cooperative with the police yet he was still handcuffed and restrained on the ground. The officer put his knee on the back of George’s neck, rendering him unable to breathe. George pleaded with the officers saying “I can’t breathe”. Bystanders and witnesses also begged the officers to stop but the officers did not listen and continued to choke him.

We want all of the officers involved in the George Floyd case to be charged with the murder of George Floyd, as simply being fired from their jobs alone will not suffice. Police brutality in America against African Americans continues to be prevalent because the police are rarely ever held accountable for their actions.