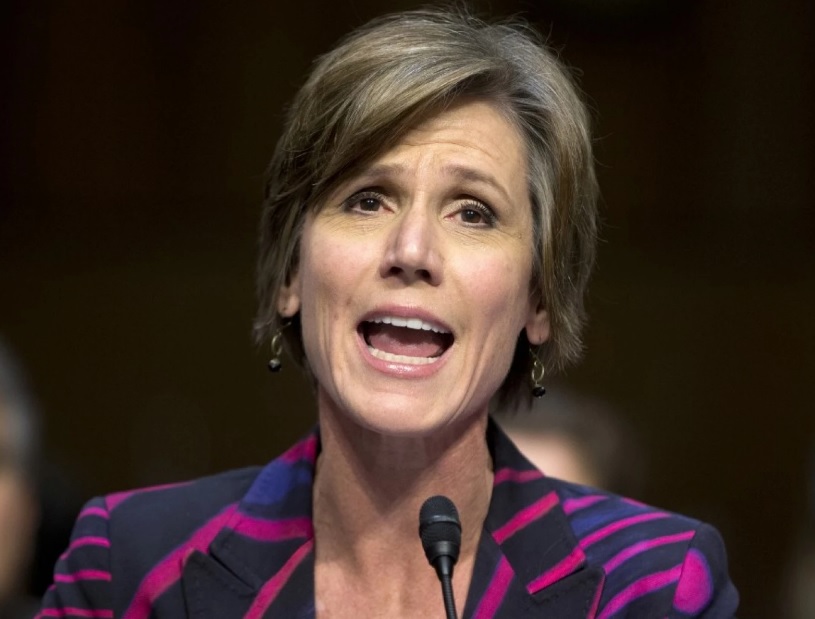 While experts said the directive is significant, privately run federal prisons only house a fraction of the overall population of inmates. The vast majority of the incarcerated in America are housed in state prisons — rather than federal ones — and Yates’ memo does not apply to any of those, even the ones that privately run. Nor does it apply to Immigration and Customs Enforcement and U.S. Marshals Service detainees, who are technically in the federal system but not under the purview of the federal Bureau of Prisons.

The directive is instead limited to the 13 privately run facilities, housing a little more than 22,000 inmates, in the federal Bureau of Prisons system. The facilities were meant mainly to house inmates who are mostly low security, “criminal alien” men with 90 months or less time remaining on their sentences, according to a recent Department of Justice Inspector General report. Yates said the Justice Department would review the contracts for those facilities as they come up for renewal, as all will do in the next five years. She said they would then be reduced or allowed to expire, though none would be terminated prematurely.

Still, the memo could spark broader change in the prison system.

“This is a huge deal. It is historic and groundbreaking,” said David Fathi, director of the ACLU National Prison Project. “For the last 35 years, the use of private prisons in this country has crept ever upward, and this is a startling and major reversal of that trend, and one that we hope will be followed by others.”

The Justice Department’s inspector general last week released a critical report concluding that privately operated facilities incurred more safety and security incidents than those run by the federal Bureau of Prisons. The private facilities, for example, had higher rates of assaults — both by inmates on other inmates and by inmates on staff — and had eight times as many contraband cellphones confiscated each year on average, according to the report.

Disturbances in the facilities, the report said, led in recent years to “extensive property damage, bodily injury, and the death of a Correctional Officer.” The report listed several examples of mayhem at private facilities, including a May 2012 riot at the Adams County Correctional Center in Mississippi in which 20 people were injured and a correctional officer killed. That incident, according to the report, involved 250 inmates who were upset about low-quality food and medical care.

“The fact of the matter is that private prisons don’t compare favorably to Bureau of Prisons facilities in terms of safety or security or services, and now with the decline in the federal prison population, we have both the opportunity and the responsibility to do something about that,” Yates said.

The problems at private facilities were hardly a secret, and Yates said Justice Department and Bureau of Prisons officials had been talking for months about discontinuing their use. Mother Jones recently published a 35,000-word exposé detailing a reporter’s undercover work as a private prison guard in Louisiana — a piece that found serious deficiencies. The Nation magazine wrote earlier this year about deaths under questionable circumstances in privately operated facilities.

[Are private prisons better or worse than public prisons?]

It is possible the directive could face resistance from those companies that will be affected. In a statement Thursday, Jonathan Burns, a spokesman for Corrections Corporation of America, criticized the Inspector General’s report, saying it had “significant flaws.”

“The report’s authors freely admit that they ‘were unable to evaluate all of the factors that contributed to the underlying data,’ and they failed to account for the impact of elements such as population demographics or the scope and efficacy of efforts to mitigate contraband,” Burns wrote. “The findings simply don’t match up to the numerous independent studies that show our facilities to be equal or better with regard to safety and quality, or the excellent feedback we get from our partners at all levels of government.”

Pablo Paez, a spokesman for GEO Group, in a statement: “While our company was disappointed by today’s DOJ announcement, the impact of this decision on GEO is not imminent. As acknowledged in the announcement, the BOP will continue, on a case-by-case basis, to determine whether to extend contracts at the end of their contract period.” He added that GEO would “continue to work with the BOP, as well as all of our government partners, in order to ensure safe and secure operations at all of our facilities.”

Issa Arnita, a spokesman for Management and Training Corporation, said the company was “disappointed” to learn about the Justice Department’s decision. “If the DOJ’s decision to end the use of contract prisons were based solely on declining inmate populations, there may be some justification, but to base this decision on cost, safety and security, and programming is wrong,” he said in a statement.

Yates noted that the Bureau of Prisons was “already taking steps” to make her order a reality. Three weeks ago, she wrote, the bureau declined to renew a contract for 1,200 beds at the Cibola County Correctional Center in New Mexico. According to a local TV station, the county sheriff said the facility’s closure would have a negative impact on the community.

Yates wrote that the bureau also would amend a solicitation for a 10,800-bed contract to one for a maximum 3,600-bed contract. That, Yates wrote, would allow the Bureau of Prisons over the next year to discontinue housing inmates in at least three private prisons, and by May 1, 2017, the total private prison population would stand at less than 14,200 inmates. She said it was “hard to know precisely” when all the privately run facilities would no longer have federal inmates, though she noted that 14,200 was less than half the inmates they held at their apex three years ago, a figure she said indicated the department was “well on our way to ultimately eliminating the use of private prisons entirely.”

“We have to be realistic about the time it will take, but that really depends on the continuing decline of the federal prison population, and that’s really hard to accurately predict,” Yates said.

Fathi, of the ACLU, said because certain states and Immigration and Customs Enforcement have such a large proportion of their inmates in private facilities, it might be difficult for them to quickly replicate the Bureau of Prisons plan. But he said states typically look to their federal partners for best practices on prisons, and he “would not be surprised if we saw some states following suit.”

Marc Mauer, executive director of the Sentencing Project, said, “There’s a practical impact, and then a symbolic impact. I think it’s part of the evolving climate on criminal justice reform.”

U.S. Rep. Elijah Cummings (D-Md.) said in a statement the Department of Justice had “set a positive example for states nationwide.” U.S. Sen. Bernie Sanders (I-Vermont) said it was “exactly what I campaigned on as a candidate for president.” Democratic presidential nominee Hillary Clinton had said previously she would end the use of private prisons if elected, though a super PAC supportive of her campaign had accepted significant contributions from lobbying firms connected to private prison contractors.

Corrections Corporation of America and GEO Group now run all but one of the 13 affected facilities. Those companies were the greatest beneficiaries of a three-decade period when the government toughened sentencing for drug offenders and was unwilling to expand the federally-run prison system in step with the exploding prisoner population. CCA and GEO convinced Washington that they could provide the alternative, and both become increasingly reliant on the government for their business.

In 2015, both companies received roughly half of their revenue from federal contracts. Of that, only a portion comes from Bureau of Prisons corrections deals that will be wound down under Yates’ plan. The companies also have major deals with the U.S. Marshals Service and the Immigration and Customs Enforcement agency. Burns, of CCA, noted the announcement only affected Bureau of Prisons correctional facilities, which he said make up seven percent of the company’s business.

Still, traders on Thursday staged a massive sell-off, sending shares in GEO and CCA sliding more than 35 percent. Both companies in recent years have tried to broader their business — building re-entry facilities; selling ankle monitors — but some investors now worry that Thursday’s announcement could set the stage for a broader pullback from private detention.

“The bigger question becomes whether this is the straw that broke the camel’s back,” said Ryan Melliker, a managing director at Canaccord Genuity, a wealth management and brokerage firm. “Will we eventually see ICE and the U.S. Marshals Service move down the same path?”

In 2013, Yates wrote, the prison population began to decline because of efforts to adjust sentencing guidelines, sometimes retroactively, and to change the way low-level drug offenders are charged. She said the drop in federal inmates gave officials the opportunity to reevaluate the use of private prisons.

Yates wrote that private prisons “served an important role during a difficult time period,” but they had proven less effective than facilities run by the government The Bureau of Prisons spent $639 million on private prisons in fiscal year 2014, according to the inspectors general’s report.

Yates said it was “really hard to determine whether private prisons are less expensive” and whether their closure would cause costs to go up, though she said officials did not anticipate having to hire additional Bureau of Prisons staff.

“Bottom line, I’d also say, you get what you pay for,” Yates said.