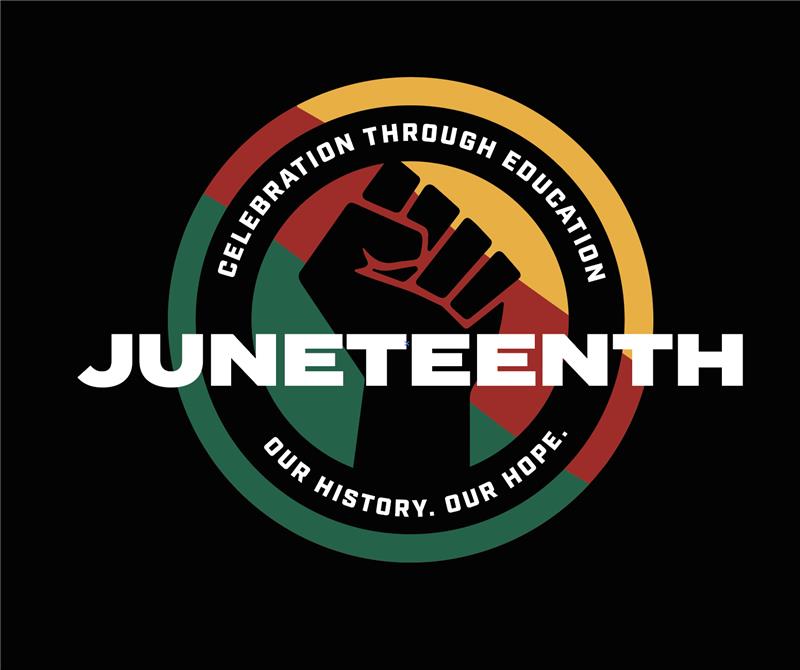 Juneteenth is a federal holiday, starting in 2021 when President Biden signed the holiday into federal law. Juneteenth celebrates the day that enslaved people in Galveston, Texas were freed, two years after the Emancipation Proclamation was signed. Juneteenth represents freedom, celebration, and also the racist history and present of the US. Juneteenth further shakes the normalized history that people hold – that all enslaved people were freed on the day the Emancipation Proclamation was signed.

In order for the Emancipation Proclamation to be enforced, Union troops marched around the country to read the order and free enslaved peoples. The National Museum of African American History and Culture says, “On “Freedom’s Eve,” or the eve of January 1, 1863, the first Watch Night services took place. On that night, enslaved and free African Americans gathered in churches and private homes all across the country awaiting news that the Emancipation Proclamation had taken effect. At the stroke of midnight, prayers were answered as all enslaved people in Confederate States were declared legally free. Union soldiers, many of whom were black, marched onto plantations and across cities in the south reading small copies of the Emancipation Proclamation spreading the news of freedom in Confederate States. Only through the Thirteenth Amendment did emancipation end slavery throughout the United States.”

In Texas, enslaved people were not free until June 19, 1865, when around 2,000 Union troops arrived in Galveston, Texas. The army announced that over 250,000 enslaved Black people in the state were free by executive decree. Juneteenth is regarded as the nation’s second independence day, where the enforcement of the decree to free all enslaved peoples was enforced and ratified.

Not all states in the US celebrate Juneteenth or recognize the holiday. Widely regarded as a celebration to the end of slavery, around 24 states and DC legally recognize Juneteenth as a public holiday.

Connecticut state senator Rob Sampson, who voted no to making Juneteenth a state holiday, said, “Juneteenth is very important to me. Abraham Lincoln is the reason I became a Republican,” but went on to say that the extra holiday is a “reach for us.”

For non-Black people, Juneteenth is a day of remembrance and reflection. Read about the history of slavery in the US, read about racism, read about emancipation, and the struggles that freed people faced after emancipation. Do not treat Juneteenth as “another day off,” but respectfully commemorate the day. Access the resource list found on the National Museum for African American History and Culture to learn more about Juneteenth, and find ways that you can respectfully observe this federal holiday.