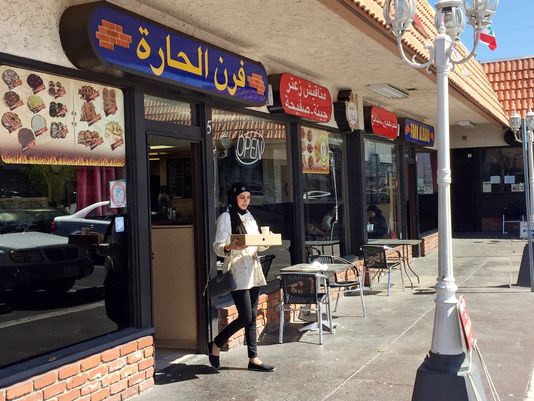 The nonprofit organization recently released a survey suggesting the majority of Muslim voters identify as Democrats and over half plan on supporting Democratic presidential front-runner Hillary Clinton in the election.

He added that, “Terrorism is never justified and all those commit these atrocities clearly ignore basic principles of Islam”. Increasingly, they’re taking the language to school.

Muslims around the world have publicly condemned these violent acts of terror and have stood in solidarity with the victims of these attacks. “I call them gangsters”, said Omer Mohammed Ali, chairman of the board of directors for the Islamic Center of Temecula Valley. The Holy Qur’an condemns terrorism by saying, “Whosoever kills an innocent…it is as if he has killed all of mankind” (5:33). In the days following the Brussels attack, renewed calls for travel and immigration restrictions were proposed by European and American leaders, fearful of future attacks.

“Do not see us through the actions of ISIL”, he said.

The national Council on American-Islamic Relations, founded in 1994, called for Cruz to retract his demand for law enforcement to secure Muslim neighborhoods. In addition to that, about 74% of Muslim-Americans said they would vote in presidential nominating contests because of the growing Islamophobia in the country.

“The best answer to this anti-Muslim rhetoric is engagement in the political process, ” said Naeem Baig, the president of the Islamic Circle of North America. “We can only destroy ourselves if we allow fear and hate to turn us against each other”. The spiritual khalifa of my Ahmadiyya Muslim Community, his holiness Mirza Masroor Ahmad, has asked us young people to wage such a jihad, not of swords or bombs or to become radicalized, but of the pen, so that we might promote our motto, “Love for All, Hatred for None”. “It’s actually a lot worse than what happened after 9/11”.