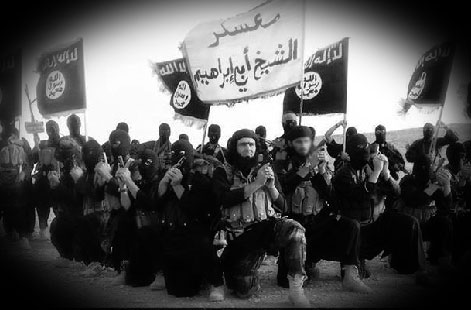 Anyone who is familiar with Islamic teachings knows very well that Islam forbids the killing of innocents. Allah says, “And do not kill the soul which Allah has forbidden [to be killed] except by [legal] right. This has He instructed you that you may use reason.”[06: 151]
It is indeed a clear violation of Islamic guidance to slay a soul—any soul—because he or she does not believe in Islam. As we know from the life of the Prophet, Muhammad ﷺ, peace be upon him, himself led many expeditions and never engaged in any coercive action against those who did not believe in the religion he preached.

Allah says, “Because of that, We decreed upon the Children of Israel that whoever kills a soul unless for a soul or for corruption [done] in the land – it is as if he had slain mankind entirely. And whoever saves one – it is as if he had saved mankind entirely. And our messengers had certainly come to them with clear proofs. Then indeed many of them, [even] after that, throughout the land, were transgressors.” [05:32]

Islam does prescribe punishments for serious wrongdoing, as do all societies and most religions. However, Islam posits certain qualifications regarding offenses and punishment. For one, people must be aware of what constitutes an offense. Secondly, punishment is not to be applied in a cruel manner. And, most importantly, if there is any doubt about whether an individual committed a wrong, punishment cannot be applied. This was the way of the Prophet ﷺ. He said, “Avoid applying penalty if there are doubts.” Additionally, extenuating circumstances are to be taken into account. For example, Umar ibn Al-Khattab, radi Allahu ‘anhu – may Allah be pleased with him, suspended the punishment for theft during a famine.

The importance of law and order matches the enjoinment to fairness and mercy in a society. Muslims are admonished to uphold justice in incontrovertible terms. The Qur’an states, “O you who have believed, be persistently standing firm in justice, witnesses for Allah, even if it be against yourselves or parents and relatives. Whether one is rich or poor, Allah is more worthy of both. So follow not [personal] inclination, lest you not be just. And if you distort [your testimony] or refuse [to give it], then indeed Allah is ever, with what you do, Acquainted.” [4:135]

This verse is universally profound in its wisdom. The absolute requisite of justice for a peaceful and prosperous society is preserved in Islamic doctrine and legal code, and in the minds of ordinary Muslims over the course of fourteen centuries. Hence, the killing by ISIS of journalists, aid workers, or common citizens is nothing less than treacherous – entirely contrary to the teachings of Islam. Those who are confused regarding heinous acts of murder and destruction should review the commandments that Allah enjoins upon Muslims which make perfectly clear the egregiousness of such actions.

First, as stated above, coercing an individual to accept Islam is forbidden. Allah says: “There shall be no compulsion in [acceptance of] the religion. The right course has become clear from the wrong.” [2:256] In addition, the Qur’an declares, “And had your Lord willed, those on earth would have believed – all of them entirely. Then, [O Muhammad], would you compel the people in order that they become believers?” [10: 99]

Second, Muslims are enjoined to be tolerant, moderate, and balanced in their understanding and practice of religion. The Qur’an declares, “And thus we have made you a just community that you will be witnesses over the people and the Messenger will be a witness over you.” [2: 143]

Third, we are warned to avoid pronouncing belief while not making the effort to ensure that our words are backed by our actions. The Prophet ﷺ warned us: “There will definitely be a people after me from my nation who recites the Quran yet it will not even reach beyond their throats. They will pass through the religion as an arrow passes through a target; then they will not return back to it [the target, i.e., the religion]. They are the worst of people, the worst of all creatures.”

Hasan al-Basri, radi Allahu ‘anhu, warned us that “religion will be lost as a result of the practice of both the excessive and the negligent.” The Prophet ﷺ specifically mentions that extremism in faith leads to its destruction. Ibn ‘Abbas reported, “The Prophet told me ‘Come, pick some pebbles for me!’ I picked some pebbles fairly huge. When I gave these pebbles to him, he said, ‘Use pebbles similar to these [in throwing], and beware against exaggerating in your religion, for those before you were destroyed because of their exaggeration in religion.” Abu Hurayrah, radi Allahu ‘anhu, relates that the Prophet ﷺ, said, “This religion is easy. No one becomes harsh and strict in the religion without it overwhelming him. So fulfill your duties as best you can and rejoice. Rely upon the efforts of the morning and the evening and a little at night and you will reach your goal.” [Sahih al-Bukhari]

When we examine the factors that can lead to extremism, the first and most obvious one is weak knowledge of the deen. This article has presented basic Islamic precepts that every Muslim should know, including the idea that unjustly killing one individual is akin to killing all humanity; that one has to be just and work for justice broadly, even when it impugns one’s own action or position, or that of one’s relative (and by extension, one’s group by affiliation whether religious, political, tribal, or national – honesty and fairness trump loyalty to the group when it does wrong); that Muslims are to be a nation of the middle way, that is, moderate, tolerant, and balanced in all things; that being excessive, harsh, or strict in religion brings ruin; and finally, that there must be no coercion with regard to matters of religion.

A second factor that can lead to extremism is the tendency of human beings to pick and choose what suits their lower desires, rather than making the effort to understand the Qur’an, the sunnah and the life of the Prophet ﷺ as a whole. Understanding of the aforementioned is the only way to avoid the costly mistake of approaching any particular verse in isolation, without the context, qualification, and nuance that is brought to light when counterpoised with other related verses and relevant ahadith of the Prophet ﷺ.

A third factor that can lead to extremism is lack of sabr, patience, and the impulse to vent rage at the oppression that many Muslims are enduring at the hands of dictators and tyrannical ideologies that threaten their survival. The story of Abu Jandal, radi Allahu ‘anhu,is instructive in this regard.

A Muslim in Makkah, Abu Jandal, radi Allahu ‘anhu, was suffering great persecution by the Quraysh. They kept him constantly in chains. On hearing about the arrival of the Prophet ﷺ in Hudaibiyah, he managed to escape and reach the Muslim camp just when the truce was about to be signed. His father, Suhail, not yet a Muslim, was the Qurayshi envoy in the negotiations for the treaty. When he saw his son, he smote him on his face and insisted on taking him back to Makkah. The Prophet ﷺasserted that since the treaty had not till then been signed, its application in Abu Jandal’s case was premature. A clause of the treaty was that if a Qurayshite, wanting to pledge his Islam, went to Muhammad ﷺ without the permission of his guardian, he was to be delivered back to the Quraysh. Suhail, however, would not listen to any argument and was not inclined to leave his son with the Muslims, even at the personal request of the Prophet ﷺ, and would even have renounced the truce if it was not agreed that his son would return with him to Makkah. Abu Jandal, radi Allahu ‘anhu, complained vehemently about the hardships he endured from the Quraysh, but, much to the grief of the companions, the Prophet ﷺ agreed to the demand that he be returned to Makkah. The Prophet ﷺ enjoined patience on Abu Jandal radi Allahu ‘anhu, and comforted him, saying, “Do not be distressed, O Abu Jandal, Allah will shortly open a way for you.”

We must make ensure that our youth are advised by parents, teachers, and Imams to not be fooled by those with extreme views, whether about religion or worldly circumstances. They must be taught that extremism leads to bigoted and immoderate madness, utterly far from the way of the religion and the Prophet ﷺ. Our youth must be guided to learn only from authentic Islamic sources and be duly cautious about what they find on the internet, so as to not get trapped by people whose ideas wreak havoc and bring only misery and devastation.

Rather, they should be taught to live their lives according to the beautiful principles of Islam and to make sincere supplication for themselves, the ummah, and humanity at large, for resolution of conflicts and the path to peace being illuminated by the wisdom provided by Allah and His Messenger ﷺ. They need to remember that the Prophet ﷺ warned: “There will come towards the end of time a people who will be young in age, having reckless and deficient intellects. They will speak with the statements of the best of creation, yet they will pass through Islam just as an arrow passes through a target. Their faith will not even reach beyond their throats.” Parents need to take more interest in, and maintain awareness of, our children’s views on issues pertaining to the deen. They must make sure to set a proper example in word and action so that extremist sentiment has no place to grow within the minds and hearts of our children and youth.

Lastly, the masajid and Islamic Centers have an important part to play in combating extremism. Khateeb must address these issues in unequivocal terms and clarify areas of confusion and remind all members of the congregation of the Islamic teachings that oppose extremist thought or action. We must express conspicuously and decisively that extreme views are un-Islamic and lead to severe consequences. It is time that we avert and collapse all forms of extremism by exemplifying the true mercy of God, whose religion and message are distinguished by caring, compassion, and overriding humaneness. Prophet Muhammad ﷺ is the superlative example and teacher of such nobility, saying, “Be merciful to those on the earth and the One above the heavens will have mercy upon you.” [Al-Tirmidhi] And to those who dare think that he intends us to understand that such mercy is to be extended only to those who profess Islam, let them reflect on this: Some companions said to the Prophet during a time of great persecution, “Pray to God against the idolators and curse them.” The Prophet ﷺ replied, “I have not been sent to lay a curse upon men but to be a blessing to them.” [Sahih Muslim]