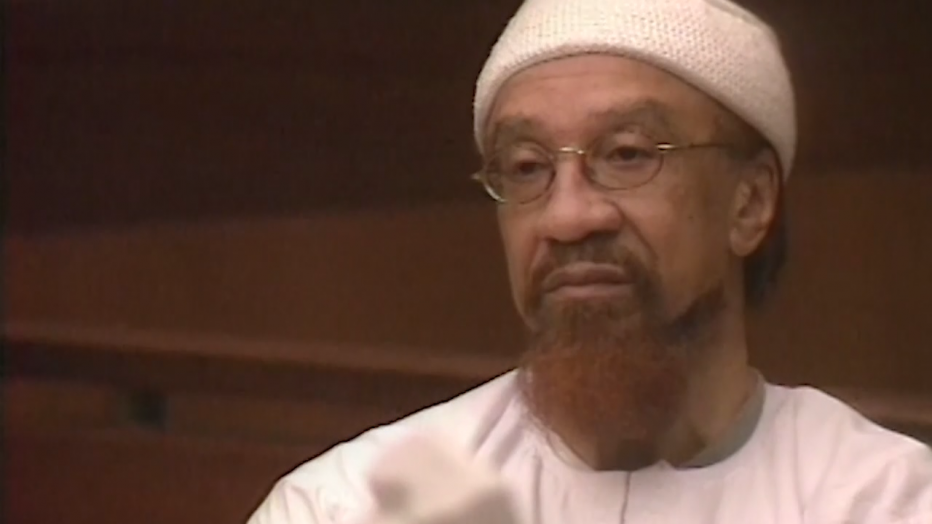 Imam Jamil al Amin, also known as H. Rap Brown, is a renowned civil rights activist, and a proponent for organizing African Americans to combat the structure of racism and oppression they are facing in the United States. His words were powerful, and his impact was dense, and this became the basis for the tumult he faced at the hands of the United States Criminal Justice System. Perhaps the term ‘political prisoner” exudes images of an oppressive government in a faraway land. By virtue of the United States constitution, which defends the rights of the freedom of speech and assembly, the concept should be oxymoronic. Yet, Imam Jamil is one of about a hundred prisoners in the United States imprisoned for their political ideas and influence. The United States government began targeting Al-Amin when he prophesized that the only way to overthrow the system of White Supremacy was to do it by force. From then on, it was a war fought with the weapons of criminal charges and allegations of illegal misconduct. There was no peaceful surrender. Imam Jamil Al Amin is currently serving a life sentence in Arizona, far away from his family, friends, and the revolution he fathered.

After a speech in Cambridge Maryland in 1967, Al Amin was shot, and fled town to safety, after which a riot broke out. Local law enforcement claimed that Al-Amin’s words during the speech, in which he encouraged supporters to rebel against the forces of oppression they were facing, incited the riot, and resulted in the violence that ensued. Despite the fact that he was not in the area at the time, he was convicted and tried. After an assassination attempt, Al-Amin disappeared from public view, and during this time joined other civil rights leaders on the FBI’s Most Wanted List. After another run-in with the police years later, he was imprisoned for several years, where he converted to Islam. Imam Jamil Al Amin preached the religion in Atlanta, Georgia, upon his release, becoming a notable figure in the American Islamic Community. His struggles with law enforcement did not end there. Imam Jamil was accused of shooting a police officer and was convicted of the murder despite direct testimony by the victims and witnesses that were contrary. He was sentenced to a lifetime in prison, where he remains to this day. After his acceptance of Islam, and throughout his career as a public figure and civil rights activist, Jamil Al Amin was accused and investigated of some 14 crimes, ranging from terrorism to traveling over state lines with a weapon. The conspiracy to imprison one of the most influential leaders of his time was an alarming breach in judicial norms and remains an exhibition of the resistance the government placed against the progress of the civil rights movement.

Imam Jamil remains in prison to this day, and his treatment within the criminal justice system is yet another attempt to stifle the impact of his words. Though Imam Jamill was prosecuted by the state of Georgie, he is being held at a federal facility in Arizona, where he was taken without the knowledge of his family. He is currently suffering from cancer, and his age has bought about other health issues that are being ignored by the facility he is staying in. Imam Jamil has also been silenced, as he is no longer allowed to give interviews without approval, and throughout the years of his sentence, no interviews have been officially approved. Perhaps what is most harrowing, however, is that Imam Jamil Al Amin has spent the past 8 years of his sentence in solitary confinement. This means that he is confined to a prison cell for 23 hours of every day, a practice that is linked to severe mental and physical health concerns that many human rights advocates consider torture. The case of Imam Jamil Al Amin helped to put a spotlight on the FBIs COINTELPRO program, in which leaders of the most influential civil rights movements were vilified and organized against, demonstrating the organization’s dedication to preventing the advancement of the movement because of the instability it would cause. In mid-2020, a possibility for the retrial of Imam Jamil was revealed, which would set the stage for his exoneration.

The ICNA Council for Social Justice hosted a Webinar in early August to discuss the influence of Imam Jamil Al Amin and his role in advocating for justice. His son, Kairi Al Amin joined Imam Khalid Griggs to discuss the relevance of the case, and the impact it had on the civil rights movement. A lawyer and activist for his father’s case, Kairi Al Amin discussed the impact his father’s imprisonment had on him as a boy, humanizing the stories of these great leaders, and the sacrifices they made to further their cause. Imam Khalid Griggs spoke of the importance of recognizing Imam Jamil as a Muslim leader of the civil rights movement and emphasized the duty of the Muslim community to help free those imprisoned unjustly. ICNA CSJ is joined by numerous other campaigns to help exonerate Imam Jamil, and to give him the medical help he needs now that he is aging. His son Kairi founded an organization called What Happened 2 Rap, advocating for his father’s release. In 1967, on a podium during a press briefing in Washington DC, Imam Jamil Al Amin claimed that “Violence is as American as apple pie”. He was viewed as an instigator, as a proponent, rather than as an observer of fact. Years later, he is a living reminder of the truth of that statement. In the history of the United States, some of the most brilliant forces of change have been murdered, vilified, banished, or imprisoned. This pattern cannot be ignored any longer. When Imam Jamil Al Amin is freed, and when he is allowed to speak again, he will once again address the people with the truth. He will say what others are too afraid to say, and watch the revolution he fathered continue to grow until there is justice and equality for all people.