Representing 28 States, more than 330 activists joined on Capitol Hill to connect national, regional and state Muslim organizations, community members and activists with their elected representatives. The number has gone up from last year when around 280 Muslims showed up. USCMO hopes that the numbers will keep increasing in the following years until thousands of Muslims are able to attend. 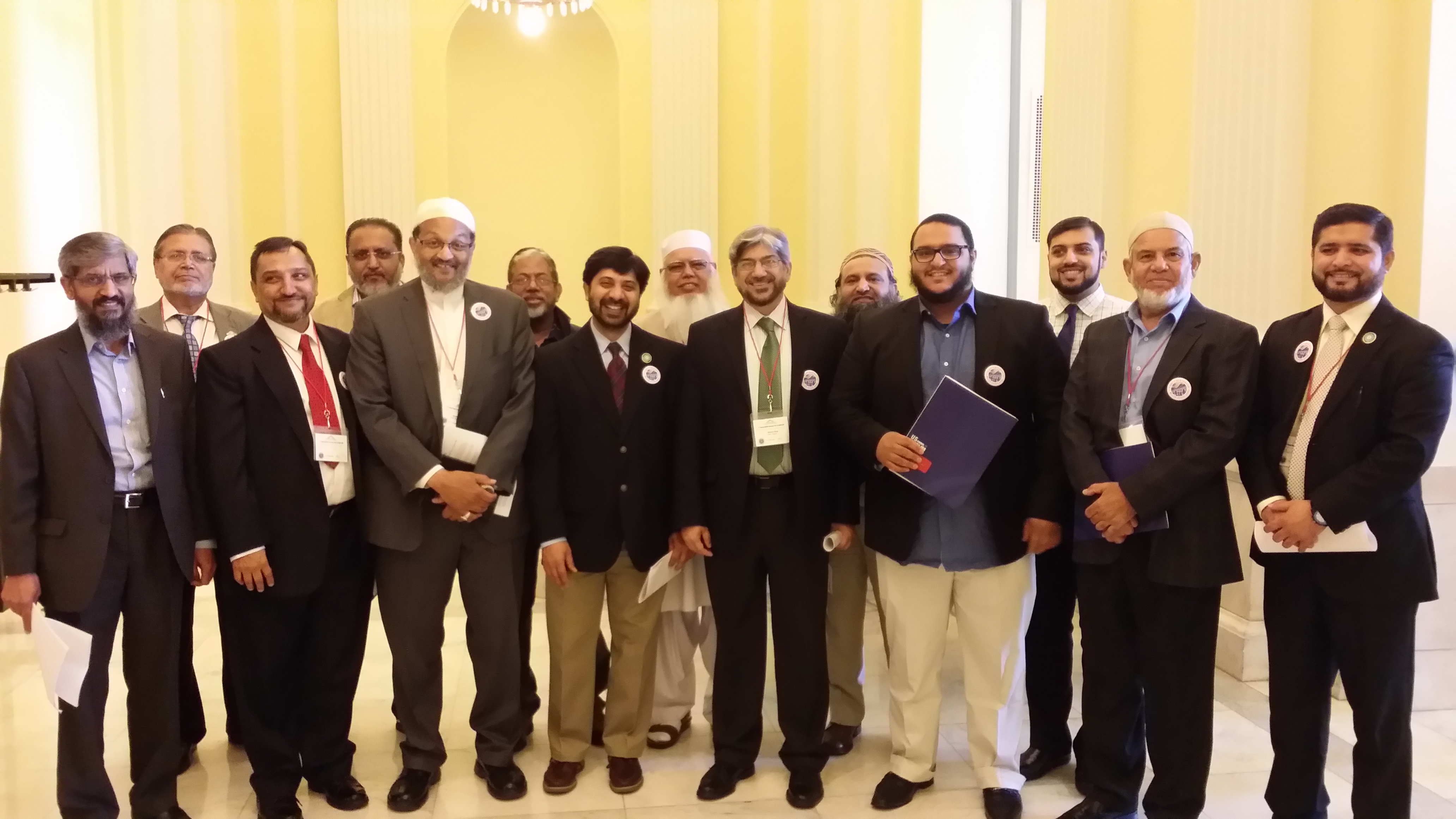 ICNA CSJ invited 10 members from ICNA’s various departments to come as representatives for this cause. More than 40 ICNA members, including eight women, from varying regions and departments showed up enthusiastically for the event. ICNA CSJ held a workshop for ICNA members at the hotel to inform them of why this event is so important to get involved in and what to expect the following morning. Dr. Zahid Bukhari and Imam Khalid Griggs, Chairman of ICNA CSJ, gave an excellent overview of the goals and mission of Muslim Advocacy Day. Rameez Abid, Communications Director of ICNA CSJ, gave an overview of the social justice department and types of work that they are involved in and also how Muslim Advocacy Day relates to social justice advocacy. 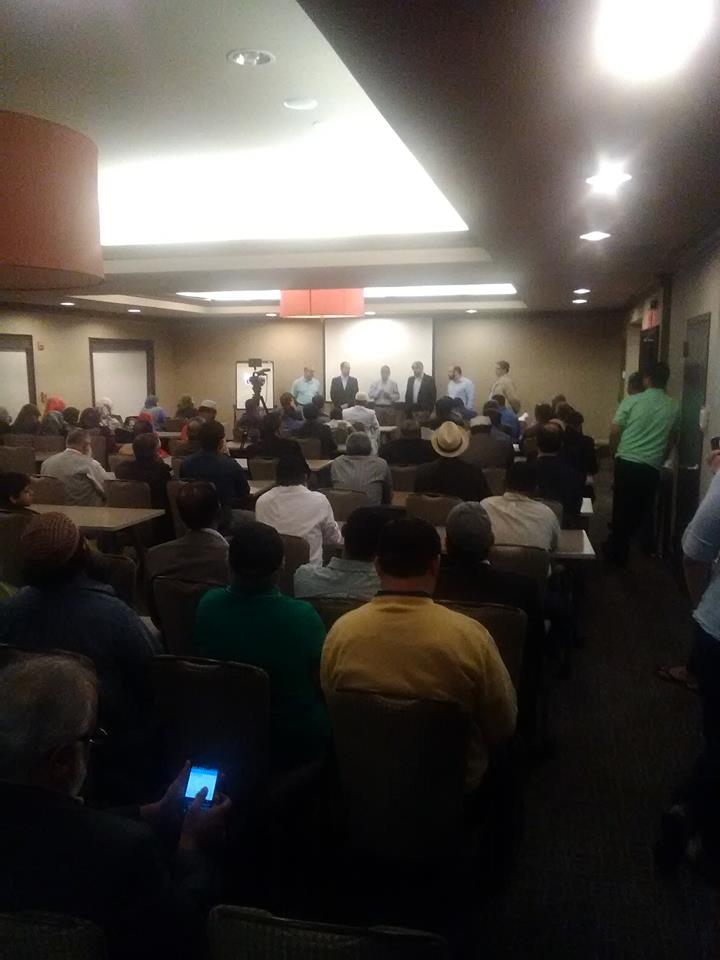 ICNA, MUNA, and MAS members at hotel hearing briefings from their leaders.

Afterwards, ICNA members joined MUNA and MAS at their hotel to have another workshop. Leaders from MAS, ICNA, CAIR and MUNA gave presentations on the importance of Muslim Advocacy Day. The event ended with dinner being served and everyone networking together and excited for the following day.

The next day, the room was packed with Muslims from various parts of the U.S. representing different Muslim organizations. Some Muslims who were not associated with any particular organization also joined and showed up citing the importance of this type of event. People were divided into their home states and a leader was assigned to each state to drive the discussion for the group, answer any questions, and lead them to their representatives’ offices. Rameez Abid was made in charge of the Virginia group. Members in the groups were encouraged to lead the discussions themselves if they felt comfortable enough to do so. 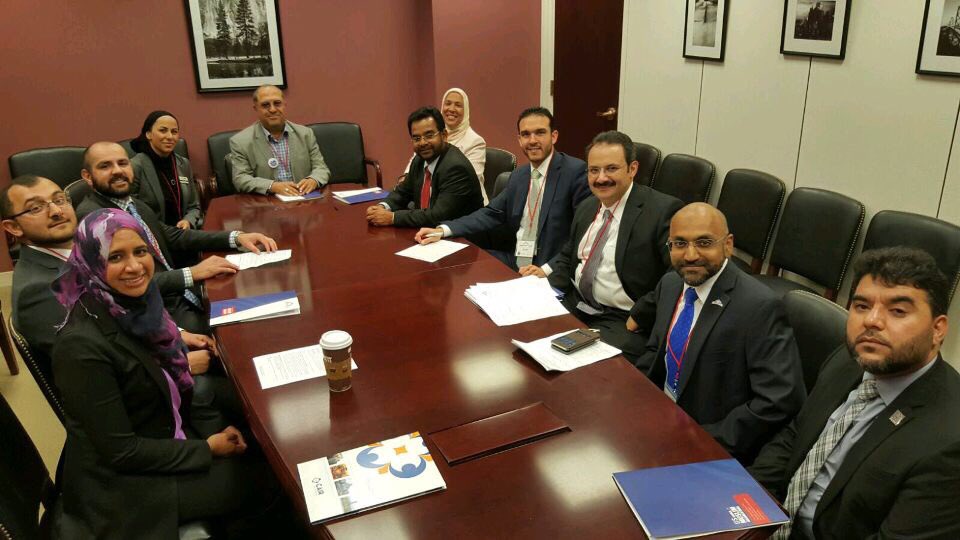 California delegation awaiting to meet with their elected official

There were many newcomers who were not familiar with the lobbying process so they only observed their group leaders or other members of their group. The issues discussed with the elected officials were of specific importance to American Muslims but also relevant to all Americans. The four issues that were the main focus of this years’ Advocacy Day included:

2 – Representatives in the U.S. House should co-sponsor and support Congressmen Ellison and Fitzpatrick’s Credit Access and Inclusion Act of 2015 (H.R. 3035). Millions of Americans lack credit scores or have scores that are too low to gain access to affordable credit. The problem disproportionately affects young people, Muslim Americans, African-Americans, Latinos, and immigrants, many of whom can’t establish a credit score without taking on credit debt. H.R. 3035 would amend the Fair Credit Reporting Act (FCRA) to allow utility and telecom companies and landlords to report on-time payment data to credit reporting agencies—helping those with little to no credit build their credit scores based on a full picture of their payment history.

3 – Representatives in the U.S. House should co-sponsor and support The Food Deserts Act. The bill would establish a revolving fund to provide low interest loans for the operation of for-profit, non-profit and municipally owned stores in many urban and rural communities by providing loans for the operation of grocery stores in food deserts. Under this bill, thousands of under served families would get access to the affordable food they need.

4 – Request to the House and Senate that given the low-level of Muslim community confidence in government-led CVE, the USCMO believes that Congress should at least ensure: 1) Greater transparency and accountability of government led CVE programs, 2) Oversight of any future programs, 3) Freedom of speech & privacy protections, and, 4) Anti-discrimination & profiling protections.

For many it was a learning process on how lobbying works in the U.S. They showed gratitude for being able to participate in such a type of event and being able to connect directly with their representatives in government. During the discussion with their elected officials, some brought up personal stories of how current policies are negatively impacting their lives and the lives of their loved ones. For example, one of the men from the Virginia group brought his 12 year old son and the latter indicated how he is teased and called a terrorist in school due to Islamophobia. 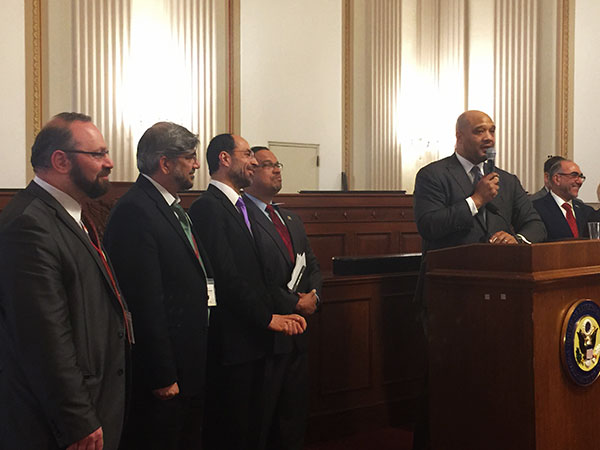 Overall, 225 congressional offices were visited. The event lasted all day from 8 AM – 7:30 PM. At the end of the program, the two Muslim congressmen, Keith Ellison and André Carson, attended the event and gave a few words of encouragement to the Muslim community. They stressed how it is equally, if not more, important to be involved in their home states as well through such civic engagement.