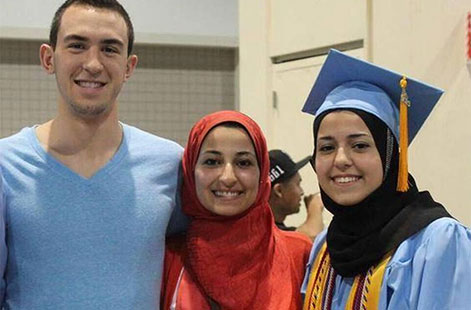 The Islamic Circle of North America (ICNA) extends its deepest condolences to the families of three Muslim students who were shot and killed execution style in North Carolina yesterday.

They were newlyweds with aspirations and plans for their lives; instead they have been killed by a man who openly spewed anti-Muslim rhetoric online.

Terrorism knows no religion, no skin color, and has no ethnic creed. ICNA calls on state and federal law enforcement to do a thorough investigation of this heinous crime.

The President of ICNA, Naeem Baig, has said “Our hearts go out to the families and friends of those who have been killed in such a senseless, abhorrent crime. This goes to show that savagery and hatred knows no religion, no culture, and no skin color. We urge all people of conscious to continue to keep Deah, Yusor, Razan, and their families and friends in your thoughts and prayers.”