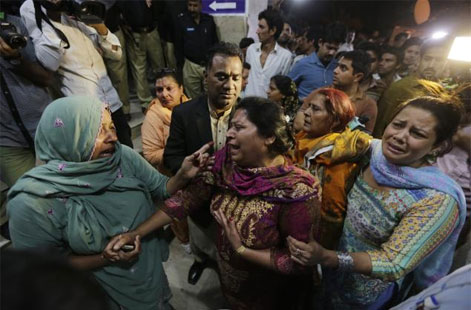 In a press statement today, the Islamic Circle of North America (ICNA) condemned in the strongest possible terms, the terrorist attack in the Pakistani city of Lahore that killed at least 67 people and injured more than 300 others.

“These cowardly terrorist attacks on innocent people go directly against the teachings of Islam.

“In the last few weeks we witnessed such attacks taking place in Turkey, Mali and Brussels and many innocent civilians lost their lives or were wounded. We pray for the families of the victims and the injured. Lahore is a city with great Islamic traditions and the people of Lahore are known for their generosity and kindness. They are all in our prayers.

“The Pakistani government must step up its efforts to provide security to its people particularly minorities and the vulnerable, and work to bring the perpetrators of such violence to account.

“ICNA reminds all that the Prophet Muhammad, ﷺ, peace be upon him, granted protection to all who lived under his governance, regardless of race or religion.