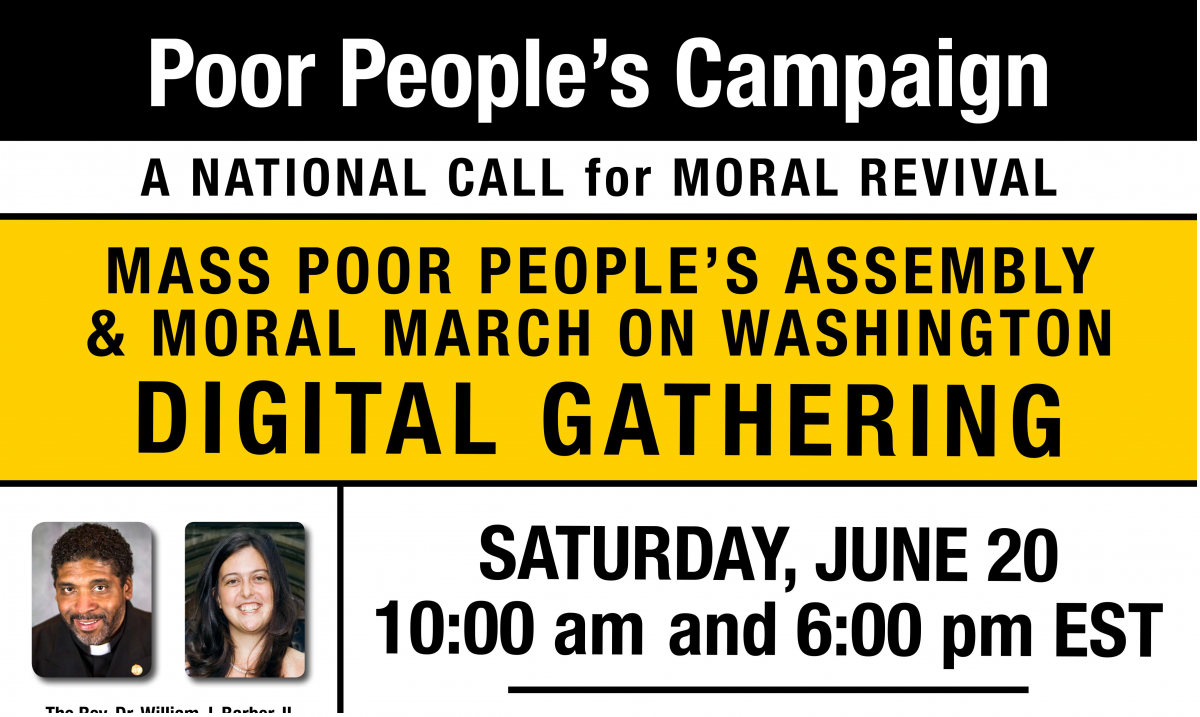 Thus ICNA CSJ encourages everyone to participate in Poor People’s Campaign: A National Call for Moral Revival, for a digital gathering on June 20th to rally against the evils of systemic racism, poverty, police brutality, and ecological devastation in the United States. This enormous occasion includes people from over 43 states and over 100 organizations.

In these moments of injustice and inequality, it is very important that we stand alongside the Poor People’s Campaign to raise our voices for the poor people. You can watch a short video about the digital gathering by clicking here.

Click Here to RSVP for the June 20th Event.