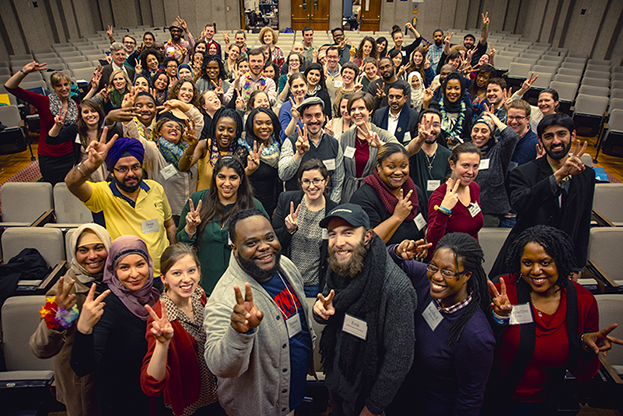 “The purpose of this gathering is to provide a day of focused dialogue among young DC area leaders from a variety of faith traditions (as well as those from multi-faith and no faith backgrounds) who are dedicated to building interfaith relationships with peers and allies. The summit is open to DC area residents, ages 18-39, who hold a position of responsibility in their community/organization.” 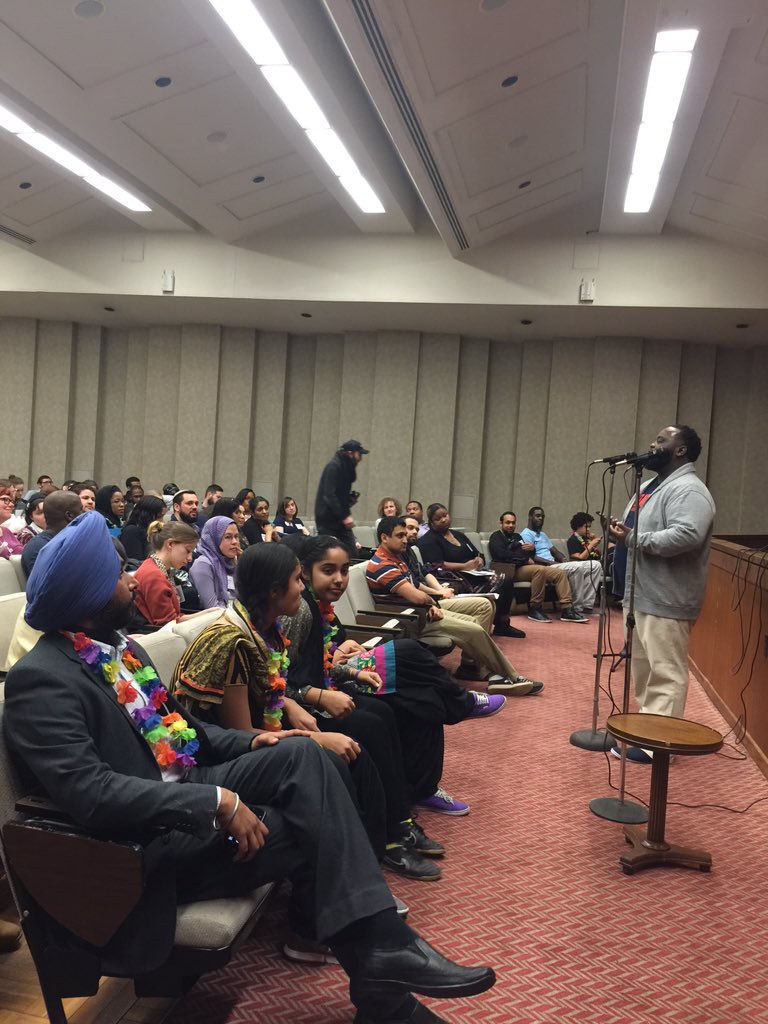 Introduction to the program

The gathering consisted of people of various faith and non-faith based organizations. Most of them were young leaders in their communities who either work or volunteer for faith based action organizations. About 200 people had signed up to show up.

The event started with lunch provided by the Sikh community. This is a good time to mingle and get to know others attending the program as well.

This was followed by an introduction and overview of the program for the day. It also included two songs performed by The Sanctuaries, a group that focuses “to transform two of the most divisive issues of our time — race and religion — into forces for personal growth and social change.”

After the introduction, people were asked to choose between seven different discussion groups on various topics, such as, climate change, social justice, spirituality, interfaith, etc. It would be difficult to choose if you desire to attend more than one discussion group. The groups were given one hour to discuss the topic and make reflections. 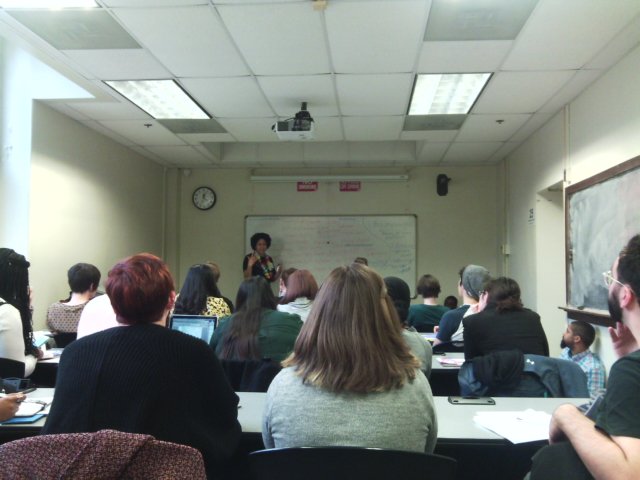 Within the groups, people were given time to introduce themselves and have discussion time with their fellow attendees within the group to discuss questions posed about the topics by the groups’ moderators. People were encouraged to share their thoughts on social media using the hashtag #DCFaith.

The night ended with everyone going to the auditorium to share their reflections about their discussions. This was followed by an entertainment session.

Pictures from this event and previous years’ events can be seen here.