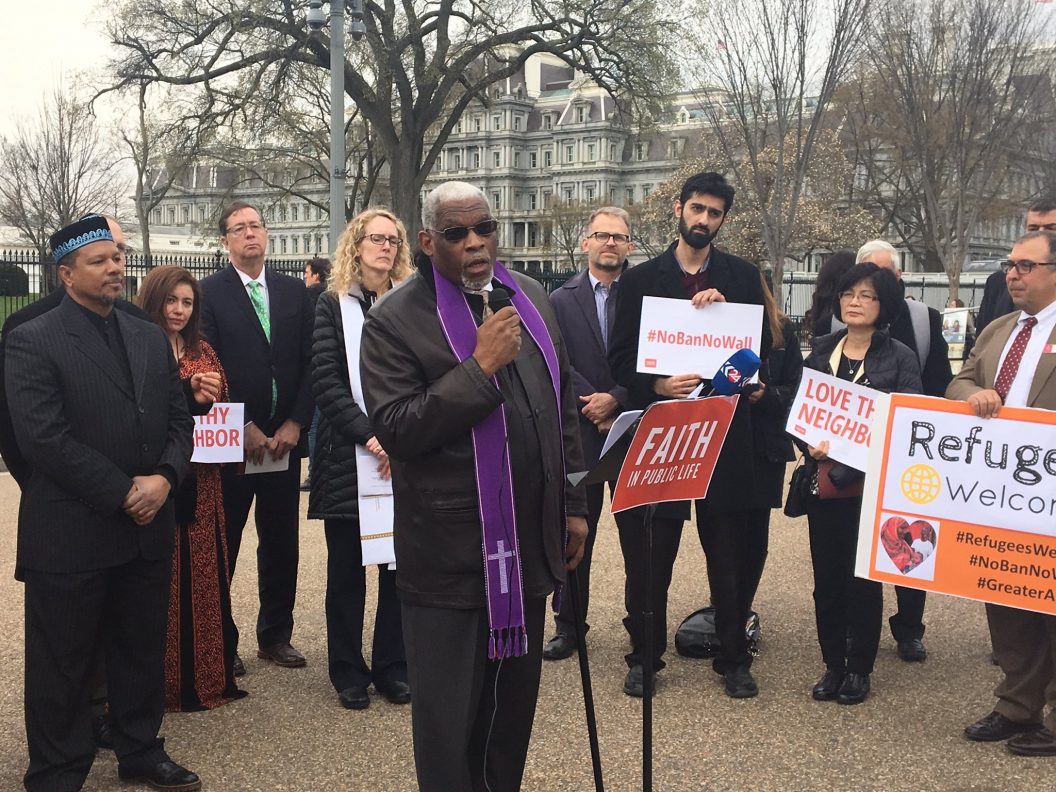 Numerous reports have pointed out that not a single terrorist attack has taken place on U.S. soil from any of the citizens from the banned list. The EO makes no sense at all and does not help make America safe. A fact sheet prepared by Amnesty International lists at least seven harms that come out of this new Muslim ban.

We stand with the faith leaders and strongly demand that President Trump immediately rescind this new order. A summary of the new ban was prepared by Immigration Lawyer Afia Yunus and can be viewed here.

Video of the press conference can be seen below.