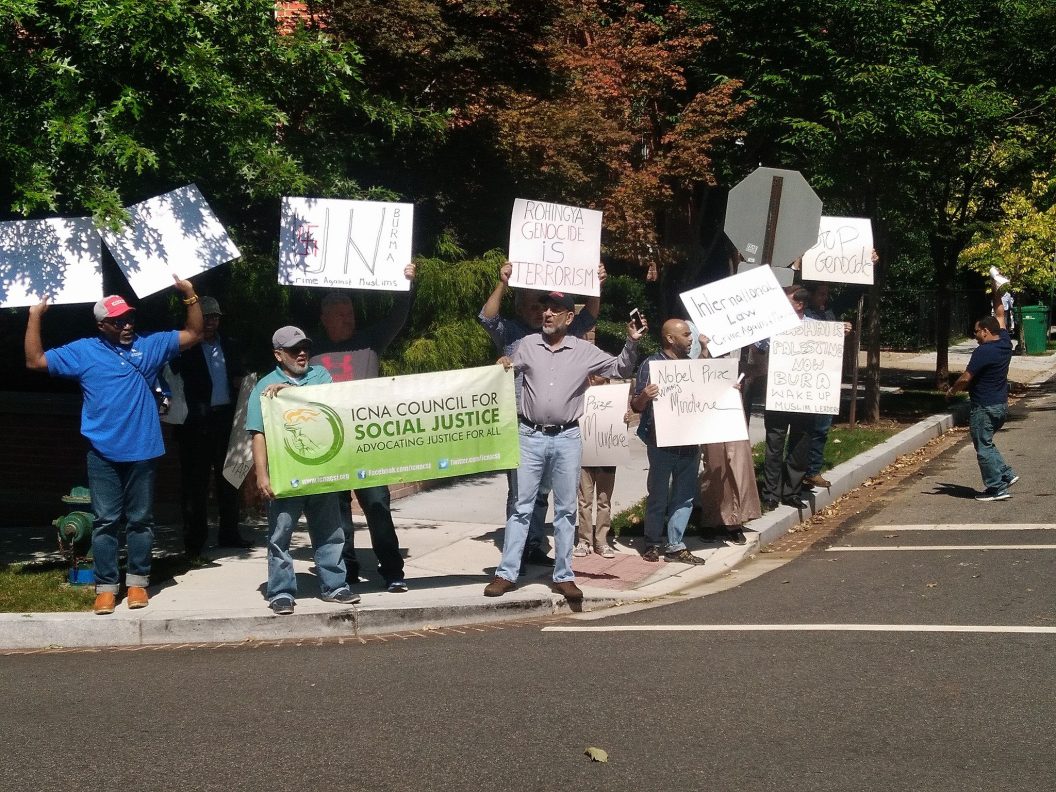 ICNA Council for Social Justice (CSJ) in partnership with Dar al-Hijrah, CAIR, American Muslims for Palestine, Dar al-Noor, ICNA VA Mosque, Muslim Ummah of North America, and Muslim American Society-DC, hosted a protest in front of the Myanmar (formerly Burma) Embassy in D.C. to demand a stop to the ethnic cleansing of its Muslim minorities known as Rohingya. They are a stateless minority ethnic Muslim group in the Rakhine State of Burma. There are an estimated 1 million Rohingya living in Burma, and up to another million refugees abroad. They were described by the United Nations in 2013 as one of the most persecuted communities in the world.

They are denied citizenship under the 1982 Burmese citizenship law, which restricts full citizenship to British Indian migrants who settled after 1823. According to Human Rights Watch, the law “effectively deny to the Rohingya the possibility of acquiring a nationality. Despite being able to trace Rohingya history to the 8th century, Burmese law does not recognize the ethnic minority as one of the national races”. The Rohingyas are also restricted from freedom of movement, state education and civil service jobs. UN officials have described Myanmar’s persecution of the Rohingya as ethnic cleansing by the Buddhist army and radical monks. There have been recent reports of mass rapes, executions, and burning of villages and bodies. 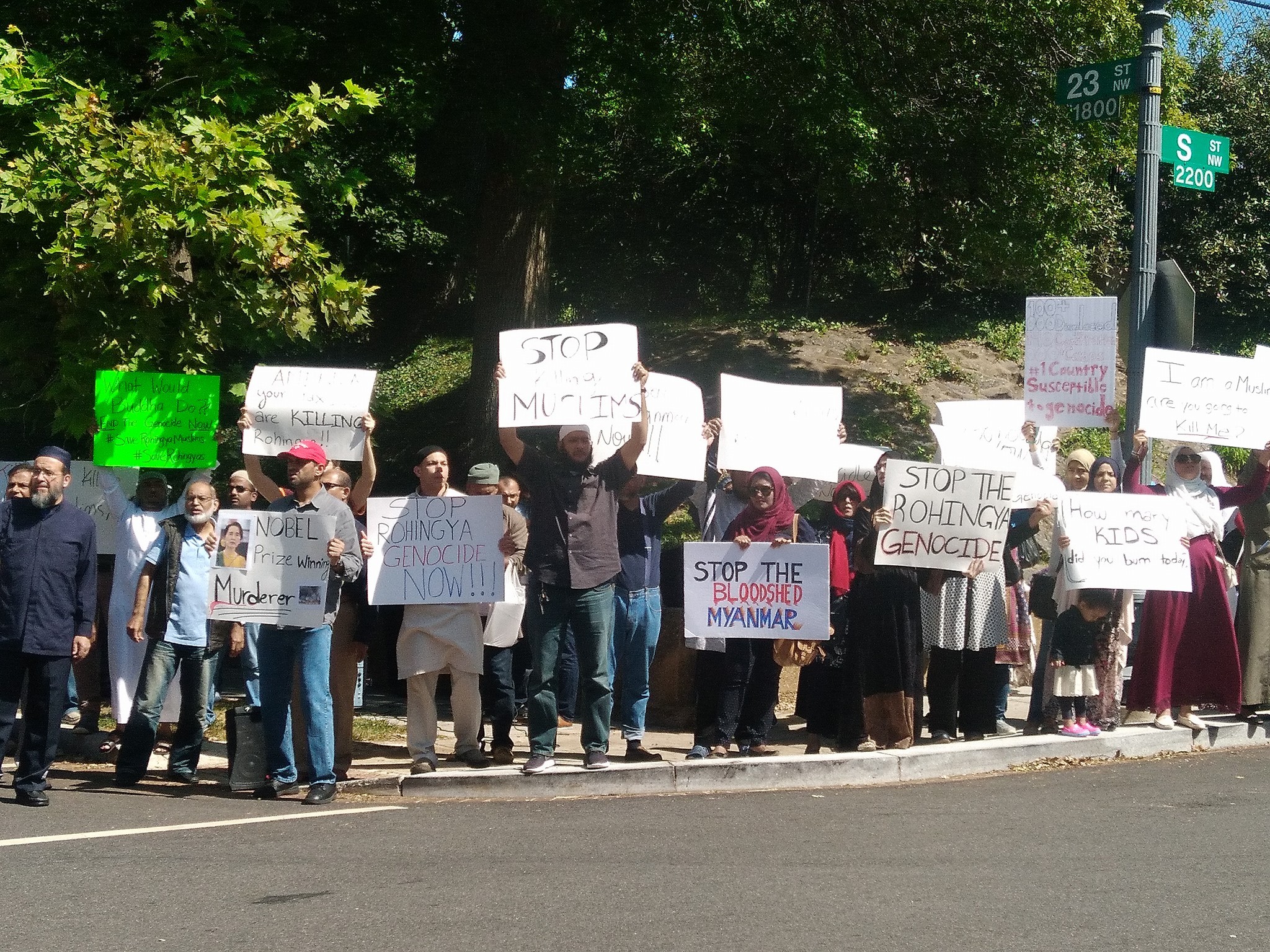 During the rally, some of the slogans asked to take back the Nobel Peace Prize from Aung Su Ki, leader of Burma. The rally started with a Khutba from Br. Naeem Baig from ICNA, then followed by the Jumu’ah prayer and then the rally. Both the khutba and the rally were recorded live via Facebook.

Video of the Rally