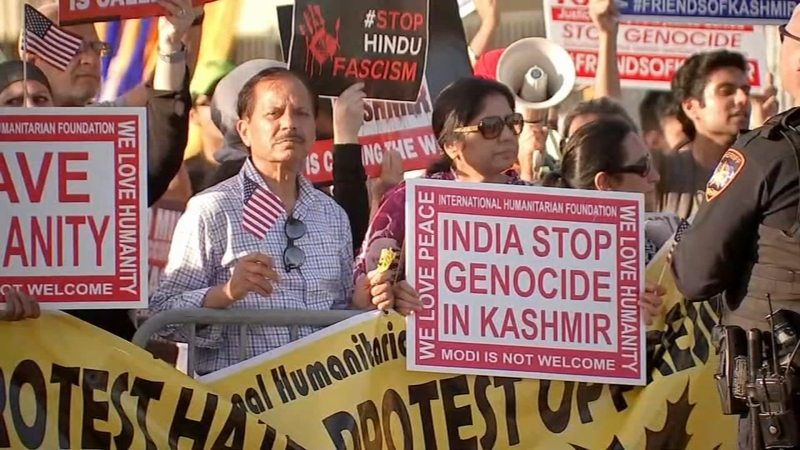 ICNA Council for Social Justice helped coordinate what could be the largest protest in American history against a foreign politician.

While Indian Prime Minister Narendra Modi attracted one of the largest receptions for a foreign head of state, nearly 20,000 people protested against him and the policies of his government in Houston, Texas yesterday on September 22, 2019. 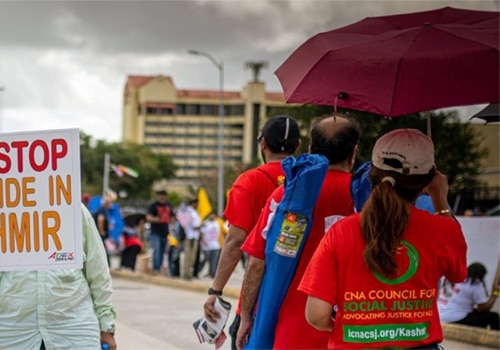 ICNA CSJ Texas Chapter was involved from the beginning along with several other organizations in planning for the massive protests. Over 300 organizers and volunteers worked non-stop in arranging for the logistics and in publicizing the protests and making sure no untoward incident occurred. 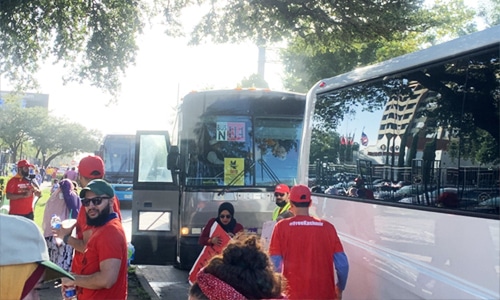 Over 90 buses were hired to bring in the thousands of people to the venue from across the state. Many protesters traveled from all over the country.

Several billboards were put up with messages on the issue of Kashmir and Indian Muslims. 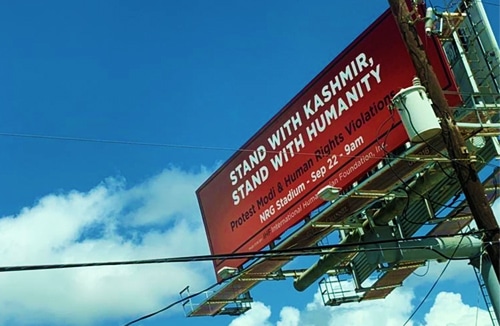 The organizers met with the Houston Police and the Homeland Security Staff to ensure the safety and security of all people.