Coalition for Civil Freedoms (CCF) and its partners, including ICNA Council for Social Justice (ICNA CSJ), announces an upcoming virtual film festival to mark twenty years of the global War on Terror. The War on Terror Film Festival is a month-long, public virtual event featuring twenty award-winning films made over the last 20 years that document abuses, highlight crimes, and satirize absurdities of the post-9/11 era.

From the Oscar-winning “Citizenfour” and “Taxi to the Dark Side” to the Oscar-nominated “Dirty Wars” and the highly-acclaimed “The Mauritanian,” “Four Lions,” “Fahrenheit 9/11” and “The Feeling of Being Watched,” these films shine a spotlight on the wars on Afghanistan and Iraq, indefinite detention at Guantánamo Bay prison, torture and surveillance.

The slate of films include documentary and narrative features and cut across genres from drama to comedy. Together, they paint a picture of the experiences of those who bore the brunt of America’s post-9/11 policies, as well as their pain, trauma, hope, and resilience. 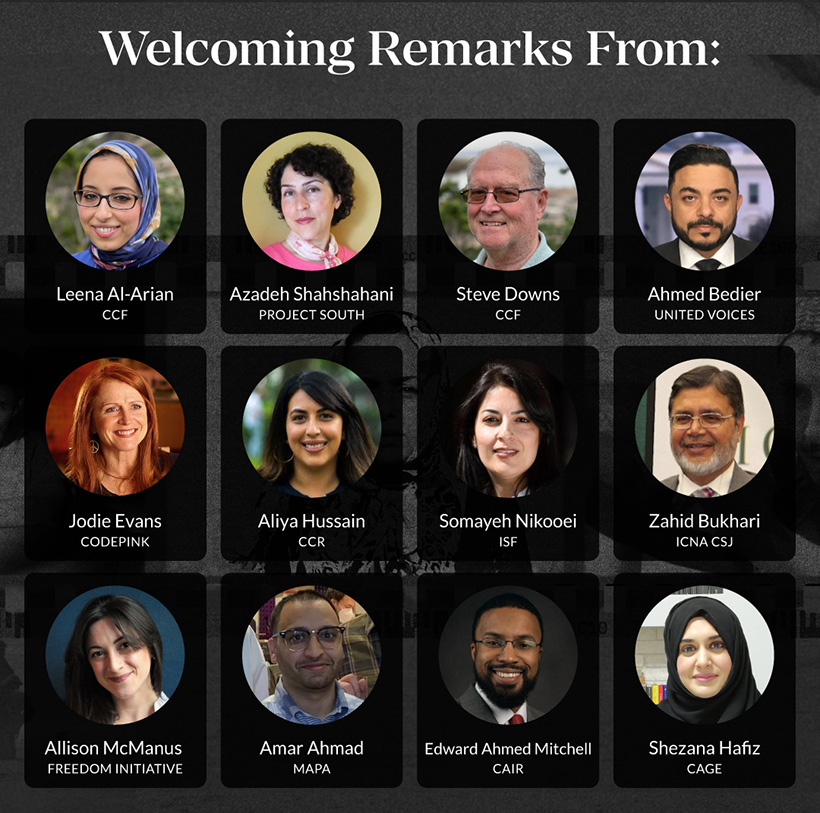 The dates for the virtual festival are: October 1–3; 8–10; 15–17; 22–24; and 29–31, with four films screened per weekend. The festival is entirely free and accessible to the public following registration.

The opening night of the festival on October 1 will feature a virtual premiere event from 3–4 PM ET hosted by CCF and featuring festival sponsors. The four films screening on the opening weekend, October 1-3, will be The Mauritanian (2019), The Road to Guantánamo (2006), The Confession (2016), and The Battle of Algiers (1966). Each film will feature a live discussion with audience Q&A.

Based in Washington, D.C., the Coalition for Civil Freedom’s mission is to defend civil liberties and freedoms, promote a fair U.S. criminal justice system, and advocate for the rights of political prisoners targeted in the War on Terror. www.civilfreedoms.org. Facebook: https://www.facebook.com/civilfreedoms

Sponsors of the War on Terror Film Festival