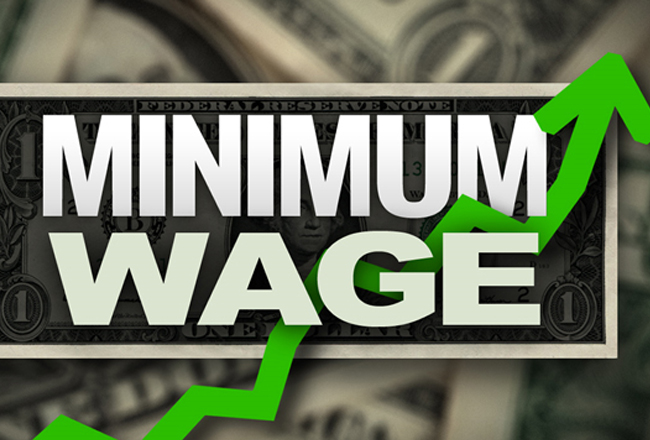 The undersigned organizations enthusiastically support the Raise the Wage Act of 2021, as introduced in the Senate by Senators Bernie Sanders (VT) and Patty Murray (WA), and in the House by Representative Robert C. “Bobby” Scott (VA).
If enacted, the Raise the Wage Act of 2021 would:
• Gradually raise the federal minimum wage to $15 an hour by 2025;
● After 2025, adjust the minimum wage each year to keep pace with growth in the median wage—a measure of wages for typical workers;
● Phase out the egregious subminimum wage for tipped workers, which has been frozen at a meager $2.13 since 1991; and
● Sunset unacceptable subminimum wages for workers with disabilities employed in sheltered workshops and for workers under age 20.

Since fast-food workers in New York City first walked off the job in 2012, demanding a $15 minimum wage and the right to form a union, workers across the country have completely changed the conversation and politics surrounding the minimum wage. Yet, 20 states still have not raised their minimum wages beyond the paltry $7.25 federal minimum wage, and many more have only marginally higher minimum wages than the federal floor—despite clearly negative impacts on workers across the country. Those negative impacts also disproportionately affect Black and brown workers, who have historically been segregated into the lowest paying occupations in the U.S., and who are leading the Fight for $15 and a union.

Congress should heed the demands of workers of color, communities, and their constituents and waste no more time in passing the Raise the Wage Act. Raising the federal minimum wage to $15 an hour and eliminating subminimum wages for tipped workers, youth workers, and workers with disabilities is a long overdue, human rights imperative and a critical racial and gender justice issue—one that will make a crucial difference in the lives of millions of workers and in communities across the country.

Gradually raising the federal minimum wage to $15 by 2025 would lift pay for nearly 32 million workers—21% of the U.S. workforce. Affected workers who work year-round would earn an extra $3,300 a year—enough to make a tremendous difference in the life of a cashier, home health aide, or fast-food worker who today struggles to get by on less than $25,000 a year. A majority (59%) of workers whose total family income is below the poverty line would receive a pay increase if the minimum wage were raised to $15 by 2025.
Raising the minimum wage to $15 and eliminating subminimum wages will be particularly significant for workers of color and women workers, who have historically been pushed into the most underpaid paid jobs through occupational segregation. Passing the Raise the Wage Act would help narrow both the racial pay gap and the gender pay gap. Of those whose pay would increase, nearly 6 in 10 (59%) are women and more than a quarter (28%) have children. One-third (31%) of African-American workers and one-quarter (26%) of Latinx workers would get a raise if the federal minimum wage were increased to $15. Almost one in four (23%) of those people who would benefit is a Black or Latina woman. AfricanAmerican workers and Latinx workers are paid 10–15% less than white workers with the same characteristics, so the Raise the Wage Act would deliver the largest benefits to Black and Latinx workers — about $3,500 annually for a year-round worker. The Raise the Wage Act will also deliver increased wages to an estimated 1.45 million LGBTQ workers and would reduce the proportion of male samesex couples living in poverty by one-third and female same-sex couples by almost one-half. There would be similar reductions in poverty among LGBTQ people who are not in same-sex couple households, with the largest gains for those with the highest rates of poverty—Black, Latinx, bisexual, and transgender adults.

Raising wages has never been more urgent than during this pandemic. Essential and frontline workers make up a majority of those who would benefit from a $15 minimum wage. Members of Congress should do more than pay lip service to frontline workers; they should make sure they get higher wages. The median pay is well under $15 an hour for many essential and frontline jobs; examples include substitute teachers, nursing assistants, and home health aides. More than one-third (35%) of those working in residential or nursing care facilities would see their pay increase, in addition to home health aides and other health care support workers. One in three retail sector workers (36%) would get a raise, including 42% of workers in grocery stores. More than four-in-ten (43% of) janitors, housekeepers, and other cleaning workers would benefit. Nearly two-thirds (64%) of servers, cooks, and other food preparation workers would see their earnings rise by $5,800 on a year-round basis. For 6 million tipped food service workers, a majority female workforce, the subminimum wage for tipped workers is a legacy of slavery that has been a source of poverty, sexual harassment, and exposure to health risks and hostile customers during the pandemic. Ten million workers in health care, education, construction, and manufacturing would see a raise—representing nearly one-third (31%) of the workers who would see a raise.

Contrary to what opponents of a living wage would argue, our economy can more than afford a $15 minimum wage. Workers earning the current federal minimum wage are paid less per hour in real dollars than their counterparts were paid 50 years ago. Businesses can afford to pay the most underpaid worker in the U.S. today substantially more than what her counterpart was paid half a century ago. The economy has grown dramatically over the past 50 years, and workers are producing more from each hour of work, with productivity nearly doubling since the late 1960s. If the minimum wage had been raised at the same pace as productivity growth since the late 1960s, it would be over $20 an hour today.
In fact, an immediate increase in the minimum wage is necessary for the health of our economy. A $15 minimum wage by 2025 would generate $107 billion in higher wages for workers and would also benefit communities across the country. Because underpaid workers spend much of their extra earnings, this injection of wages will help stimulate the economy and spur greater business activity and job growth.

It is long past time to pass the Raise the Wage Act of 2021—and we call on all Members of Congress to finally give nearly 32 million workers the raise they have fought so hard to secure.