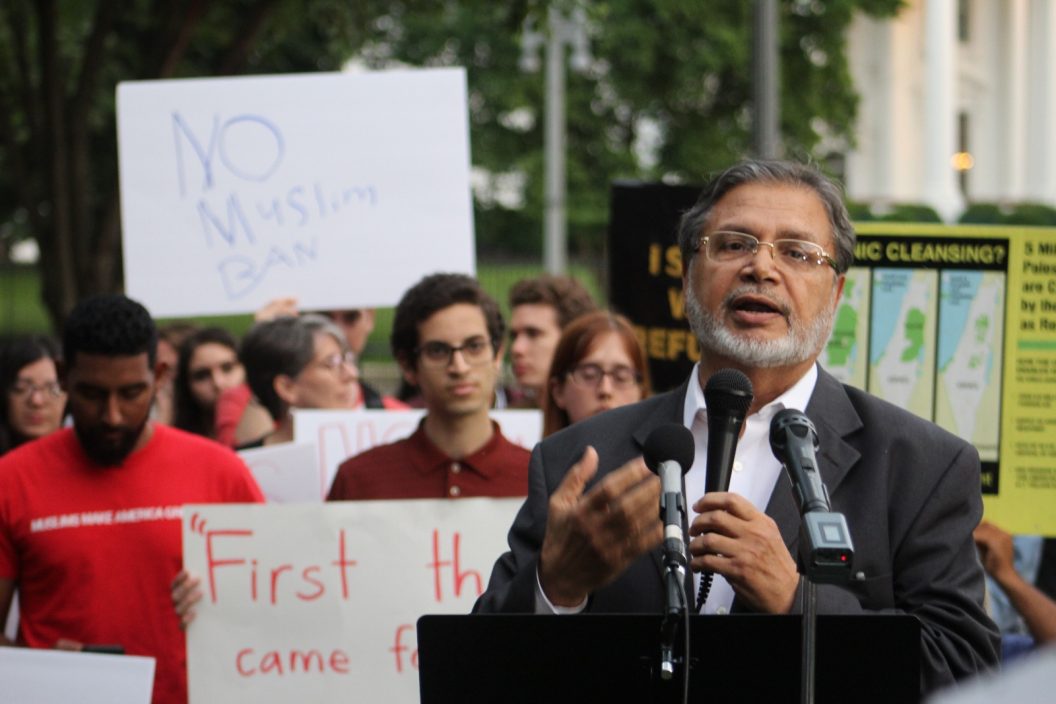 On June 6, 2018, ICNA Council for Social Justice in partnership with other organizations co-sponsored and iftar outside of the White House. The official name selected for the event was “Not Trump’s Iftar” to counter the iftar that Trump himself was hosting the same time in the White House. His iftar mainly invited ambassadors and diplomats from predominantly Muslim countries. Prominent American Muslim leaders who attended iftar dinners under previous administrations said they would have turned down the invitation even if they had been invited, citing Trump’s continued targeting of Islam and his history of incendiary comments about Muslims as reasons.

US presidents have previously hosted iftar dinners at the White House for foreign diplomats, Cabinet officials and Muslim leaders from civil society organisations in honour of the Islamic holy month of Ramadan. Iftar dinners have been held regularly at the White House since the Clinton administration as a form of outreach to the Muslim world. Hosting iftar was a stark departure from the rhetoric Trump used during his campaign, when he called for a “complete and total shutdown” of Muslims entering the country, compared Syrian refugees fleeing civil war to a deadly snake and declared, “I think Islam hates us” in an interview with CNN.

In this short video from the rally, Dr. Zahid Bukhari, ICNA CSJ Executive Director, makes a few points on why Trump’s behavior is problematic.