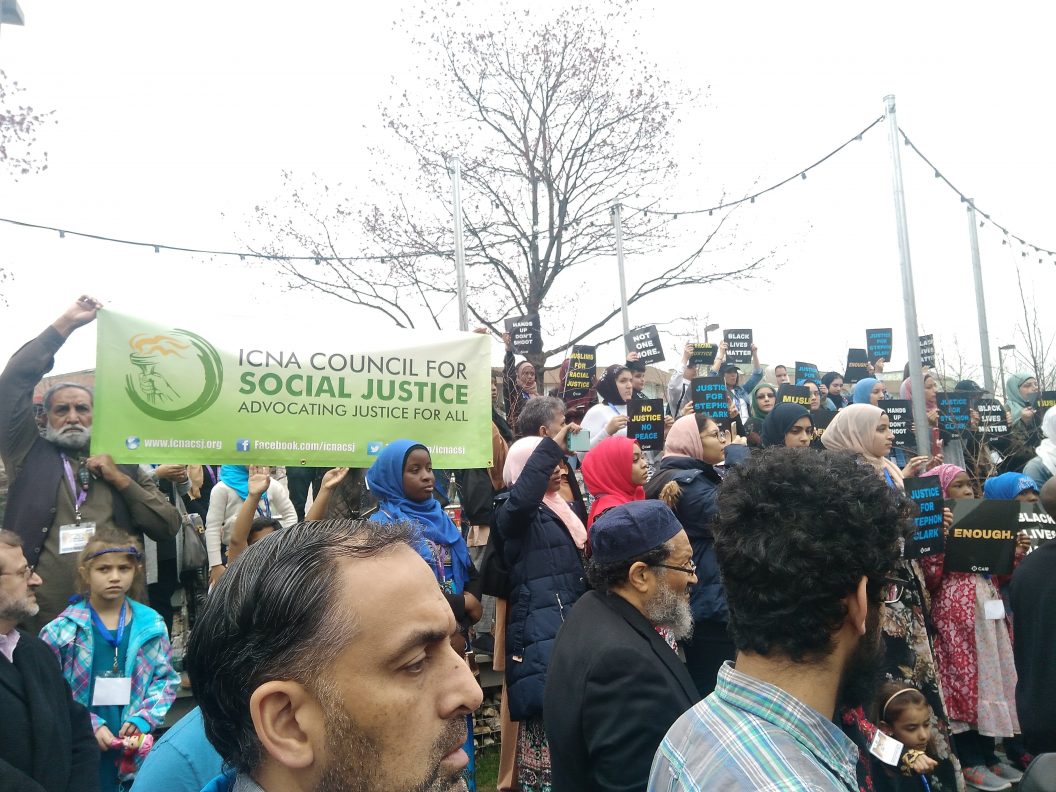 On April 1, 2018, ICNA CSJ in partnership with CAIR, MAS, MPOWER Change, and MSSA organized a rally at McKeldin Square in Baltimore, MD to oppose the unjust shooting of Stephon Clark by the Sacramento police in California last week. He was unarmed and shot eight times in the back as he talked on his cell phone in his grandmother’s backyard. The police continue to target and murder people of color without taking any responsibility.