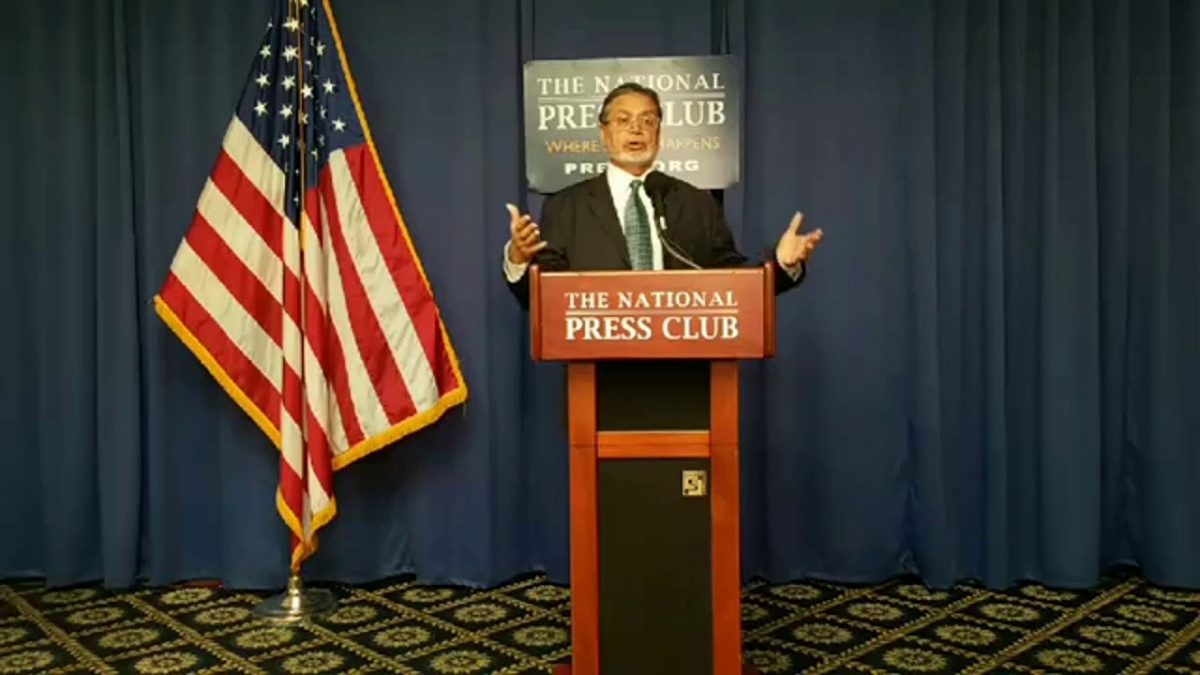 (WASHINGTON, D.C., 1/6/20) – A coalition of Indian-American and American civil society, civil and human rights organizations today held a news conference at the National Press Club in Washington, D.C., calling for U.S. sanctions on Home Minister of India in response to that country adopting the controversial Citizenship Amendment Act (CAA) – a law that discriminates against India’s religious minorities and could categorize India’s 200 million Muslims and others as non-citizens as illegal aliens.

During the news conference, coalition members urged President Trump, the Department of State and members of Congress to reject the human rights violations and the discriminatory laws being passed in India and take the following actions:

The coalition also called on India to:

On December 10, the government of India passed the CAA, which legalized the granting of citizenship based on religion and specifically excluded Muslims from obtaining citizenship. India also is planning to implement a pan-India citizen verification process known as the National Register of Citizens (NRC). The combination of CAA and NRC would give the Indian Government legal grounds to declare Indian Muslims as non-citizens.

Since enactment of CCA, more than 20 Indian protesters have been killed by police firing into crowds of unarmed anti-CAA protestors.

The Indian government has also banned protests and cut internet in parts of the nation’s capital Delhi and throughout the states of Uttar Pradesh and Karnataka.