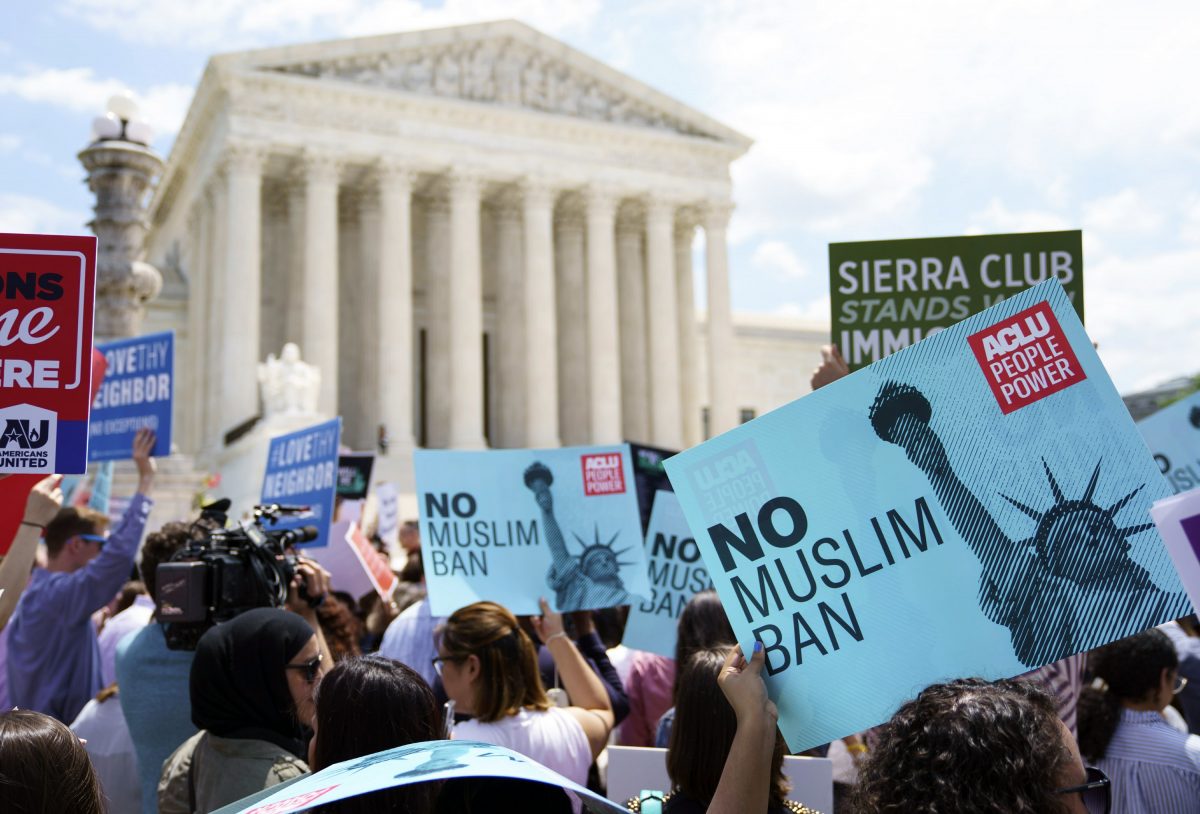 Washington, DC — Today, the NO BAN Act Coalition is celebrating the end of the Muslim and African Ban and calling on Congress to take the next step and prevent similar bans from being enacted again. The NO BAN Act Coalition is an alliance of national and local civil rights, faith and community groups who have been working tirelessly to support passage of the NO BAN Act, a landmark Muslim civil rights bill that is included in the U.S. Citizenship Act, the Biden administration’s day one immigration legislation. The NO BAN Act, introduced by Sen. Chris Coons (D-DE) and Rep. Judy Chu (D-CA), was passed with a bipartisan majority in the House on July 22, 2020. The following is a joint statement from 81 organizational members of the coalition on the repeal of the Muslim and African Ban:

“Goodbye to the Muslim and African Ban. Almost four years ago, one of President Trump’s first acts in office was to ban Muslims from the United States. Three years later, he expanded the ban to include several African countries. Today, it’s fitting that one of Biden’s first acts is to rescind the Muslim and African Ban. This is a momentous occasion for the millions of Americans who were separated by the ban and those who stood up against this injustice at airports nationwide. Thank you, President Biden for staying true to your promise to repeal this bigoted policy immediately.

The Muslim and African Ban was never about national security, it was always rooted in bigotry and called into question what values America stands for. However, just ending the ban through an executive order won’t stop this from happening again. That’s why we applaud the historic inclusion of the NO BAN Act in the U.S. Citizenship Act of 2021.

The House of Representatives took the historic step of passing the NO BAN Act this past summer. It took years of work to break through the multiple barriers that stood in the way. Many members of Congress had never co-sponsored or voted for legislation to protect American Muslims from discrimination, the House of Representatives had never even held a hearing on the rights of American Muslims and no chamber of Congress had ever passed a Muslim civil rights bill.

But the NO BAN Act passed with a bipartisan majority because lifting this one ban is not enough. It’s vital that we ensure that no president ever again can ban people because of their faith or nationality. That’s why Congress must take this important next step and pass the NO BAN Act immediately.”

Americans United for Separation of Church and State

Brennan Center for Justice at NYU School of Law

Congregation of Sisters of St. Agnes

Franciscan Sisters of the POOR

Global Project Against Hate and Extremism

League of Women Voters of the United States

People For the American Way

Sisters of Mercy of the Americas – Justice Team

The Leadership Conference on Civil and Human Rights