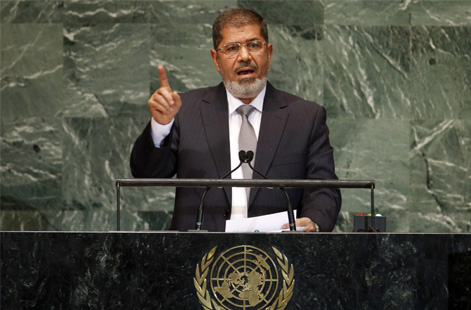 The Islamic Circle of North America (ICNA) today offered its deepest sympathies to the people of Egypt on the death of their first and only democratically elected ruler, President Mohammad Morsi.

May Allah Grant the Highest levels of Paradise to Dr. Morsi and Bless his family with patience and perseverance in this difficult time. Ameen.

ICNA calls on the international community to condemn the sham trials and executions of civilians perceived as political opponents to the current military regime.

Last year the Independent Detention Review Panel formed by British members of parliament, warned that the lack of medical treatment could result in Morsi’s “premature death”.

Earlier Amnesty International had described the death sentences handed out to Morsi and others as a “vengeful march to the gallows.”

ICNA also asks the US government to reconsider providing millions of dollars in Military aid to the current dictatorship in light of continued denial of political representation to all Egyptians and the brutal suppression of any peaceful political activity.