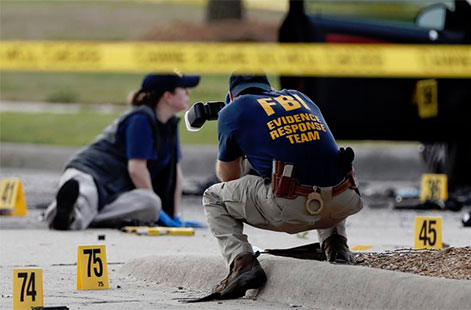 The Islamic Circle of North America today condemns the violent attack on Sunday at an anti-Islam event in Texas.

According to news reports, two gunmen opened fire at an anti-Islam event held in Garland, TX by the New York- based American Freedom Defense Initiative, identified as an anti-Muslim hate group by the Southern Poverty Law Center.

Law enforcement responded quickly to the threat to ensure public safety. Both attackers were killed and one security guard hospitalized due to sustained injuries.

“This event was a staged provocation by Islamophobes against a religious minority,” said Naeem Baig, president of ICNA. “While violence is never a solution to bigoted speech, as Americans, we cannot turn a blind eye toward hatred.”

“The Muslim community reaffirms its commitment to combat the downward spiral of hostility,” said Baig. “We strive to work together with diverse communities to promote mutual cooperation and love.”