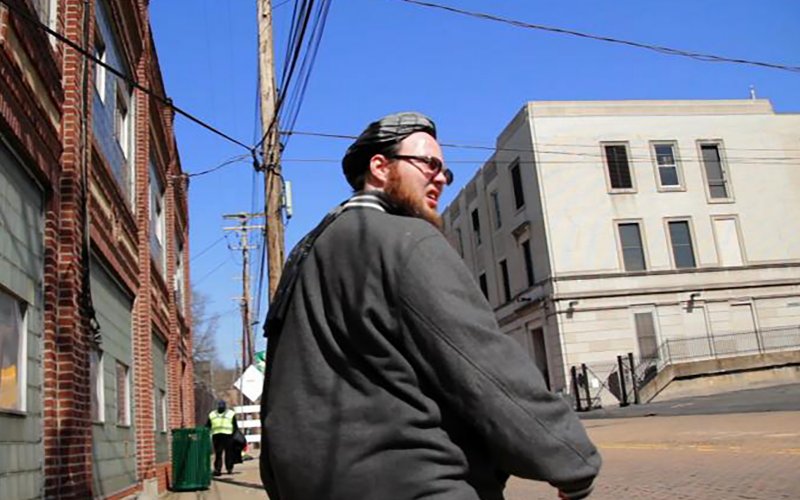 The documentary (T)error is the first film to tag along with an FBI informant whose job is to embed with suspected American terrorists and bait them into extremist, arrestable behavior.

“I don’t like the word ‘informant,’” says government informant Saeed “Shariff” Torres in (T)error, the first documentary to capture an FBI operation in progress and one that raises alarming questions about the way America is waging its war on terrorism.Torres is the intriguing figure at the center of (T)error, whose directors Lyric Cabral and David Felix Sutcliffe achieve several startling feats of access, good timing, and even better luck. They paint a damning portrait of government entrapment carried out by foot soldiers enlisted to target potential radicalized jihadists living in cities like Pittsburgh, where (T)error hits its stride amidst a forced sting operation gone south.But first, it spends a lengthy stretch getting to know Torres, who’s introduced in his undisclosed day job as a high school cook somewhere in the Eastern United States. Whooping along courtside at a basketball game and smiling for photographs, the amiable, aging Torres is glimpsed from afar in scenes from his normal life.A jarring aside fills in the first clue to his double identity. “I ain’t gonna make no motherfuckin’ independent film if motherfuckers come after me,” he mutters while mic’ed, to nobody in particular.Unprecedented access is given to first-time filmmaker Cabral, who was a student at Columbia University when she first met Torres, her downstairs neighbor. After turning in a target on a 2005 case, he disappeared without a trace. Years later she found him and learned what he did for a living, and he agreed to let her and co-director Sutcliffe into his sequestered, secretive life.Unbeknownst to Torres’s FBI handlers—whose directives are quoted from text messages and heard in a voice mail recording that plays onscreen—their cameras gained incredible access to confidential information. In one scene, the screen focuses on a map of Pittsburgh on Torres’s wall marked with the names and the blurred photographs of suspected terrorists, red lines marking intel meant for his eyes only.

Whether you know Torres as Saeed or Shariff says a lot about how much the feds are watching. Most met the Vietnam veteran and ex-con as Saeed decades ago, from back before his Black Panther cred landed him on the FBI’s radar. In 1987 he got nabbed for “ex-appropriating” stolen riches “back to the masses,” he admits with some chagrin. Jailed for multiple crimes including grand larceny, robbery, and weapons charges, Torres soon signed up as an informant when the feds came calling. Demand for his services skyrocketed after 9/11.

Now, “I consider myself a civilian operative,” he tells the filmmakers, finding a respectable if hamstrung dignity in the undercover work that’s helped put away several perps over the decades. “The public is not supposed to know I work for them.”But as (T)error reveals, the informant game is an incredibly lonely, taxing, and conflicted existence. The personality traits required to make for a successful informant, the film suggests, include something akin to sociopathy that allows a person to get close to their target and then exploit that relationship without remorse, in service of a higher justice.

That work has most certainly gotten him excommunicated from the mosques of New York City, and with good reason. Several years ago, he reveals, he helped put jazz musician Tarik Shah away on a 15-year conspiracy charge. According to the Department of Justice, Shah was arrested in a FBI sting operation after agreeing to provide combat training to an agent posing as an al Qaeda recruiter. He pleaded guilty to the charges, but Shah’s supporters claim that he was a victim of FBI entrapment. (T)error gives that claim some support.

The heat he took for his role in Shah’s controversial arrest seems to weigh on Torres. “Tarik Shah was my friend,” says Torres, who went undercover by taking jazz bass lessons from the musician and martial artist to gain his trust. “I tried to give him warnings… to tell him to leave certain things alone.”

The filmmakers interview two figures who remember Saeed well: Shah’s mother, who recalls Shah calling her to ask if his new pal could move into her spare room, and Ali Karim, the head of security at Brooklyn’s Masjid At-Taqwa mosque, who similarly recalls the shock of discovering that a member from their flock fingered Shah. The cameras sit in on a local meeting of Muslim parishioners decrying the practice of “mosque crawling,” also employed by the NYPD, to gather information and evidence against Muslims in their communities and places of worship.

“I broke a solemn oath against another Muslim,” says Torres, who appears conflicted about the case and also claims Shah’s supporters have issued a fatwa against him. “They don’t give a shit if the other Muslim is bad or not, he’s another Muslim.”

It’s not hard to see why Torres is ready to give up the stressful, isolating gig. But he’s bad with money, he tells the filmmakers, and the promise of a $200,000 fee for one last job is hard to resist. It will all go toward taking care of his son, for whom he bakes cakes, his culinary passion. After this final case, he says, he’d like to open a custom cupcake shop. “I would like to make this my last assignment,” he declares.

And what a mission it is. With the filmmakers in tow, Torres is sent to Pittsburgh to gather information on and befriend a local Muslim-American man whose pro-Taliban social media posts have landed him on the FBI’s radar. Torres sets up shop in a safe house and makes contact at a bus stop with Khalifah al-Akili, an Islam convert born James Marvin Thomas Jr. His directive is to bait al-Akili into extremism. He starts by texting him a recommendation to watch Showtime’s Homeland.

But as he gets to know al-Akili, Torres has his doubts as to how much of a threat he poses—doubts he relays to his handlers as the cameras roll. The FBI send in a second undercover agent anyway who comes on too strong, setting off their would-be perp’s alarm bells, and (T)error takes its most surprising turn: Making contact with al-Akili without Torres’s knowledge, the filmmakers proceed to conduct simultaneous interviews with both informant and target, capturing the operation’s swift unraveling as it happens.

In its final chapter, the film brilliantly flips the orientation of justice, questioning counter-terrorism measures that exploit informants like Torres to set up Muslims like al-Akili in the name of homeland security. “Authorities must rein in the informant program, and institute immediate congressional oversight, if they sincerely aim to defend the liberty and security of all Americans, regardless of race or religion,” the directors wrote in an op-ed in January after premiering the film at Sundance, where the film won the Special Jury Prize.

After Pittsburgh, the filmmakers find Torres conflicted: “I don’t know if I made the right decision or not.” A postscript, however, reveals that he’s since come crawling back to the FBI. These days, money talks.