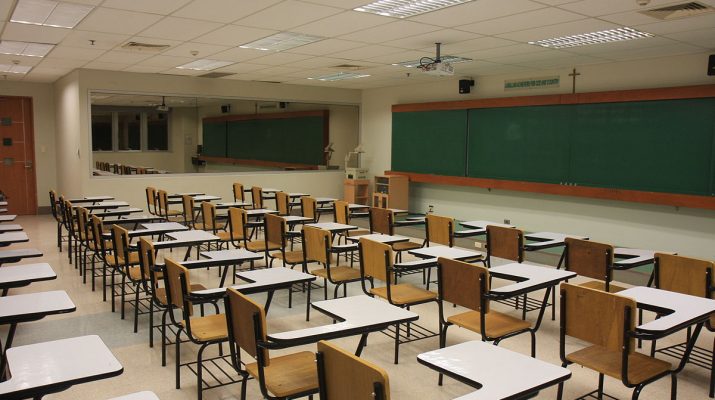 Institutional racism doesn’t just affect adults but children in K-12 schools as well. Anecdotes from families, research studies and discrimination lawsuits all reveal that children of color face bias in schools. They’re disciplined more harshly, less likely to be identified as gifted or to have access to quality teachers, to name but a few examples.

Racism in schools has serious consequences—from fueling the school-to-prison pipeline to traumatizing children of color.

Racial Disparities in Suspensions Persist, Even in Preschool

Black students are three times more likely to be suspended or expelled than their white peers, according to the U.S. Department of Education. And in the American South, racial disparities in punitive discipline are even greater. A 2016 report from the University of Pennsylvania, Center for the Study of Race and Equity in Education, found that 13 Southern states (Alabama, Arkansas, Florida, Georgia, Kentucky, Louisiana, Mississippi, North Carolina, South Carolina, Tennessee, Texas, Virginia and West Virginia) were responsible for 55 percent of the 1.2 million suspensions involving black students nationwide.

These states also accounted for 50 percent of expulsions involving black students nationally, according to the report, “Disproportionate Impact of K-12 School Suspension and Expulsion on Black Students in Southern States.” The finding most indicative of racial bias is that in 84 Southern school districts, 100 percent of students suspended were black.

And grade school students aren’t the only black children facing harsh forms of school discipline. Even black preschool students are more likely to be suspended than students of other races, the U.S. Department of Education found. The agency reported that while blacks make up just 18 percent of children in preschool, they represent nearly half of preschool children suspended.

“I think most people would be shocked that those numbers would be true in preschool, because we think of 4- and 5-years-olds as being innocent,” Judith Browne Dianis, co-director of think tank the Advancement Project told CBS News about the finding. “But we do know that schools are using zero tolerance policies for our youngest also, that while we think our children need a head start, schools are kicking them out instead.”

Preschool children sometimes engage in troublesome behavior such as kicking, hitting and biting, but quality preschools have behavior intervention plans in place to counter these forms of acting out. Furthermore, it’s highly unlikely that only black children act out in preschool, a stage in life in which kids are notorious for having temper tantrums.

Given how black preschoolers are disproportionately targeted for suspensions, it’s very likely that race plays a role in which children teachers single out for punitive discipline. In fact a study published in Psychological Science in 2016 suggests that whites begin to perceive black boys as threatening at just 5 years old, associating them with adjectives such as “violent,” “dangerous,” “hostile” and “aggressive.”

This can lead to them falling behind academically, including not reading at grade level by third grade, and eventually dropping out of school. Pushing children out of class increases the chances that they will have contact with the criminal justice system. And a 2015 study published on children and suicide suggested that punitive discipline may be one of the reasons suicides among black boys are rising.

Of course, black boys aren’t the only African American children targeted for punitive discipline in school. Black girls are more likely than all other female students (and some groups of boys) to be suspended or expelled as well.

Minority Children Less Likely to Be Identified as Gifted

A 2016 report published by the American Educational Research Association found that black third graders are half as likely as whites to participate in gifted and talented programs. Authored by Vanderbilt University scholars Jason Grissom and Christopher Redding, the report, “Discretion and Disproportionality: Explaining the Underrepresentation of High-Achieving Students of Color in Gifted Programs,” also found that Hispanic students were also about half as likely as whites to be involved in gifted programs.

Why does this imply that racial bias is at play and that white students aren’t just naturally more gifted than children of color?

Because when children of color have teachers of color the chances are higher that they will be identified as gifted. This indicates that white teachers largely overlook giftedness in black and brown children.

Identifying a student as gifted involves a number of considerations. Gifted children may not have the best grades in class. In fact, they may be bored in class and underachieve as a result. But standardized test scores, portfolios of schoolwork and the ability of such children to tackle complex subjects despite tuning out in class may all be signs of giftedness.

When the school district in Broward County, Florida, changed the screening criteria for identifying gifted children, officials found that the number of gifted students in all racial groups rose. Rather than rely on teacher or parent referrals for the gifted program, Broward County used a universal screening process that required that all second graders take a nonverbal test to identify them as gifted.

Nonverbal tests are said to be more objective measures of giftedness than verbal tests, especially for English language learners or children who don’t use Standard English.

Students who scored well on the test then moved on to I.Q. tests (which also face allegations of bias). Using the nonverbal test in combination with the I.Q. test led to the number of black and Hispanic students in the program tripling from 1 to 3 percent and 2 to 6 percent, respectively.

Students of Color Less Likely to Have Qualified Teachers

A mountain of research has found that poor black and brown children are the youth least likely to have highly qualified teachers. A study published in 2015 called “Uneven Playing Field? Assessing the Teacher Quality Gap Between Advantaged and Disadvantaged Students” found that in Washington, black, Hispanic and Native American youth were most likely to have teachers with the least amount of experience, the worst licensure exam scores and the poorest record of improving student test scores.

Related research has found that black, Hispanic and Native American youth have less access to honors and advanced placement (AP) classes than white youth do. In particular, they are less likely to enroll in advanced science and math classes. This can reduce their chances of being admitted to a four-year college, many of which require completion of at least one high-level math class for admission.

Not only are students of color least likely to be identified as gifted and enroll in honors classes, they are more likely to attend schools with a greater police presence, increasing the odds that they will enter the criminal justice system.

The presence of law enforcement on school campuses also increases the risk of such students being exposed to police violence. Recordings of school police slamming girls of color to the ground during altercations have recently sparked outrage across the nation.

As the nation’s racial demographics shift, these disparities pose serious risks to America’s future. Students of color comprise a growing share of public school students. If the United States is to remain a world superpower for generations, it’s incumbent upon Americans to ensure that disadvantaged students and those from ethnic minority groups receive the same standard of education that privileged students do.