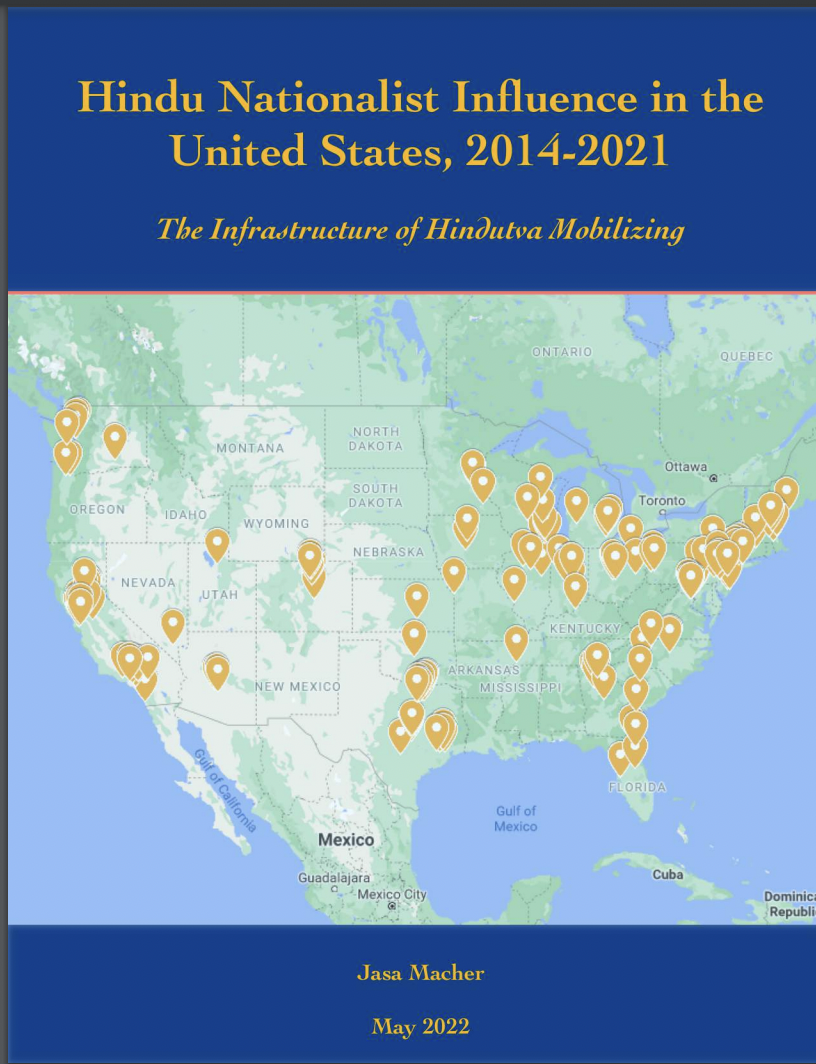 This 93-page report looks at the Infrastructure of Hindutva Influence Peddling, Mobilizing, and Fund Raising in the US. Fascism-inspired groups, called the Sangh Parivar (Sangh family, or the Sangh), operate a vast social ecosystem throughout India. Hindu nationalists in India have become mainstreamed through winning elections and gaining control of the national and several state-level governments. Observers have noted that, in coordination with the Sangh’s efforts to win elections in the last several decades, Hindutva groups have consolidated power through waging hate campaigns against minorities and critics cultivating their own mythologized history-based information ecosystem, and establishing education and development projects in poor and rural areas, coming to exert social influence in communities marginalized by capitalism and where the Indian government “has retreated from critical domains such as public education and public health; social and educational projects, part of the Sangh’s apparatus of influence in India, is funded and supported in large part by communities in the diaspora, according to news reporting and tax records. On the U.S. side, that apparatus combines diasporic Sangh-implemented family and youth programs, cultural events, temple-related conferences, charitable funders of education and health projects, and political pressure groups that appear to provide social and political support to Hindutva. Sangh groups in the diaspora are important to the enterprise because these entities operate as influence groups on the more powerful middle-class and wealthy communities, disseminating and amplifying shared supremacist worldviews that appear to result in greater financial and social support for Sangh groups.