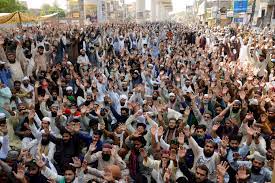 In Punjab, Pakistan, an eight-year old Hindu boy is being held in police custody. The boy is the youngest person to be charged with blasphemy in the country.

Many of the Hindu community of Rahim Yar Khan, where the boy and his family reside, have fled their homes after a Muslim crowd attacked a Hindu temple after the boy was released on bail. The government sent troops to stop further unrest.

The boy was accused of urinating on a carpet in the library of a madrassa. The Guardian reported that the boy’s family has said he doesn’t understand what blasphemy is and why he was charged.

Blasphemy charges have been used to discriminate against religious minorities in Pakistan – the state-sanctioned laws normalize the oppression of these minority groups. Mobs are not unusual to occur after a blasphemy charge is invoked, leading to the destruction of temples, homes, and even lives of the minority community.

Ramesh Kumar, head of the Pakistan Hindu Council stated that “The attack on the temple and blasphemy allegations against the eight-year old minor boy has really shocked me. More than a hundred homes of the Hindu community have been emptied due to fear of attack.”

Activists are demanding that the charges against the boy be dropped and that the government provide security for the boy’s family and the community that has been forced to flee.

The mob attack on the Hindu temple yesterday was triggered after a 9-year-old child accused of blasphemy for allegedly urinating in a Madrassa, was released on bail. The world’s greatest fantasy writers couldn’t conjure up the kind of dystopia we are actually living in.