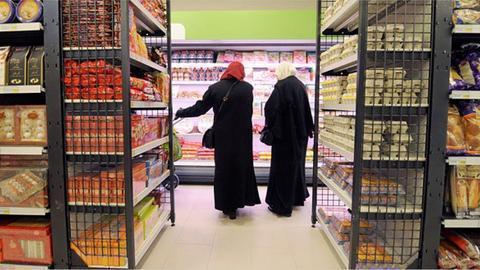 France has recently passed a legislation to ban the slaughter of halal poultry animals. This decision was made just before Ramadan, a holy month for Muslims. The decision to ban Islamic slaughter of poultry animals will be executed in July 2021. This decision comes after a recent slew of Islamophobic legislation in France, wherein protesting of such laws is strong amongst Muslims and Muslim allies.

The ban will not only affect Muslims, but France’s small Jewish population as well – kosher slaughter is similar to halal slaughter. The animal’s neck is cut in one motion, as to not allow the animal to go through pain. This method is considered by many animal rights groups to cause the animals more pain; however, Muslims argue that stun guns cause the animals more pain. Furthermore, the Quran specifies that animals should be treated gently when slaughtered.

The Daily Sahab reports that many Muslim officials are criticizing the decision. Three directors of mosques in Paris issued a joint statement, claiming that this decision sends a negative message to the Muslim community in France. The statement says “These precautions are a serious obstacle preventing people from freely practicing their religion.”

It can be argued that this decision follows a long history of Islamophobia and anti-Semitism in Europe. France’s recent Islamophobic legislation includes bans on womens’ religious clothing. Through the halal meat ban, we will consequently see more Islamophobic rhetoric increase in France, impacting the most vulnerable.

Although colonialism has colloquially ended, the effects of colonialism are felt throughout the world. A remnant of colonialist ideology is the concept that Western civilization is inherently better than non-Western civilization. This can be shown through the ideas of social Darwinism. Oxford Languages defines social Darwinism as a “theory that individuals, groups, and peoples are subject to the same Darwinian laws of natural selection as plants and animals. Now largely discredited, social Darwinism was advocated by Herbert Spencer and others in the late 19th and early 20th centuries and was used to justify political conservatism, imperialism, and racism and to discourage intervention and reform.”

Social darwinism had a role to play in not only colonialism, but the Western view of the non-Western world. The theory had a role to play in European/Western supremacy – deeming those who were not European or Western savages, barbarians, needing to be saved. Thus, one of the reasons colonialism started and flourished was of course due to gold, but also due to the idea that Western society wanted spread its “greatness” to the rest of the world.

Why is this relevant to today, one may ask? It is imperative to understand the ways in which social darwinism influenced the cruel colonization that occurred throughout the world at the hands of colonizing entities. The ideas of social darwinism are intrinsically connected to issues of racism and prejudice today.

Discrimination is not new to France. France has institutionally discriminated against the Roma people for centuries. Former right-wing presidents such as Nicolas Sarkozy and Valls have targeted Roma during their campaigns, claiming that Roma are not able to integrate into French society. Furthermore, Roma are seen as the “absolute foreigner.” The absolute foreigner is a concept that denotes that Roma will never be seen as part of French society; they will always be stigmatized (Wolfreys, 112). Many academics theorize that Muslims are now also being grouped into the absolute foreigner typology.

The idea of “integration” is very important to French society. Integration is the process of an immigrant changing their values to fit into the values of a French person, which may include secularism, democracy, etc. The theorist Penel says that integration in France has always been based on a skewed relationship – the Other (colonized people) are only recognized depending on the goodwill of the dominator (Wolfreys, 112).

Penel goes on to say that “the neo-colonial demand to assimilate that seeks to compel one section of our compatriots (of Islamic culture, Arab origin, black skin, etc.) to erase themselves and dissolve, in short, to whiten themselves. The requirement, in other words, to disappear in order to be accepted.”

Colonialism, social darwinism, and orientalism have caused otherization towards Muslims in France. The concept is claiming that Islam is Other to the West, it is antithetical to Western values, and thus Muslims are Other. Through this application of otherization to Muslims in the West, it is easy for Islamophobia to occur. This follows the structures of anti-Semitism that have existed historically and contemporarily in Europe.

Through colonialism, Islamophobia has been solidified as an ideology and systemic, leading to further acts of discrimination on who is Muslim. Hijab bans, burqa bans, and now, the ban on halal and kosher meat is just a reiteration of France’s extremely Islamophobic and anti-Semitic origin and history. What France sees as an “attack” on French values is quite the statement, as French values have included in the past as well, institutional discrimination against Roma, anti-Semitism, and Islamophobia, in addition to colonization. France must reckon with its colonial past, and understand how its recent actions have limited personal freedom of its citizens, many of whom are Muslim, immigrants, and/or minorities.