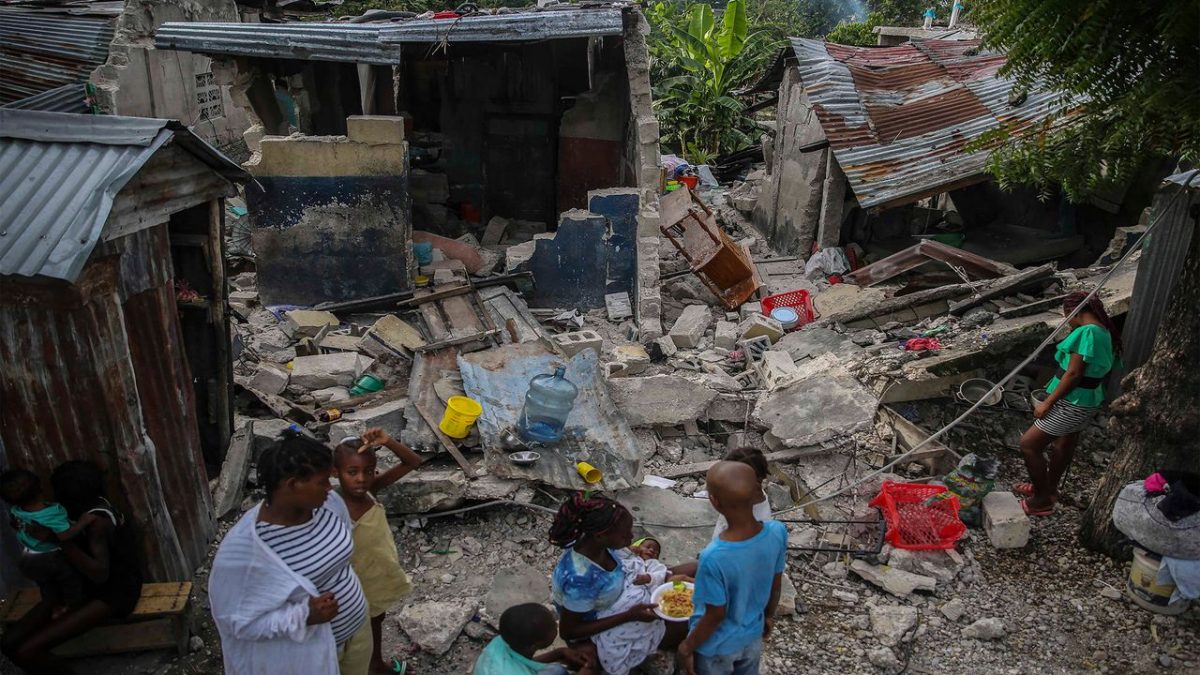 In Haiti, a 7.2 magnitude earthquake killed at least 1,300 people and injured thousands more in the western region of the country. The main airport in the city of Les Cayes was packed as people tried to evacuate to the capital. Hospitals are overwhelmed as the injured seek refuge and care.

Haiti is still recovering from the aftermath of the 2010 earthquake, which killed 250,000 people. The earthquake also comes at a time where the Haitian president was assassinated. The country was left in a vacuum.

Delays in distributing aid has led to inefficiency of the earthquake response, echoing similarities back in 2010, when delays worsened the death toll. We must also acknowledge the role that US imperialism has had in destroying the societal fabric of Haiti.

US imperialism has plagued Haiti since the early 1900s, where it invaded. Washington backed the Duvalier dictatorship, which was brutal for Haiti civilians. In 2014, American troops intervened to oust the elected president, Jean-Bertrand Aristide, to implement a neocolonial occupation.

WSWS says, “Under conditions of a popular groundswell of international sympathy and support for the Haitian people, Washington and its allies made a show of providing assistance to Haiti. International donors pledged $10.4 billion for Haiti, including $3.9 billion from the US. But while feigning humanitarian concerns, the western powers, led by the US, Canada, and France, pursued entirely predatory objectives. These included: propping up a puppet regime capable of maintaining political “stability,” that is subjugating Haiti’s impoverished masses; providing political cover for the brutal treatment and expulsion of Haitian refugees; and promoting Haiti as a cheap labor producer for the international garment and other industries (the Caracol project).”