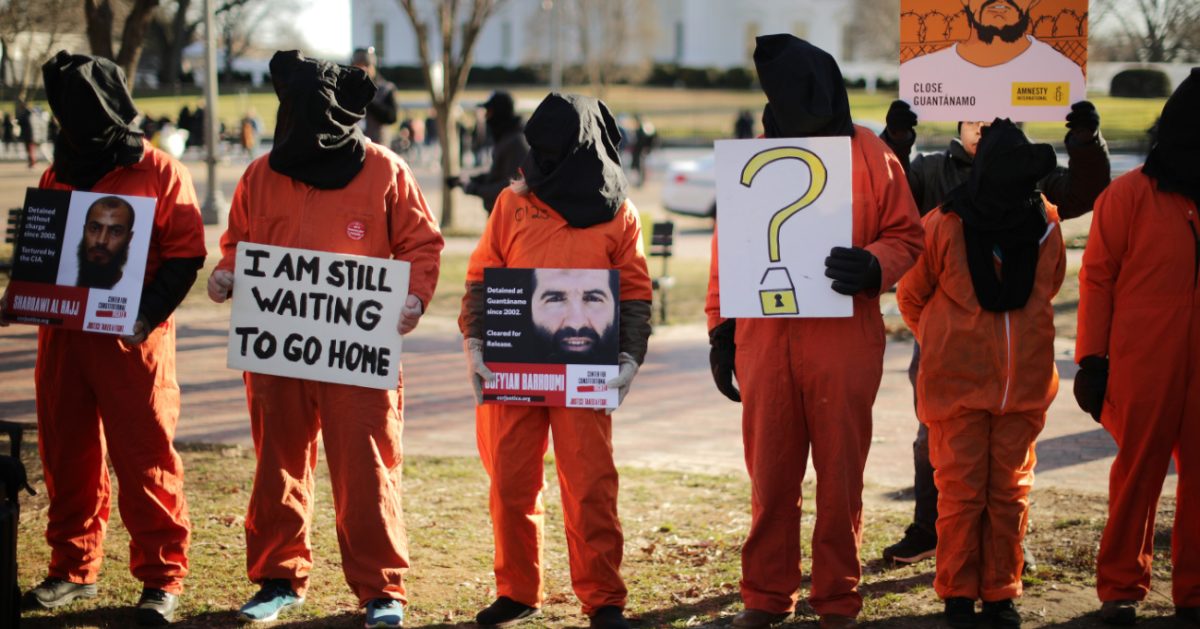 The Guardian has recently released a report on CIA torture. The CIA established an international torture program after 9/11, of which the horrors and extent of torture are still vastly unknown.

Although there have been many testimonies on prisoners being sexually abused, waterboarded, experiencing “mock executions,” dying during interrogation, and suffering from hypothermia, sleep deprivation, pain, and humiliation, The Guardian reports that Ammar al-Baluchi suffered brain damage when he was slammed against a plywood wall by trainee interrogators that used him as a teaching tool.

The details were shown in a report written by the CIA’s inspector general in 2008 but were released recently due to a court filing. Torture, a tool of the US government in “uncovering” terrorism, was deemed an interrogation technique. There have been reports by the inspector general that show that detainees lied to make torture stop, that interrogations and torture produced false testimonies.

al-Baluchi faces the death penalty as a participant of 9/11. The case has been in pre-trial hearings for 10 years.

Fionnuala Ní Aoláin says, “Many who were returned home continue to live with long-term social and psychological trauma. No one was held accountable for systemic practices of torture and rendition.

Another imprisoned man, Abu Zubaydah, created self portraits of the torture he faced in the four years he was held in secret prisons by the CIA. Abu Zubaydah was waterboarded by the CIA 83 times. He was the first person known to be crammed into a small confinement box. He had never been charged with a crime.

NYT reports that prisoners who were released still face the repercussions of their torture. Hussein al-Marfadi, in Slovakia, has permanent headaches and disturbed sleep. Lufti bin Ali in Kazakhstan is haunted by nightmares of him suffocating at the bottom of a well. Majid Mokhtar Sasy al-Maghrebi fears the radio – it reminds him of the music played to cause him sleep deprivation and ignite trauma.

The CIA has been left unscathed after implementing torture on people who remain uncharged. Guantanamo Bay stands as the epitome of American freedom – where men are  placed in prison without a trial, where they face death by torture techniques, where CIA trainees use these men as tools for training. It is deplorable.