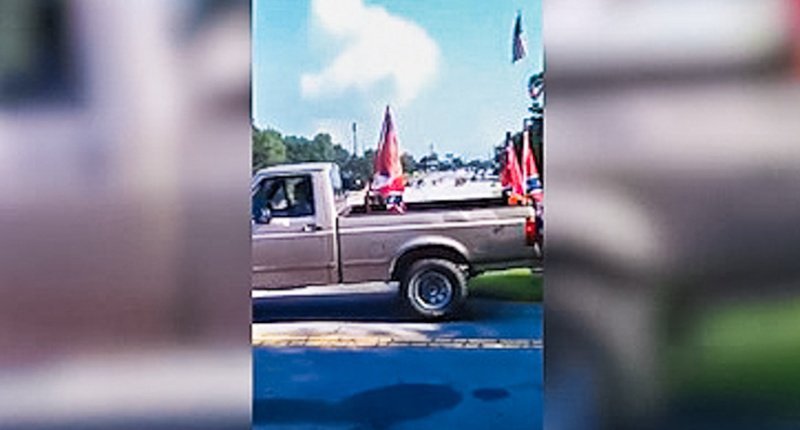 A grand jury in Douglas County, Georgia handed down indictments for 15 members of a pro-Confederate flag group that crashed a black child’s birthday party and harassed attendees in July.

According to Atlanta’s Fox 5 News, Douglas County District Attorney Brian Fortner announced the indictments on Monday against members of a pro-Confederate organization called Respect the Flag.

Fortner said the men of Respect the Flag outfitted their vehicles with oversized Confederate flags and drove around the community. The group entered a predominantly black neighborhood and pulled up to a house where residents were celebrating a child’s birthday. The men harassed and threatened the guests, saying they would “kill y’all ni**ers.”

A party attendee caught portions of the melee on video and posted it to Facebook. The Douglasville Police Department and the Douglas County District Attorney’s Office worked together to investigate the incident and on Friday, the grand jury handed down the indictments.

Respect the Flag members violated Georgia’s Street Gang Terrorism and Prevention Act, say prosecutors. The indictments include acts of physical harassment that took place elsewhere on the same day in another part of Douglas County.

Members of Respect the Flag claim the partygoers became violent and threw objects at their trucks. The Alford family — the party hosts — say that the truck-driving pro-Confederates were the first to resort to violence.

Douglasville Police claim to not have enough evidence to back either side in the conflict.

Watch video of the incident, embedded below: