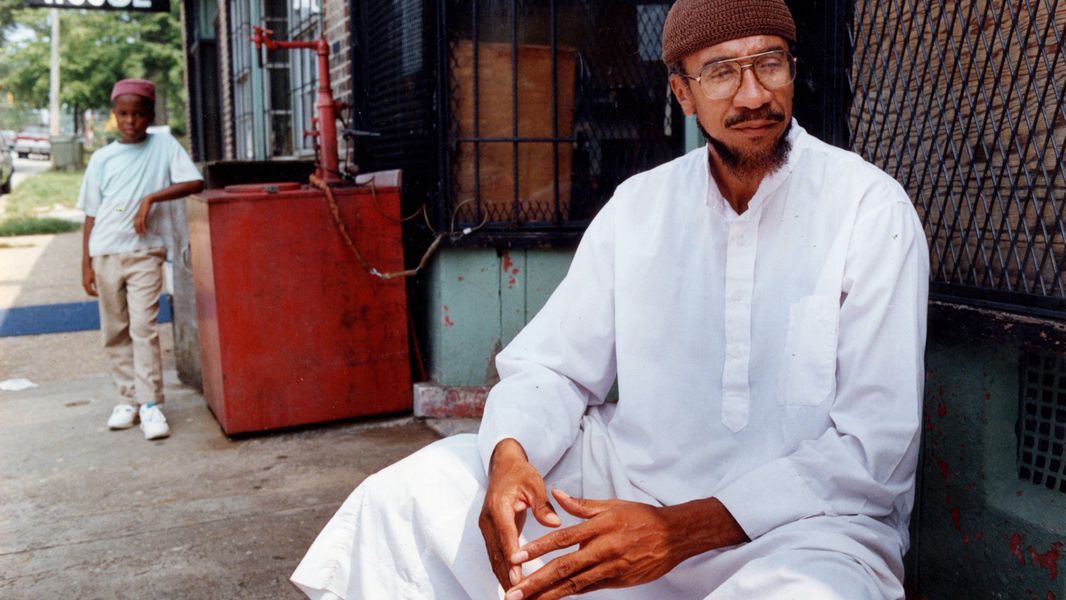 Imam Jamil Al-Amin, formerly H Rap Brown, was one of the most dominant, fearless, and enduring figures of the Black Freedom Struggle of the 1960s and 1970s in the United States. That era of American history produced some of the most remarkable social justice figures of the 20th century that included among others Malcolm X, Imam Jamil, Muhammad Ali, Dr. Martin Luther King, Dr. Huey Newton, Congressman John Lewis, Dr. Angela Davis, Fannie Lou Hamer, and Ella Baker. Of this illustrious group, only Imam Jamil and Angela Davis are alive today. The extraordinary life of Imam Jamil Al-Amin affords him the unique distinction of being accurately identified as a living legend, a person, due to their well-known, exceptional, continuous contributions to society, has earned a reputation of near-epic proportions.

As H Rap Brown, Imam Jamil’s penetrating analysis of structural racism globally and in the United States coupled with his unique oration style resulted in his being targeted by the FBI’s notorious Cointelpro program in the mid-1960s. Included in Cointelpro’s operations were designs to stop the rise of a “Black Messiah,” a charismatic leader, like Rap Brown, capable of mobilizing and organizing the African American community against White supremacy. Imam Jamil was caught in this insidious web of illegal government surveillance, orchestrated deadly disputes between Black organizations, and manufactured false evidence against him and other individuals and organizations. After replacing Stokely Carmichael in 1967 as the fifth chairman of SNCC, Student Non-Violent Coordinating Committee, Imam Jamil served as the Minister of Justice of the Black Panther Party for a short period in 1968 after most of the SNCC leadership merged into the BPP. While attending a rally in Cambridge, MD in 1967, he was shot at and grazed by four African American men hiding in the bushes. It was alleged at the time that the shooters were policemen. In the aftermath of the civil rebellion in Cambridge, the US Congress passed what became known as The Rap Brown Law prohibiting individuals from crossing state lines to cause civil unrest.

The trial of Rap Brown was delayed for two years and the defendant, fearing for his life, failed to show for court. The fear was justifiable after the December 1969 Chicago police murder of BPP Illinois Chairman Fred Hampton while he was asleep in his bed. Imam Jamil went underground for 18 months before being captured by law enforcement in New York City. He was shot and severely wounded by police during his arrest. His inhumane treatment by emergency technicians and jail hospital authorities was so callous after his arrest, that he seriously considered the prospect that he would be killed.

It was in prison that after being invited by Muslim inmates, Imam Jamil attended his first Jummah Service in Rikers Island. He eventually accepted Islam in 1971. Not since the conversion of Malcolm X to Sunni Islam in March 1964 had such a legendary figure in the Black Freedom Struggle publicly embraced the religion. After moving to Atlanta after his five-year period of incarceration, Imam Jamil joined with other Muslims and established the Community Masjid in West End Atlanta. He was elected as the masjid’s first Imam. The area was rife with the sale and use of illegal drugs and other illicit activities resultingly holding residents, especially children, as virtual hostages in their own neighborhood. Imam Jamil established a community store diagonally across the street from the masjid where he was assessable to both Muslims and non-Muslims. As time passed, Imam Jamil and the brothers at the mosque organized and executed a successful anti-drug campaign that eliminated the scourge that had fallen on the neighborhood. Children were able to play in the park and in their yards, adults could safely sit outdoors and walk through the area without the threat of violence or getting hit by stray bullets. In his humble way, Imam Jamil built on his already legendary status in the African American community, first as H Rap Brown, now as Imam Jamil Abdullah Al-Amin. After achieving national and international recognition as a stalwart for human rights, Imam Jamil continued his struggle for justice with Islam as his ideological base.

“Allah has allowed me to understand that it is not race or color that is the issue. The only important thing is the word of Allah. Since Islam, I understand that truth is not relative. Truth is universal. There is no god but Allah. It is the truth on which the whole universe rest and nothing changes that.” (Imam Jamil, City Paper, p. 15.)

Over the years, Imam Jamil became the National Imam of Al-Ummah, a group that included at its peak 32 masajid in the United States and the Caribbean. He played a significant role in establishing a national Shura Council composed of representatives from ICNA, ISNA, Community of Imam WD Mohammed, and Al-Ummah. In 1995, Imam Jamil was falsely charged with shooting with a rifle a young African American man as he walked pass his community store. The charges were later dropped after the young man disclosed that he was coerced by members of the Atlanta Police Department to make the false allegations. On the night of Eid ul Adha 2000, events transpired that would change the life trajectory of Imam Jamil while depriving the Muslim American community of one of the strongest, politically mature, fearless Muslim leaders at a time when he was so desperately needed to help navigate Muslim affairs in an unchartered post-911 era. Imam Jamil was falsely accused and convicted of the murder of a Fulton County Sheriff’s Deputy and the wounding of another when they attempted to serve a warrant on him for failure to appear in court in Cobb County Georgia. His failure to appear on the designated court date was due to his case being rescheduled due to snow and Imam Jamil was not notified of the new court date. He was charged with speeding and impersonating an officer, a charge that was debunked after it was proved that he was given an honorary deputy’s badge in White Hall, Alabama.

Imam Jamil’s trial was reminiscent of legal lynching cases of African Americans throughout the Deep South during the mid-20th century. The deputies’ description of their shooter was that he was 5’8’’ and had grey eyes. Imam Jamil is 6’5’’ and has brown eyes. The deputies also claimed that their attacker was shot in the stomach, a claim that did not coincide with the fact that Imam Jamil had not been shot. The entire prosecution’s case was riddled with lies and inconsistencies. If not for the fact that Imam Jamil was convicted and sentenced to life in prison without parole, the courtroom testimony would have been perfect a script for a tragi-comedy play. Yet, the deputies’ description of their attacker accurately fit one Otis Jackson, an individual who has not only maintained his guilt in the case for the last 20 plus years but has also testified to such during an unrelated trial in the state of Nevada. Over the last 21 years, one of the most respected leaders of the Muslim community in the United States languished in the draconian, sensory deprivation, supermax federal facility in Florence, Colorado for nearly 10 years. The 77-year-old Imam has spent most of his sentence in federal facilities at least a thousand miles away from his family and lawyers. He was convicted on state not federal charges and should be housed in the state of Georgia. Imam Jamil’s health has been seriously compromised due to medical neglect. At present, he is completely blind due to the Federal Bureau of Prisons refusal to provide necessary cataract surgery in both of his eyes. He has been unable to receive adequate treatment for Multiple Myeloma, an incurable form of cancer. Imam Jamil, like many other political prisoners or prisoners of conscience including Mumia Abu Jamal, are subjected to death by medical neglect, an extralegal punishment.

Imam Jamil has faithfully served and advocated on behalf of oppressed people and Muslims in the US and globally for most of his life. Living legends, like Imam Jamil, deserve our unqualified support while he is alive, not our exaggerated praise and homage after he transitions. A new younger generation of Muslims are mobilizing support for Imam Jamil through social media, rallies, and grassroots organizing. Groups like Students for Imam Jamil have joined hands with older champions for the Imam like the Imam Jamil Action Network, ICNA Council for Social Justice, Kairi Al-Amin, Imam Jamil’s son, and countless other individuals and groups to galvanize critical nationwide support for his immediate freedom, life-saving medical care, transfer back to a facility in the state of Georgia, and removal of the unofficial gag order that he has been under since his trial. The African American, Muslim, and world communities have benefited from the decades of sacrifice of our living legend, Imam Jamil Abdullah Al-Amin. He needs our help now. Tomorrow is too late.