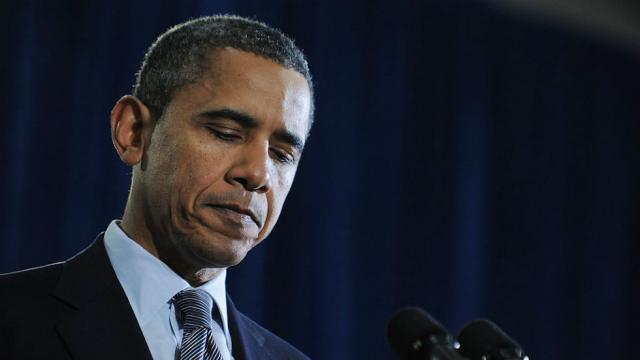 Former President Barack Obama on Tuesday bashed his successor’s decision to rescind an immigration order shielding some children of undocumented immigrants from deportation, calling the move “cruel” and “self-defeating.”

“To target these young people is wrong — because they have done nothing wrong,” Obama wrote in a post on Facebook hours after the decision was announced by President Donald Trump and Attorney General Jeff Sessions. “It is self-defeating — because they want to start new businesses, staff our labs, serve in our military, and otherwise contribute to the country we love. And it is cruel.”

The lengthy statement is among Obama’s most forceful since departing office. Though he didn’t mention Trump by name, he sharply criticized the President’s motives and insisted rescinding the Deferred Action for Childhood Arrivals program was not legally required.

“It’s a political decision, and a moral question,” Obama wrote. “Whatever concerns or complaints Americans may have about immigration in general, we shouldn’t threaten the future of this group of young people who are here through no fault of their own, who pose no threat, who are not taking away anything from the rest of us.”

Obama said he hoped lawmakers pass a bill allowing those eligible for the DACA program to remain in the United States. And he framed the decision as a question of “basic decency.”

“This is about whether we are a people who kick hopeful young strivers out of America, or whether we treat them the way we’d want our own kids to be treated,” he wrote. “It’s about who we are as a people — and who we want to be.”

“Brought by parents, these children had no choice in coming here. Now they’ll be sent to countries they’ve never known. Cruel. Not America,” Biden tweeted.

Promised to Speak Out

Just before leaving office in January, Obama told reporters during a news conference that he would speak out sparingly in his post-presidency. But he said revoking DACA was among the actions that would prompt him to weigh in.

“The notion that we would just arbitrarily or because of politics punish those kids, when they didn’t do anything wrong themselves, I think would be something that would merit me speaking out,” Obama said at the time.

DACA amounts to Obama’s chief legacy item on immigration, though it’s far reduced from the vision for major changes that he entered office promising.

During his first years in office, Obama focused heavily on repairing a damaged economy. Instead of immigration, he chose health care as his first major legislative push.

He approved the program in 2012 after unsuccessful efforts in Congress to pass a measure that would allow children of undocumented immigrants brought into the country illegally to avoid deportation.

During most of his first term, Obama insisted that taking action unilaterally to spare DACA recipients from deportation wasn’t possible. Instead, he said it was up to Congress to craft a solution.

But after legislative efforts failed, Obama asked his attorney general and other administration lawyers to reassess his options for taking executive action. His administration argued that circumstances had changed after Congress was unable to pass legislation.

Months before his re-election, he announced in the Rose Garden that he was taking action on his own, though qualified his move as a short-term fix.

His decision ignited controversy and legal challenges, though polls show a large majority of Americans support measures that would allow people who came to the country illegally as children to remain.