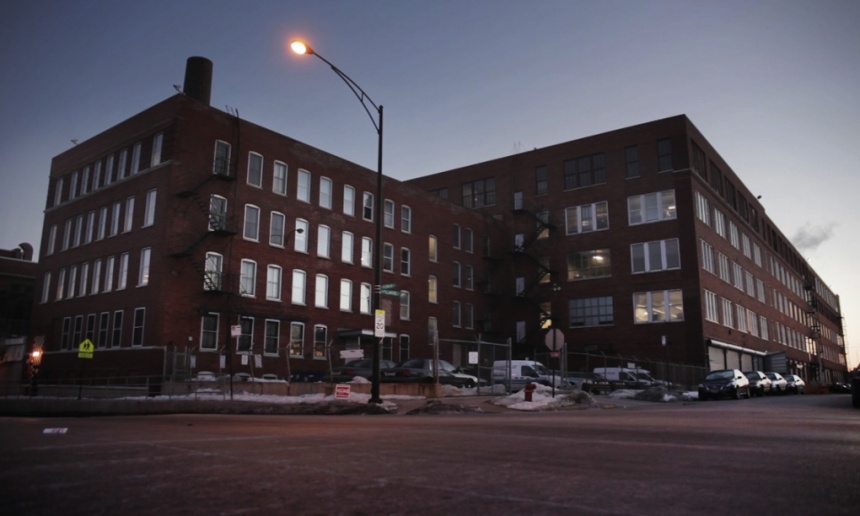 After filing a Freedom of Information Act (FOIA) lawsuit against the Chicago Police Department (CPD), The Guardian has discovered over 3,600 people have been detained at a secure facility known as Homan Square. Notorious for allegedly denying access to defense attorneys and committing human rights abuses, the officers at this CIA-style black site have been accused of coercing confessions, committing torture, and shackling detainees for prolonged periods. Although the CPD has denied these accusations, the department has been marred with a history of abuse and corruption.

On February 24, The Guardian exposed a police detention facility in Chicago where arrestees were kept out of official booking databases, denied legal representation, and endured hours of physical and psychological abuse. After the CPD ignored several FOIA requests regarding their facility at Homan Square, The Guardian filed a lawsuit against the department in April requesting further information, including the number of people detained at Homan Square and video evidence of interrogations at the site.

The CPD has recently revealed that at least 3,621 people have been detained at Homan Square for crimes ranging from drinking in public to murder. Although Chicago’s population is 33% black and 32% white according to the 2010 U.S. census, over 82% of the disclosed Homan Square arrests consist of black residents. Only 8.5% of the detainees were white, while 6.7% were Hispanic.

“When I was a detective, occasionally I would arrest a white person,” recalled Lorenzo Davis, a former police detective who commanded a unit at Homan Square, “and the white detectives would be overly interested in why I was arresting someone white.”

According to the CPD, only three arrestees received visits from their lawyers between September 2004 and July 2015. In its investigation, The Guardian documented an additional eight times that attorneys were present at Homan Square. In four instances, lawyers accompanied their clients to Homan to turn themselves in to authorities. Two lawyers were allowed interviews with their clients, while in at least two other cases, attorneys assert that they were refused access to their clients.

In January 2013, Eliza Solowiej of Chicago’s First Defense Legal Aid attempted to contact a client who had been detained at Homan Square. According to the attorney, officers changed her client’s name in the booking database before transferring him to the site at Homan Square. She finally located him after her client had been transported to a hospital with a head injury.

“He said that the officers caused his head injuries in an interrogation room at Homan Square. I had been looking for him for six to eight hours, and every department member I talked to said they had never heard of him,” Solowiej recalled. “He sent me a phone pic of his head injuries because I had seen him in a police station right before he was transferred to Homan Square without any.”

In September 2013, Chicago attorney Julia Bartmes was denied access to a 15-year-old boy detained within the Homan Square facility. After interrogating the teenager for at least 12 hours, the CPD released her client without charges.

On May 16, 2012, the CPD arrested Brian Jacob Church, a protester known as one of the “NATO 3,” and detained him at Homan Square. Instead of entering Church’s arrest into an official booking database, officers reportedly left his wrist cuffed to a bench with his legs shackled together for approximately 17 hours. Denying him access to his attorney, the police repeatedly interrogated Church without informing him of his Miranda rights to remain silent. In April 2014, Church and his two co-defendants were convicted of possessing an incendiary device and misdemeanor mob action, but they were acquitted of the terrorism-related charges.

On October 20, 2012, CPD officers detained Angel Perez at Homan Square to convince him to turn into a police informant. According to a lawsuit filed by Perez, officers Jorge Lopez and Edmund Zablocki anally raped him with a gun to coerce his cooperation.

In September 2011, Jose Martinez was allegedly cuffed to a bench for nine hours at Homan Square without food, water, or the use of a restroom before being booked at an actual police station. In August 2006, Estephanie Martinez had to relieve herself in a Homan Square interrogation room when a guard repeatedly refused to take her to the bathroom. On February 6, Calvin Coffey defecated on the floor of an interrogation room after guards refused his requests to go to the bathroom for over two hours. According to his lawsuit, Coffey was ordered to clean it up with his skull cap.

Although the CPD denies any wrongdoing, the department has a history of torturing suspects in order to obtain false confessions. Between 1972 and 1991, Chicago Police Commander Jon Burge and his men tortured hundreds of people to extract forced confessions from them. Convicted of perjury in 2010, Burge only spent four years in prison due to the fact that the statute of limitations prevents prosecutors from charging him and his fellow officers with multiple counts of torture. After costing Chicago and Cook County nearly $100 million in legal fees and settlements, Burge still receives a $4,000 monthly pension from the city.

Former Chicago homicide detective and Guantanamo Bay interrogator, Richard Zuley, was slapped with multiple lawsuits alleging he coerced confessions, threatened suspects’ family members, planted evidence, and committed torture. After retiring from the department, Zuley was assigned to interrogate Guantanamo detainee, Mohammedou Ould Slahi. According to Slahi’s testimony, Zuley tortured him, subjected him to mock executions, and threatened to bring Slahi’s mother to Guantanamo to rape her.

Since Rahm Emanuel assumed the office of mayor on May 16, 2011, at least 2,522 people have been detained at Homan Square. According to current police data, roughly 70% of the Homan Square detentions have taken place under Emanuel’s term. Additional FOIA requests have been filed requesting communications between the CPD and the mayor’s office regarding Homan Square.