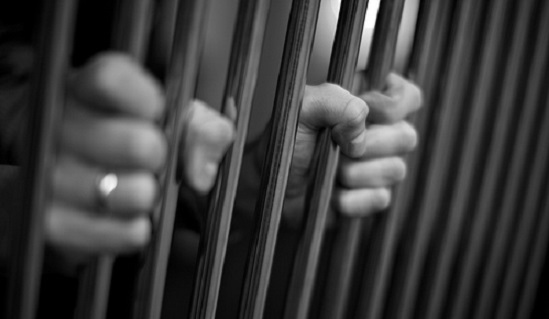 In a poem, the great West African Islamic scholar Nana Asma’u said, “Let us study, and keep on learning. This gives mankind all he needs.”Historian Jean Boyd states, “Asma’u, like her colleagues, wrote for the betterment of the community and promotion of the Sunnah, not for personal fame.”

It is with the spirit of Nana Asma’u that I write this: The great fasts of Ramadan are a means through which we may inculcate within us important characteristics that are critical to social justice and working towards the betterment of our community.

In Imam Hamza Yusuf’s powerful talk, titled “What Are We Doing Here?” he calls for Muslims to seriously evaluate their motives for coming to America. In contemporary times, some Muslims have immigrated to America to chase the American dream in pursuit of wealth and materialism.

Yet, some of the earliest Muslims, such as Bilali Muhammad and Omar ibn Said, were taken to America by force; historians estimate that a significant portion of the victims transatlantic slave trade were Muslims, who were the first observers of Ramadan in America. As a result of this legacy, there is still immense economic inequality and poverty within the black communities.

Fasting is a means through which we strengthen our will — which oppressive power structures seek to break — and rid ourselves of bad habits. This gives us the ability to increase the effectiveness of our struggle for justice. In order to attain social justice, oppressed populations must strive to be greater than their oppressors in terms of discipline, pursuit of knowledge and all other facets of life.

Yet, what use is it to speak of ridding the world of its various social injustices if one cannot rid one’s self of basic self-destructive habits?

Denying ourselves food, drink and sex during our fasting allows us to strengthen our will and focus on bettering ourselves spiritually, rather than always focusing on the physical aspects of our lives. We can also spend our time studying, volunteering, or engaging in other productive activities that will benefit others individually and as a larger group.

As we continue on with fasting in Ramadan and work on bettering our personal habits, here are some social justice efforts we should all be turning our attention to:

There is an increasing number of individuals imprisoned within the United States, with the majority of inmates hailing from minority communities and/or having a low economic status. African-Americans, in particular, are an over-represented population within prisons. When I visited a mosque in New Orleans, I met several ex-inmates, who shared their experiences with me.

One brother told me that there were people in prison who had committed major crimes in their youth, were sentenced to life in prison and later converted to Islam. They knew these Muslim prisoners had bettered themselves while incarcerated and, in their opinion, became as gifted, sharp, and wise as Ahmed Deedat and Malcolm X. But, such individuals will never experience life outside of prison because of their past crimes.

During Ramadan, strive to organize Islamic talks within prisons, send incarcerated Muslims kufis and books and arrange for members of your mosque to visit Muslim prisoners with you.

Within the black community, there is an epidemic of Muslim-owned “Food & Liquor” stores that has a parasitic impact on the community. These stores often sell merchandise that violate Islamic law, and these corner stores often sell goods at inflated price. Fortunately, organizations such as IMAN (Inner-city Muslim Action Network) have taken efforts to provide grants to some of these store owners to convert them into full grocery stores.

However, we can expand this effort. This Ramadan, if you know or have come into contact with anyone who owns such a store, create an educational campaign about the destructive impact of selling items that violate Islamic law and support efforts that can provide grants to convert them into grocery stores that are more acceptable to Islamic law.

Some of the first pieces of African-American literature are actually written Arabic; this is because many Muslim slaves who were brought to the Americas were proficient in Arabic. Unfortunately, Arabic became lost during the rigors of the transatlantic slave trade.

I am currently in the United Arab Emirates studying the Arabic language. I am very grateful for receiving this opportunity to study Arabic here because few individuals from my community receive such an opportunity. I want to change that by establishing the African-American Arabic Institute, which will seek to provide affordable Arabic courses to low-income African-Americans (beginning in Chicago, with the eventual goal of expanding into other urban areas).

Though I have a long way to go in becoming fluent in Arabic before establishing the African-American Arabic Institute, my current studies are a major step towards mitigating the educational apartheid in America.

There is a great opportunity for those who are fluent in Arabic to begin, this Ramadan, to offer workshops and seminars in less privileged areas so that others may begin to learn a foreign language.

I hope we all take the opportunity to support these and other efforts this Ramadan and beyond the holy month.