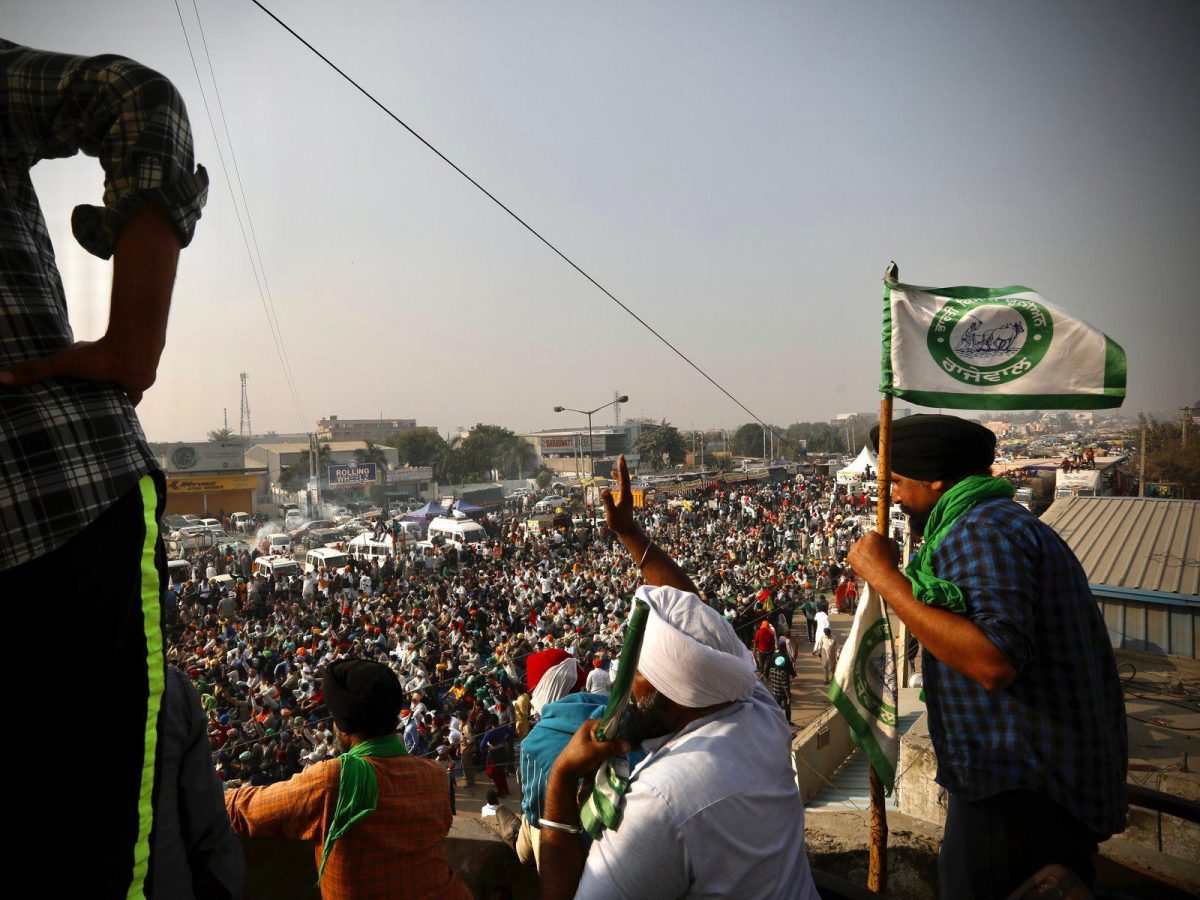 Thousands of Indian farmers are protesting the deregulation of agricultural markets. Protests started in late November 2020 and have continued to today. Protesters have been demanding that Prime Minister Narendra Modi roll back laws that are attempting to overhaul food grain procurement and pricing rules by allowing private companies to access the agricultural era. The farmers are thus protesting the laws which will allow ease of privatization, and will harm farmers.

The protests have been occurring in the Indian states of Punjab, Haryana, Uttar Pradesh, and Rajasthan, as well as New Delhi. Nearly 30 people have died in the protest on the borders of New Delhi, and around ten people have been killed in road accidents near the protest sites. On ground, many protesters have stated they do not want to have any more casualties as a result of the protests.

There have been 7 rounds of negotiations between the protesters and the government; however, no solution has been met. In the state of Kerala, the legislative assembly passed a resolution seeking the withdrawal of the agricultural laws.

In the state of Haryana, police have started using water canons and tear gas as protesters break through barricades that were enacted at the border with Rajasthan. However, many protest leaders have said they do not approve of protesters breaking through the barricades, as the protests have mainly been peaceful.

There have been many marches amongst the Sikh diaspora, consisting of 400-600 people in almost 50 cities. Many protests are occurring in cities in Canada and the US. There are many Punjabi farmers who are non-resident Indians (NRIs) who own farmland in Punjab. These NRIs are worried that the laws will impact them economically as well.

Mehar Kaur, 22, says of the protests in Norther Virginia, “The protests happening in the diaspora are just a small reflection of how we feel about the state of our homeland. Being a Punjabi, we are born from the earth and the land is in our every heart beat. Guru Nanak Dev Ji, the first guru of the Sikhs, was a farmer themselves. Now as the fascist state of India is attacking that very land, farmers will not move an inch untill all three farming bills are repealed. Our elders are moving mountains by sleeping in their trucks and trailers in freezing temperatures; we as their limbs, cannot stay dormant. We must make as much noise as we can to get the attention of policy makers of whatever countries we live in.”

Kaur’s statement is a statement of resilience and strength. As the protests in India continue, the Sikh diaspora continues to use their resources to garner support for the farmers. Mewa Singh, chief of the NRI council in Punjab has said that overseas Indians were helping farmers mobilize people in villages, arranging transport, and collecting supplies for them.

Kaur says, “We won’t stop till they [the farmers] have their needs met.”