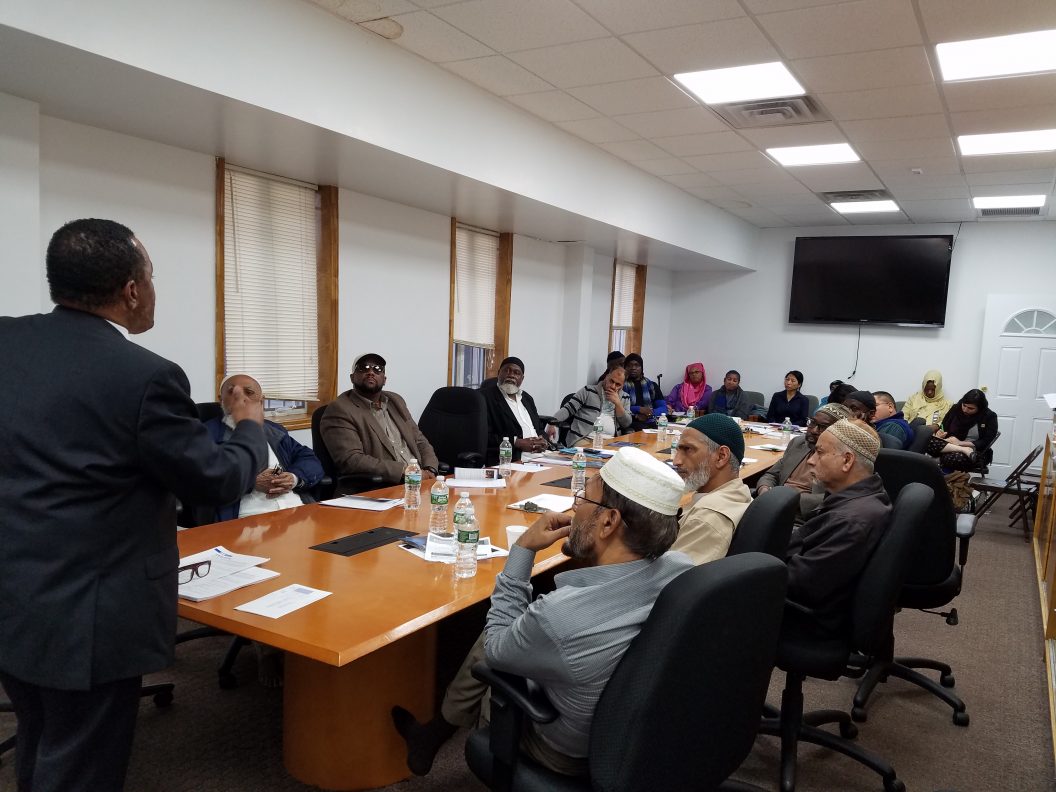 The South East Queens Muslim Collective and the Islamic Circle of North America presented an event with the Human Rights Commission of New York City on the the Fair Chance Act. The Fair Chance Act described an individuals rights for employment and housing if they had been previously arrested.

There was a brief historical presentation by Imam Aiyub Baqi, on El Hajj Malik Shabazz (Malcolm X) and his second chance after being released from prison. The second short presentation was given by given by Mujahid Farid from Release Aging Prisoners from Prison (RAPP) was informative and enlightening.

Lastly the final presentation on the Fair Chance Act that was delivered by William Whitaker, Associate Specialist Human Rights Commission. Who delivered an astounding, informative, and engaging discourse on the rights of people who were formerly arrested. The event was well attended by more than 40 people from the community. The interactions between the presenters and the attendees was lively.

Please look forward to more collaborative efforts between SEQMC, ICNA and other organizations dealing with the issues that our community are facing in these trying time.