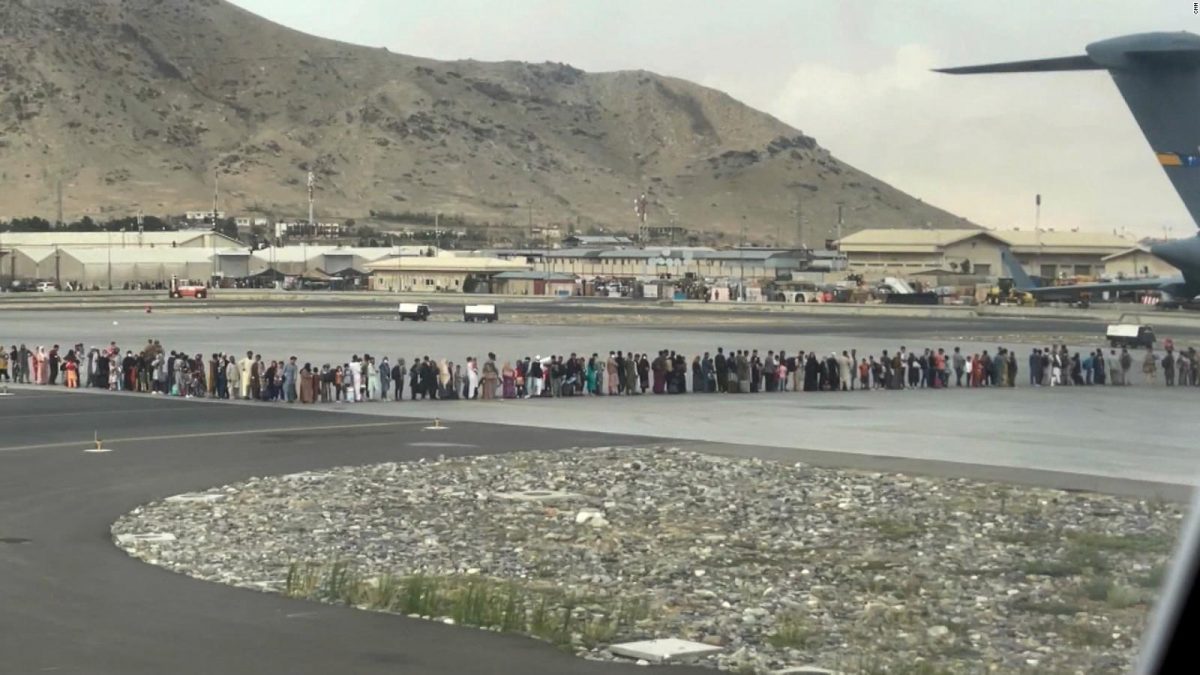 A security threat was sounded at the Hamid Karzai International Airport in Kabul today. The numbers of injured and dead are not confirmed, however, reporters have identified that 20 people have been brought to the emergency room.

With the Taliban taking over Kabul earlier in August, thousands of Afghan civilians gathered at the airport. Many are trying to leave the country on evacuation flights, with the area outside of the airport overcrowded and chaotic.

The Pentagon press secretary, John Kirby, said, “We can confirm an explosion outside the Kabul airport. Casualties are unclear at this time. We will provide additional details when we can.”

NYTimes reports, “A U.S. military official confirmed that at least one explosion had occurred at the Abbey Gate, a main entryway to the international airport. Early reports indicated that the explosion was caused by at least one suicide bomber wearing an explosive vest. It was unclear how many people were injured or whether anyone was killed, but large crowds have been gathering at the gate in recent days.”

The US is gathering that the security threat could have been from the IS faction in Afghanistan. Several nations have since announced that they will halt evacuations from the Kabul airport, due to perceived risk of more attacks.