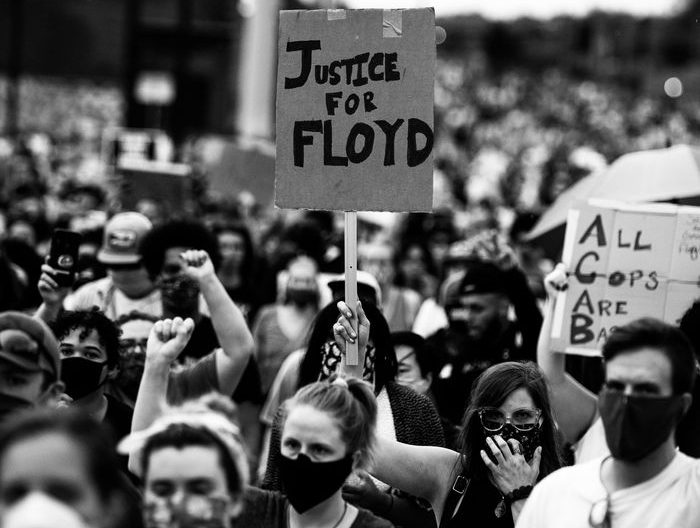 Eradicating Racism: More Than a Hashtag

Some images, no matter how brief, are indelibly seared into the collective consciousness of those who witness it. The memory of that visual resonates in our hearts so dramatically that we feel compelled to take some action even if we do not know the most appropriate action to take. Throughout American history, a single epoch-defining event often has helped to significantly influence the laws of the land, moral compass of the people, and social direction of the nation. For example, in 1963, Birmingham, Alabama Commissioner of Public Safety Eugene Bull Connor ordered policemen to use police dogs to viciously attack peaceful civil rights protestors that included Black women and children. Firemen turned high-pressure water hoses on the crowd knocking them off their feet and ripping skin from their bodies. Non-racist White Americans, including those ambivalent about the legitimacy of the civil rights movement, were horrified prompting many of them, for the first time, to find various means to support the Civil Rights Movement. After seeing scenes of extreme brutality on national television networks and magazines, White America’s moral pendulum started to swing towards justice for Black people. The sight of George Floyd, a 46-year old African American man dubbed “The Gentle Giant” by his family and friends, face down on the street with a White Minneapolis policeman’s knee on his neck for eight minutes and 46 seconds galvanized unprecedented numbers of protestors worldwide. Mr. Floyd could be heard calling for his mother, who had been deceased for two years, while pleading with the cop to get off his neck because, “I can’t breathe.” Mr. Floyd’s death was caused by the depraved indifference and callous disregard for Black life of a killer cop with multiple disciplinary infractions and allegations of discrimination on his record. Three other cops ignored the pleas of Mr. Floyd and bystanders to stop get off his neck and allow him to breathe. As of this writing, multi-racial, multi-faith demonstrations are continuing to take place in all 50 states, untold numbers of US cities and villages, and at least a dozen nations worldwide. Mr. Floyd’s public murder may be a seminal moment in America’s racial history, the kind of potentially transformative event that signals the beginning of a serious attempt to address and start the process of dismantling structural racism and all of its hideous manifestations throughout society. Yet, it will not represent the first time that attempts have been made to address America’s unresolved racial crisis. In 1967, often referred to as “the Long Hot Summer,” over 150 urban uprisings erupted across the United States as a result of police brutality, gross social and economic inequalities, unbridled acts of domestic terror by White supremacists and the seeming lack of resolve on the part of the federal government to correct the problems. Then President Lyndon Johnson established the National Advisory Commission on Civil Disorders, known as the Kerner Commission, to try to understand the reasons for the underlining causes of civil unrest. The report found that “poverty and institutional racism” were driving factors for inner-city violence. “White society is deeply implicated in the ghetto. White institutions created it, white institutions maintain it, and white society condones it…Our nation is moving toward two societies, one black, one white- separate and unequal. Reaction to last summer’s disorders (implementation of dangerous police practices) has quickened the movement and deepened the division.” To the detriment and peril of the nation, the Kerner Commission Report was largely rejected, setting the stage for ongoing tragedies like the police murder of George Floyd and the brutalization and execution with impunity of countless numbers of Black people by rogue police officers and other white racists vigilantes.

In more recent times, images of burnt down and damaged mosques, murderous attacks and assaults on innocent Muslim men, women, and children, Muslim travel bans, defamation of Prophet Muhammad (peace be upon him), and attempts to distort the teachings of the Qur’an have driven members of the faith and social justice communities to demonstrably support aggrieved Muslims in this country. Substantive change in this country will not happen without the sustained struggle of Americans from all strata of society, including Muslim Americans.

The question must be asked, “How can Muslim Americans, individually and collectively, best contribute to the transformation of American society from a nation firmly entrenched in structural racism and white supremacy to the egalitarian country espoused in the language of it earliest documents?” The following recommendations are not meant to be exhaustive, but suggestions to help us along this path of social justice: