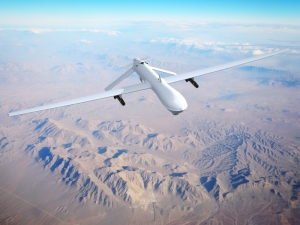 A former US Air Force intelligence analyst was sentenced to 45 months in prison after pleading guilty to leaking government documents exposing the civilian costs of the US military’s drone program.

Daniel Hale, a Virginian, told the US District Judge, Liam O’Grady, that he believed it “was necessary to dispel the lie that drone warfare keeps us safe, that our lives are worth more than theirs.” Hale was indicted in 2019 by a grand jury and arrested on a series of counts related to the disclosure of government defense and intelligence information. He was charged under the Espionage Act. The Intercept has reported on this case, as the documents were published by The Intercept.

The Intercept editor-in-chief Betsy Reed said, “Hale was also charged with disclosing a secret rule book detailing the parallel judicial system for watchlisting people and categorizing them as known or suspected terrorists without needing to prove they did anything wrong. Under these rules, people, including U.S. citizens, can be barred from flying or detained in airports and at borders while being denied the ability to challenge government declarations about them. The disclosure of the watchlisting rule book led to dozens of legal actions and important court victories for the protection of civil liberties.”

Hale’s disclosure of the inner workings of the drone program was recalled in a handwritten letter explaining his motivations behind telling the truth. The US drone operations abroad conducted by the military and CIA have killed between 9,000 to 17,000 people since 2004. This includes 2,200 children and many US citizens. Whether these people were guilty or not is not a necessity before striking, with anyone killed being labelled “enemies killed in action.”

It is clear that Daniel Hale’s testimony and disclosure of government documents is further reiteration of the truth that many activist groups have been asserting – that the drone strikes after the US invasion of Iraq and Afghanistan have been nothing short of ineffective, and murderous even – killing hundreds, thousands of innocent civilians who did not ask to be a part of US imperialism in West Asia.