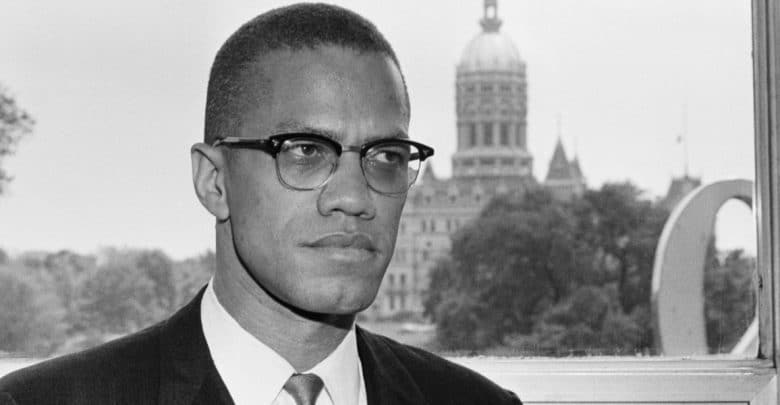 The recent exoneration of 83-year-old Muhammad Aziz, formerly known as Norman 3X Butler and Khalil Islam, then identified as Thomas 15X Johnson for the February 21,1965 assassination of human rights icon Malcolm X is a 55-years long delayed judicial affirmation of widely held opinions in legal defense and community circles that the pair was innocent of being active participants in the leader’s murder. Both were members of the Nation of Islam and, like many in the organization, wanted to see Malcolm X dead because of their insistence that he had betrayed the trust of Elijah Muhammad. The exoneration came after the Manhattan District Attorney’s office and lawyers for the defendants engaged in a 22-month investigation to review evidence in the case. The reinvestigation of the men’s convictions was predicated on exhaustive previously unsubmitted or unaccepted evidence pointing to their innocence. The legal efforts to exonerate the two men were bolstered by the tireless efforts of historians, researchers, lawyers, and community people who were tenacious in maintaining their innocence for 55 years. The pressure to reopen the investigation reached a crescendo after the airing of the highly acclaimed Emmy nominated Netflix documentary Who Killed Malcolm X in February 2020. Decades long exhaustive research and exclusive interviews by Washington, DC based historian and longtime Malcolm X admirer Abdur Rahman Muhammad provided the impetus for the documentary. The film revealed the roles played by the New York City Police Department, FBI, and the Nation of Islam in facilitating the killing of Malcolm X and the perpetuation of the false narrative about those events.

I first met Abdur Rahman Muhammad one evening decades ago in Washington, DC on Georgia Avenue NW in front of the ever-popular Pyramid Bookstore. He was a new convert to Islam at the time and was engaged in a heated exchange with 3-4 Nation of Islam members about their unorthodox beliefs. My instincts were to try to diffuse the situation by removing the fiery Abdur Rahman from that space before something bad happened. He is not a neophyte to Malcolm research. I believe his research about Malcolm X and the Nation of Islam began sometimes around the time of this event a few decades ago.

Many past and present social justice figures, politicians, and influence leaders have been victims of prosecutorial and law enforcement misconduct. These manufactured convictions have served to undermine respect and confidence in the judicial system, a system that has been proved to be fundamentally flawed because of engrained structural racism and the inequitable dispensation of justice based on the financial capacity of defendants to “purchase” justice. There have been more than 2,500 known exonerations in the United States since 1989. At least 190 individuals formerly on death row have been exonerated in this country. If the recent exoneration of two men who served two decades in prison for assassinating Malcolm X teaches us anything, we should learn that everyone convicted in US courts is not necessarily guilty of any crime, like the case of Imam Jamil Abdullah Al-Amin. Although attempts had been made on his life by law enforcement officials when he was known as H Rap Brown, Imam Jamil Al-Amin, like other political prisoners in the US, is a victim of slow death by medical neglect. He was convicted of murdering one and wounding a second Cobb County Deputy Sheriff in 2002 even though the preponderance of evidence is commonly believed by his supporters and defense attorneys to have been illegitimate. Since before the conclusion of his trial, another man, Otis Jackson, has written accurate depositions and verbally confessed to committing the shooting. The shooting victims both testified that their assailant was 5 feet 8 inches tall with gray eyes. Imam Jamil is 6 feet 5 inches with brown eyes. Otis Jackson fits the description of the officers.

The assassination of Malcolm X in Harlem’s Audubon Ballroom was brazenly carried out by a team of Nation of Islam assassins in a crowded hall of 400 people that included individuals curious about his post NOI direction and ardent supporters including his wife Betty Shabazz and four of his young daughters. The assassins made no attempt to disguise their identities or devise an elaborate escape plan. They correctly surmised that the shock effect of their bold actions would so terrorize potential witnesses that few, if any, would either be courageous enough to come forward, or have the presence of mind to provide positive identification of the murderers. Thomas Hagan, also known at the time of the assassination as Talmadge X Hayer currently Mujahid Abdul Halim, was captured by some of Malcolm’s followers, brutally beaten, and shot in the leg as he Thomas Hagan was officially arrested on the scene that fateful day by New York City police officers and charged with the murder of Malcolm X, El Hajj Malik El Shabazz. Two days later, Norman 3X Butler and Thomas 15X Johnson were arrested and additionally charged with Malcolm’s assassination. During his 1966 trial, Hagan informed the court that both Norman 3X Butler and Thomas 15X Johnson were innocent of participating in the assassination. The court rejected consideration of his newly revealed information resulting in all three of the accused being found guilty and sentenced to 20 years to life in prison. Hagan initially denied his involvement, but during the trial confessed to the crime. At the time, Hagan did not disclose the identities of his accomplishes. In 1977, when Butler and Johnson unsuccessfully appealed their convictions, Hagan submitted sworn affidavits once again denying Butler’s and Johnson’s participation in the assassination and disclosing the names of four of his actual partners in Malcolm’s assassination. The partial names provided to the court by Hagan were Ben X Thomas (aka Ben Thompson), Leon X Davis, William X, and Wilbur X, all members of Newark’s Temple No.25. The full names of the killers were Benjamin Thomas, Leon Davis, William Bradley, and Wilbur Mckinley. The four hitmen were never charged with the murder of Malcolm X. William Bradley, who was identified as the man sitting in the front row during those fateful moments of Malcolm’s assassination, sprang from his seat and with one shotgun blast to the left side of the chest of the fallen martyr ended the life of one of the most influential figures of the 20th century. Bradley mostly lived the life of a career criminal after killing Malcolm including robberies, aggravated assault, and drug possession. Changing his name to Al-Mustafa Shabazz, Shabazz married a prominent political activist in Newark, New Jersey. Shabazz curiously even appeared in a political advertisement for then-Newark mayoral candidate Corey Booker. The ad was pulled after a New York Times article exposed Shabazz’s likely connection to the murder of Malcolm X. While the other three alleged unindicted murderers led less movie worthy lives than Shabazz, they all lived their lives virtually hiding in plain sight.

In 1978-79, I was assigned to work in Southern Alabama on union organizing campaigns. One of my union co-workers was the sister of former heavyweight boxing champion Joe Frazier. Over meals, the organizers would mostly discuss campaign strategies and politics. Frazier’s sister was amused that I was naïve enough at the time to believe that Thomas 15X Johnson and Norman 3X Butler were the assassins of Malcolm X. She would laugh and say that every fool knew that two of the actual murderers lived in her adopted home of Patterson, New Jersey and that she knew the names of the other two and how they got their “daily bread.” As my fascination with Malcolm grew over the years, I met and developed different levels of friendships with several of his close associates from the NOI, Muslim Mosque, Inc, and Organization of Afro-American Unity, including Dr. Betty Shabazz. With those willing to discuss the issue, there was unanimity of opinion that Butler and Johnson were not part of the team of assassins who killed Malcolm X. In 1975, I gave a lecture on Islam to a large gathering of inmates at Lewisburg Federal Penitentiary in Pennsylvania. I was amazed when one of the brothers informed me that one of the convicted killers of Malcolm X was in the audience and had been temporarily transferred for either medical treatment or protective custody. I had no desire to meet him.

Mujahid Abdul Halim was paroled from New York state prison in 1985. Muhammad Abdul Aziz was also paroled in 1985. Khalil Islam was released from prison in 1987 and died in 2009. According to the meticulous research found in the 1992 book The Judas Factor: The Plot to Kill Malcolm X by Karl Evanzz, Malcolm told his confidant and supporter James Shabazz on February 16,1965 that, “I have the names of five Black Muslims assigned to kill me. I will announce them at the meeting (February 21,1965).” Malcolm did not live long enough to reveal the names of his suspected killers. Eyewitnesses reported that Betty Shabazz took a blood-soaked piece of paper believed to be the list containing those names from her husband’s coat pocket as he laid on the stage of the Audubon. Before his martyrdom, Malcolm also expressed to his close associates that he was going to stop saying that it was the Nation of Islam that was trying to kill him since he knew what they were capable and not capable of doing. Malcolm wisely surmised that the NOI did not have the reach to poison him in the restaurant of the Cairo Hilton Hotel or to influence the French government to forbid his deplaning in France on his final overseas trip mere weeks before his assassination.

There is a Hadith that states when Allah subhanawata’la loves someone, He declares that love to angels who announce that love throughout the heavens. Allah subhanawata’la then places the love of that person in the hearts of humans so that he or she is loved on earth. Malik Shabazz, Malcolm X has been a beloved figure worldwide for over half a century. His life lessons and prescriptions for the establishment of social justice movements have transcended the boundaries of his generation, race, nationality, political beliefs, and even religion. Although he was only 39-years old and had been a practitioner of mainstream Sunni Islam for just 11 months before his martyrdom, Malcolm X has influenced millions worldwide to embrace Islam. It seems ironic that 55 years after his martyrdom that a documentary streaming on Netflix, and the exoneration of two people falsely convicted of his murder would reignite a newly found interest in America’s Muslim martyr to another generation.