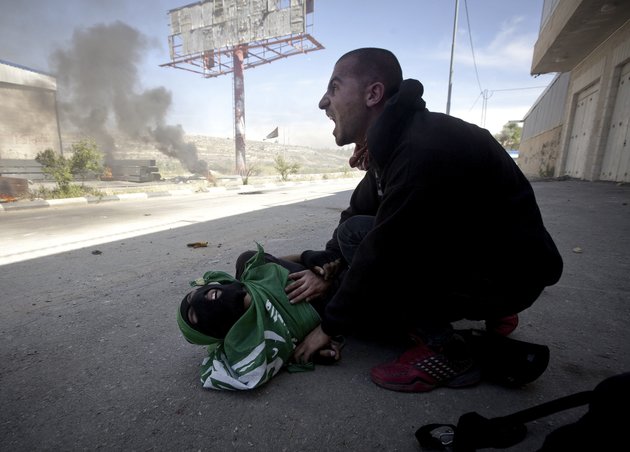 Rep. Betty McCollum (D-Minn.) has requested the State Department open an investigation into whether the killing of two Palestinian teenagers last year by Israeli security forces warrants withholding of military aid under the conditions of the Leahy Law.

“The murders of Nadeem Nawara and Mohammad Daher highlight a brutal system of occupation that devalues and dehumanizes Palestinian children,” she wrote in a letter to two State Department officials, referring to the teenagers who were shot and killed May 15, 2014, during a protest at the Ofer prison in the West Bank. “It is time for a strong and unequivocal statement of U.S. commitment to the human rights of Palestinian children living under Israeli occupation,” McCollum continued in the letter, which was publicly released on Monday.

The protests were part of the annual remembrance of Nakba Day, the Palestinian term for the day after Israel declared itself a state in 1948. The Israeli military initially denied using live ammunition at the protest, insisting that security forces only used rubber bullets to disperse the crowd. But a bloodied bullet was found in Nawara’s backpack, and an autopsy showed an entry and exit wound in his body. At his family’s request, Daher did not have an autopsy.

A compilation of live video footage from news outlets and closed-circuit television from a local business show that neither boy was actively participating in the protest or posing a threat to Israeli soldiers when shot.

The Israeli military said the footage had been edited in a “biased and tendentious way” and did not “reflect the violent nature of the riot.”

A subsequent video, compiled by the London-based Forensic Architecture group, overlays the closed-circuit television footage of Nawara being shot with CNN footage of two Israeli security officials, showing the trajectory the bullet traveled to hit the 17-year-old.

Ultimately, the Israeli police conducted an investigation into the shooting claims, resulting in the November arrest of border policeman Ben Deri. He was indicted for manslaughter in December and his trial is set to begin next month.

Even with the indictment, Nawara’s father, Siam Nawara, fears that the broader problem of violence against Palestinians in the West Bank and Gaza will go unaddressed. In coordination with the U.S. Campaign to End the Israeli Occupation, a coalition of activist groups, the elder Nawara has spent the last month in the U.S., where he has told several lawmakers, including McCollum, his story.

“I don’t want my son to be another number, and I want to make sure no family suffers like ours is suffering now,” Nawara wrote as part of an ongoing petition, calling for the international community to hold Israel accountable for crimes against Palestinians the occupied territories.

Beyond urging the State Department to press for a fair and transparent trial, McCollum requested in her letter an investigation into whether the Leahy Law prevents the 38th Company of the Israeli Border Police from being eligible for U.S. military aid and training.

The Leahy Law prohibits the U.S. from providing sending military aid to states found to violate human rights with impunity. The Minnesota Congresswoman noted that if the shooting was found to constitute a violation of the Leahy Law, the border police involved in the shooting should be denied visas.