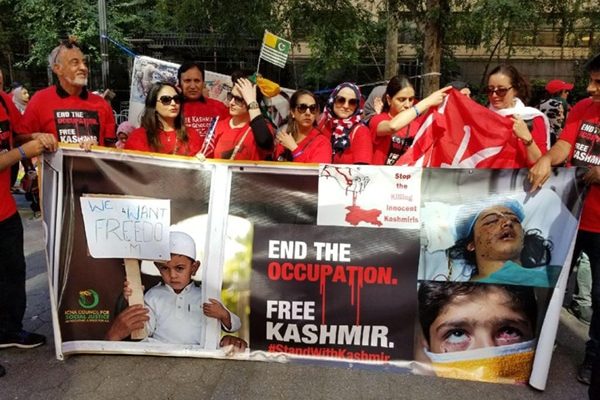 On Tuesday, October 22, the U.S. House of Representatives Foreign Affairs Subcommittee on Asia, the Pacific, and Nonproliferation convened a highly anticipated two-part hearing on human rights in South Asia. While at times touching on other matters in the region, the hearing was largely focused on concerns over recent developments in the disputed territories of Jammu and Kashmir.

The first part of the hearing consisted of the testimony of two witnesses from the State Department (Acting Assistant Secretary for the Bureau of South and Central Asian Affairs Alice Wells and Assistant Secretary of State for Democracy, Human Rights, and Labor – Robert Destro). They were asked repeatedly about the current situation in Kashmir, particularly the communications blockout, reports on the lack of medicine and other healthcare necessities, and the prevention of U.S. diplomats from entering the region. While the State Department officials were very careful to reiterate the importance of the U.S. – Indian partnership and their belief in the long-term integrity of Indian democratic institutions, they did share the concerns of the members and highlighted that the very fact that this hearing was being held was sending an important signal to their Indian counterparts. Chairman Brad Sherman (D-CA) and other democratic colleagues raised concerns over providing proof of citizenship for Muslims in Assam and how Muslims are the only religious group being target through leslagation.

The second part of the hearing had a large witness panel, consisting of Kashmiri-American and Kashmiri-British academics, a Times of India journalist, a representative from Amnesty International, and others. The diversity of this witness panel allowed for some moments of tension and heated exchanges. Certain lines of questioning, particularly by Rep. Yoho (R-FL), allowed for expounding on the role of non-state actors and militant groups for the human rights violations in the region. However, the bulk of the second part of the hearing was still focussed on the communications blockout and the inability of U.S. diplomats to enter the region.

Perhaps the most important takeaway from both parts of the hearing was the constant mention by members of congress of the concerns of their constituents about the issue. Indeed, it seems unlikely that without the extensive grassroots lobbying that has taken place over the Kashmir issue that this hearing would have been called in the first place. Ultimately, the U.S. government has limited ability to force the Indian or Pakistani governments to make significant policy changes over the situation in Kashmir. However, this hearing taking place sends strong signals to the subcontinent that the U.S. government is watching and is concerned.